Beatrice Lumpkin is a 102-year-old woman that first voted for President Franklin Delano Roosevelt back in 1940, and she hasn’t missed a vote ever since. However, for the 2020 elections, she has been advised to stay home throughout the pandemic as she’s extremely vulnerable to Covid-19. The 102-year-old hadn’t missed a vote in 80 years, so she decided to post her own mail-in ballot and vote while wearing full protective gear.

The photos of Lumpkin casting her vote in a hazmat-type pandemic protection gear designed by her grandson were shared by the Chicago Teachers Union – of which she used to be a member.

Good morning! This is 102-year-old CTU retiree Bea Lumpkin casting her vote-by-mail ballot. If Bea can do it, anyone can do it. Vote!

The photo was a massive hit, and Lumpkin has since told WBBM that it was very important for her to vote so she can honor those who secured women’s rights.
“When I was born, women couldn’t vote. And second, because it’s the most important election of my lifetime. The very future of democracy is on the line.” – she said.

Lumpkin claims that she has faith in the system, and said that there’s a whole lot she would say about Trump if she had the chance.

The Chicago Teachers Union escorted Lumpkin to the mailbox and shared the moment on Instagram. 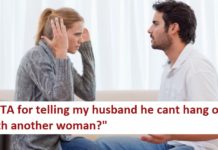 Woman Stops Husband From Hanging Out With A Female Friend, Asks If She’s Wrong 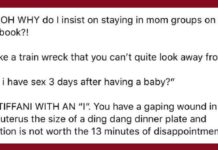 Pete Buttigieg Brilliantly Explains What ‘Late-Term Abortion’ Is All About