When it comes to pregnancy and pregnant women, we often hear the term ‘six weeks pregnant’. However, pregnancy weeks are not measures the way most people think.
According to a Twitter thread that was recently written by NBC News’ Ginger Gibson, pregnancy is measured from the first day of a woman’s last period – which is typically around two weeks before the egg gets impregnated.

So, technically, there’s no actual pregnancy in the first two weeks of pregnancy. Even though it’s weird, it’s how the ‘weeks pregnant’ calculation works.

So, chances are that you wouldn’t know you’re pregnant at the three weeks of pregnancy, and neither would an at-home pregnancy test. The first time you might notice your period is late is at four weeks, and it’s at this point when a pregnancy test might tell you you’re pregnant.

Accordingly, Texas’ new draconian abortion ban would maybe give women around two weeks after they find out they’re pregnant to make a decision. A recent study found that the average woman in the US finds out she’s pregnant at 5.5 weeks of pregnancy, and many don’t even know they’re pregnant until after six weeks.

So, when Greg Abbott, the Texas Governor says that the law gives at least 6 weeks for a person to be able to get an abortion, it’s a false statement. No, you don’t have six weeks to decide – you have 2 weeks at best, and zero at worst.

This concept continues to confuse people – men, mostly men – about when “six weeks of pregnancy” actually happens. So I thought, maybe a thread would help, so political twitter can stop arguing about basic medical facts. 1/

The first day of a woman’s period. Often referred to as “cycle day 1” or CD1. She has no sex. She is zero weeks pregnant.

One week later. She has no sex. She is “one” week pregnant.

Next day she has sex. And she ovulates. Sperm meets egg in the fallopian tubes. Its takes five days to make its way to fid a nice spot in the uterine lining. This is the first time the woman’s body notices that something might be happening here. Starts making HCG. 3/

3 weeks after CD1. “Three” weeks pregnant. The uterus has figured things out, but its virtually impossible for the woman to. She’s not making enough HCG to get a positive pregnancy test or cause the usual pregnancy symptoms. You would need a blood test to determine pregnancy. 4/

Four weeks after CD1. “Four” weeks pregnant. This would be the first day a woman may miss her period. Now, the highly-sensitive pregnancy tests (read the expensive ones) will give you a positive test. But it could take a few more days until a regular test would be positive. 5/

I think it goes without saying – that’s a small window to 1. Figure out your pregnant, 2. Find a place that offers an abortion and 3. Get an appointment. And all of this is based on someone who has a 28-day cycle to miss their period at week 4. 7/

The timing of “pregnancy symptoms” is also interesting. In her book Expecting Better, @ProfEmilyOster cites a study that found the average woman doesn’t experience any symptoms until “6 weeks” and then, less than 50% of women ever report experiencing any nausea. 9/ 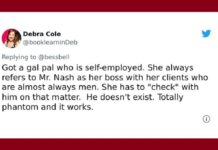 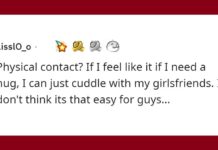 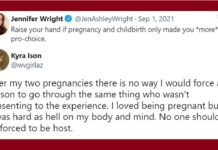 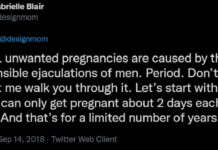