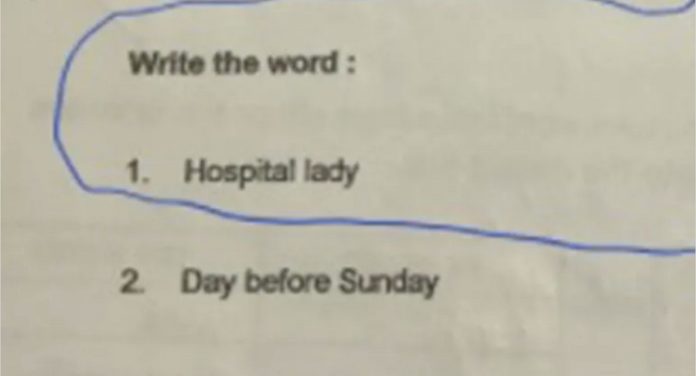 An English elementary school teacher gave their students a list of clues for words that contain the “ur” in them, thinking that the students will stick to days of the week, familiar jobs, or some other intuitive responses.

However, one response from an 8-year-old girl who thought outside of the box has won the hearts of the internet, and what’s even better is that the questioned was clearly designed to have a sexist response.

The teacher, apparently, didn’t anticipate Yasmin’s thoughtful and appropriate response when assigning the questions, but the response hopefully gave the world something to think about.

This is the photo of the assignment, and it was initially shared by the girl’s father Robert: 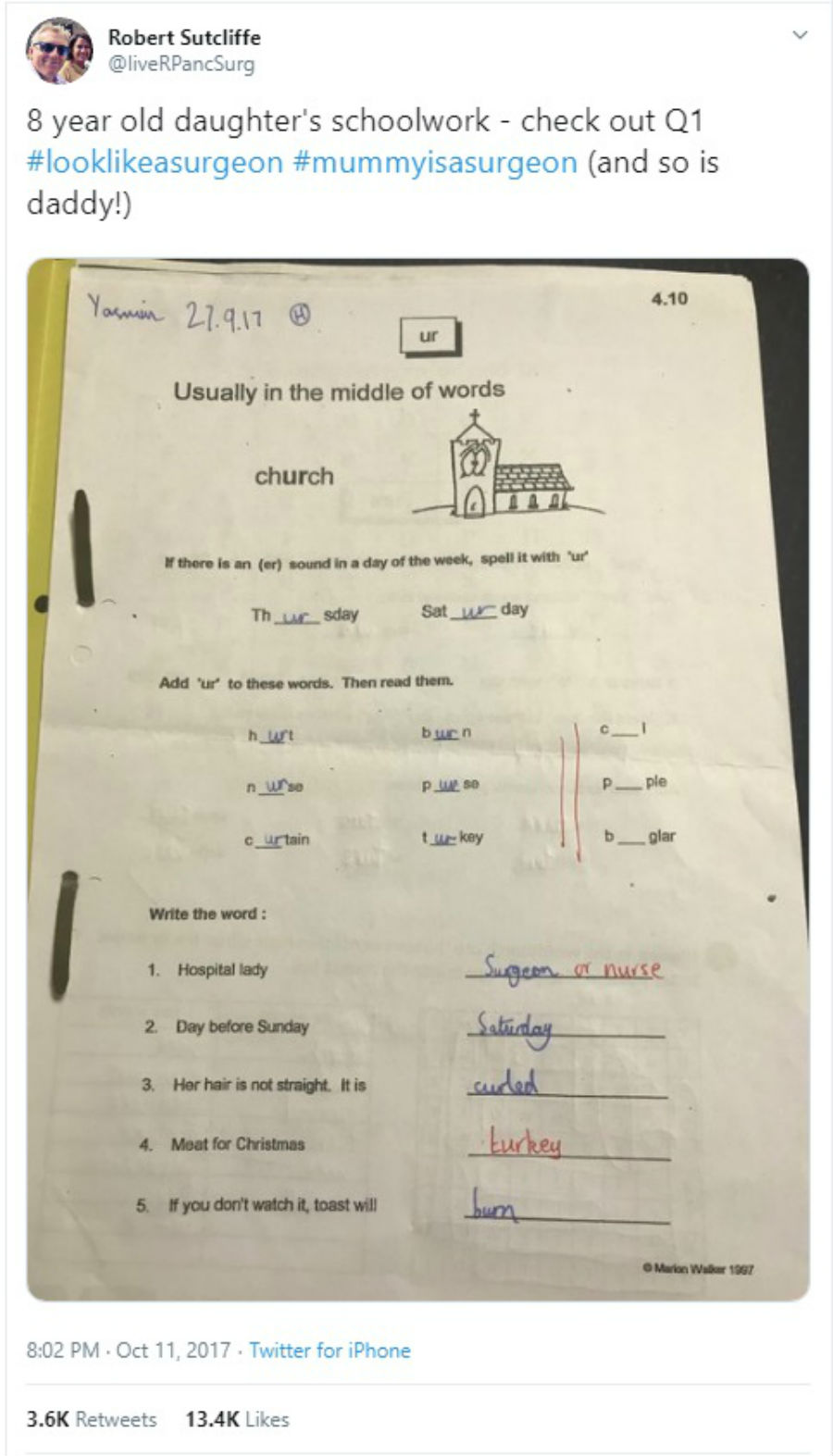 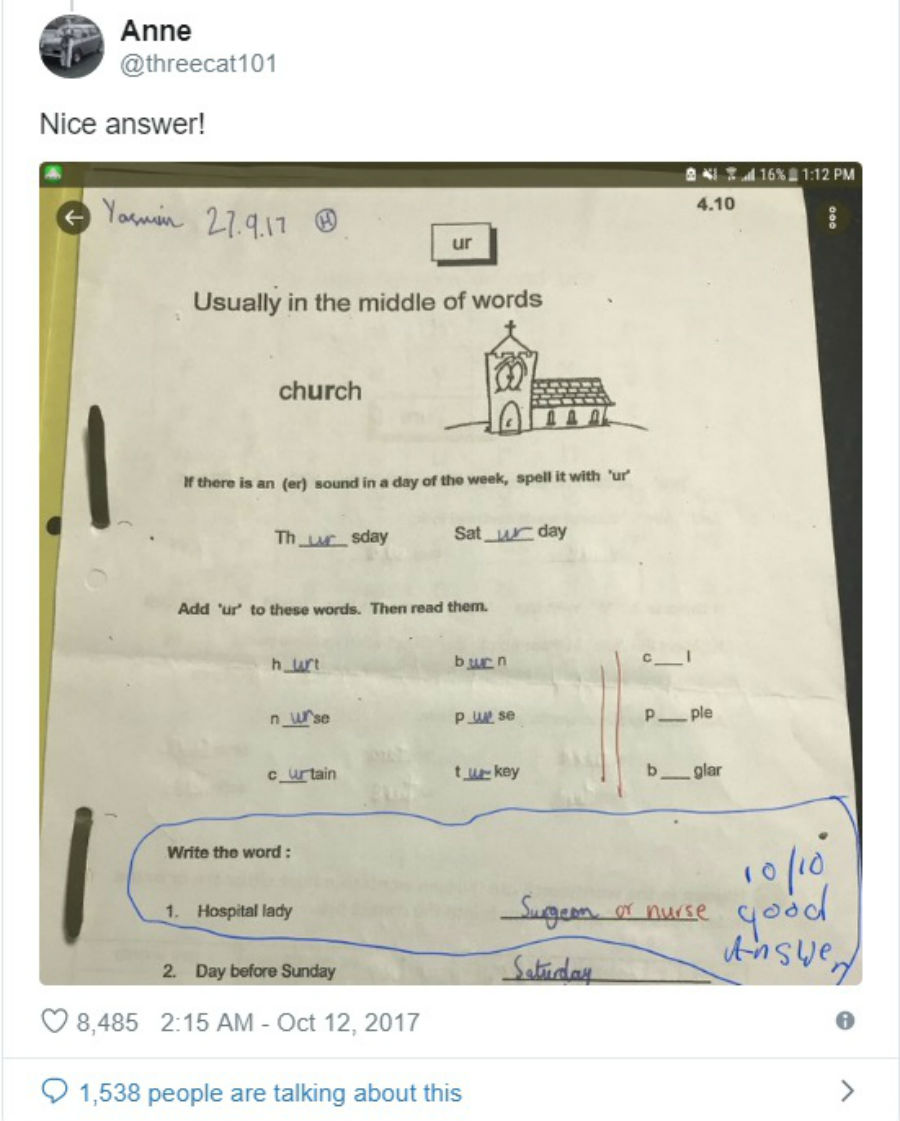 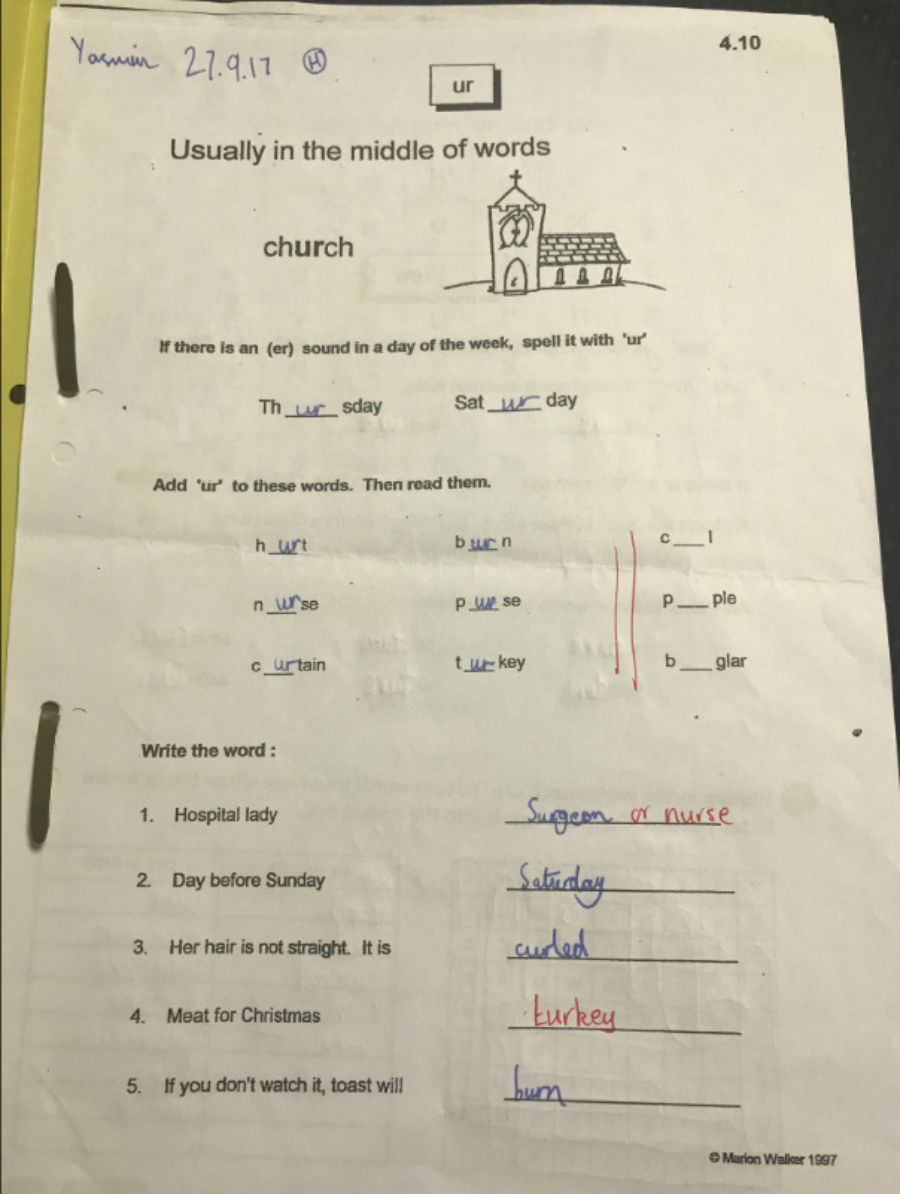 Yasmin’s answer shook the antiquated belief that a hospital lady equals nurse, and many people pointed out that this equates any job at all.

The girl’s answer received a lot of attention on social media, and this is what people thought about it: 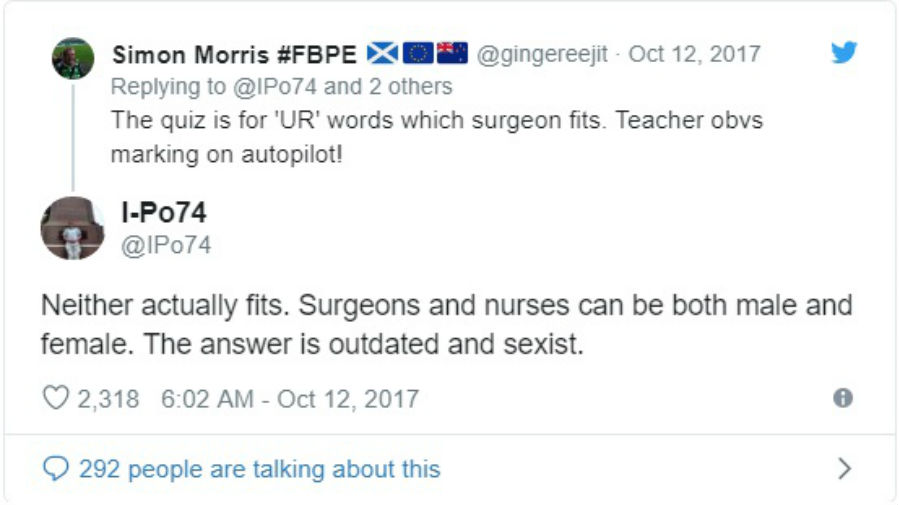 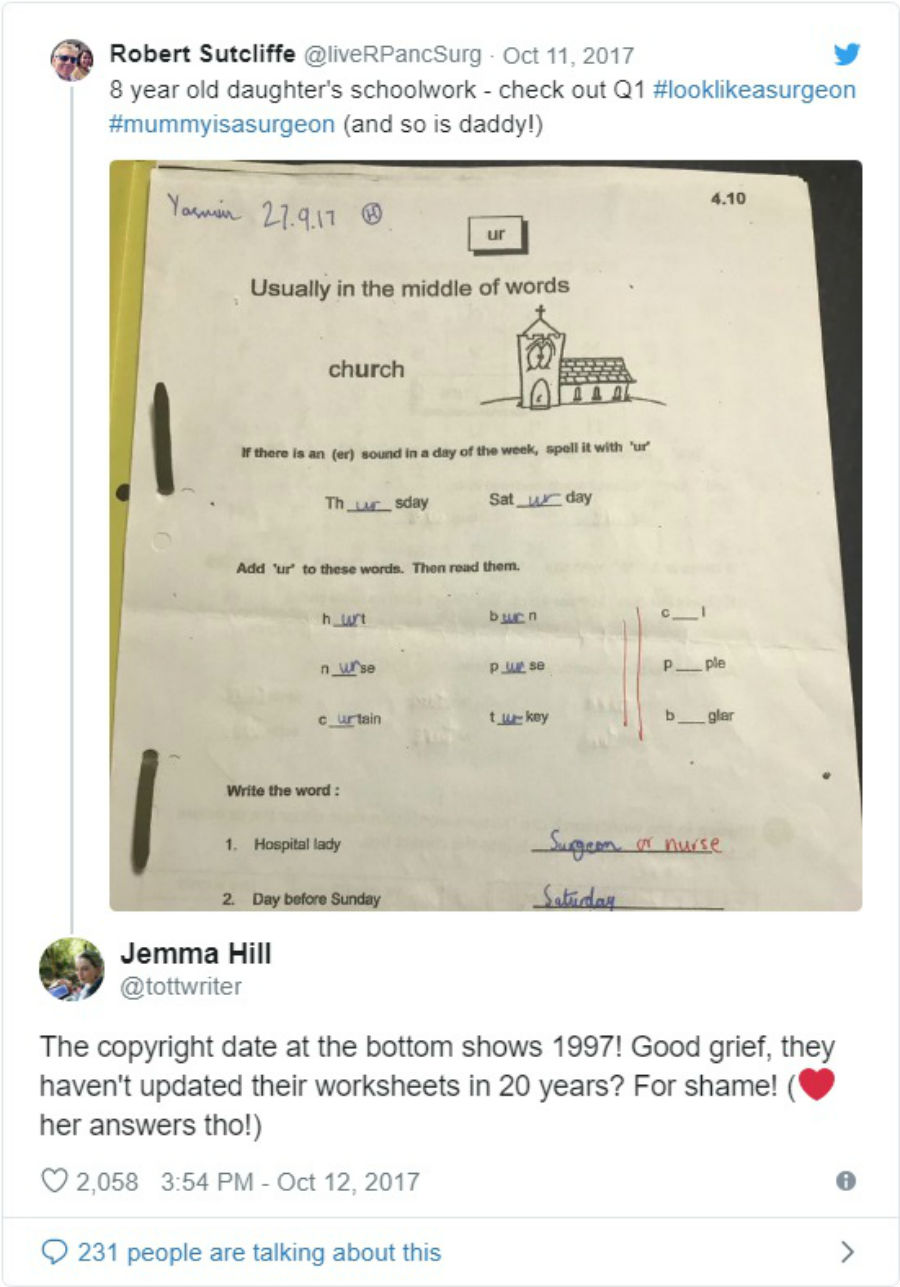