Home Beauty & Health Anti-Vaxxer Who Tried To Scare People With Vaccine Components Gets Debunked With...

Even though they have been debunked thousands of times, the anti-vaxxer conspiracies still continue to spread.
This time, an anti-vaxxer shared a photo that shows the “contents of an influenza vaccine” on Tumblr, and they highlighted a couple of “dangerous” words. Expectedly, they asked people not to give or get any vaccinations for themselves or their children, and they used caps lock to make their claim even more persuasive.

Unsurprisingly, many people responded with arguments that were much bigger than their capital letter, and one response stood out from the crowd.

The extensive and very informative response did have a couple of small factual mistakes, but the argument is valid. The lengthy post made its way to Reddit, and this is what people had to say about it: 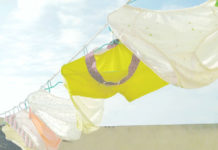 Granny Panties Are Making A Comeback And We Absolutely Love It