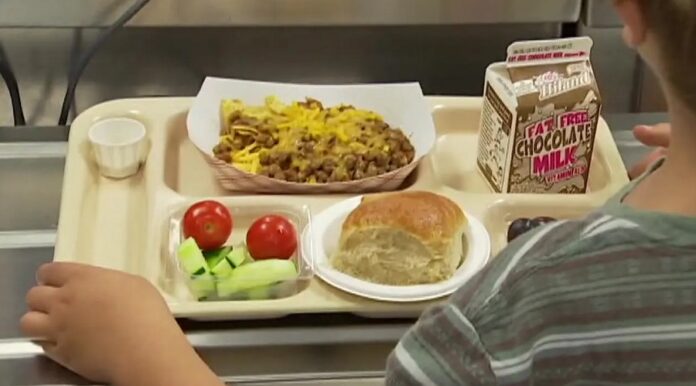 The record-high inflation and gas prices have pumped up the prices of food on unforeseen heights across the country, and California is no exemption. Food insecurity is a real thing across the state, and to address this, the state’s policymakers have developed the Universal Meals program.

The new scheme will provide free meals to all children that attend school (among other things). The landmark move is a big win for educational districts in the state, where, according to reports, 1 in 5 residents struggles with food insecurity. The first school district to pilot the program was Merced Union High School District (MUHSD), and the Universal Meals program is a part of the Assembly Bill 130, which was signed into law by Governor Gavin Newsom back in July.

Schools at MUHSD have already started offering free meals for breakfast and lunch for all students, which relieves a lot of pressure from the students and helps them focus on their classes.

Erin Tassey, the Director of Nutritional Services at MUHSD said that health and equity are the top priorities for the school district. In an interview with the news outlet, he said:

“When a student would come through a lunch line and they were considered to be a free student, it would create definitely a barrier with getting meals during the day. Now, students do not have to worry about where their next meal will come from and will have access to at least two nutritionally viable meals every day.”

The Universal Meals program is funded by both state and federal funds, and it’s designed to build on the foundations of the National School Lunch Program and School Breakfast program. It expands California’s State Meal Mandate to include both a nutritiously adequate breakfast and lunch not for needy children, but for all children. High-poverty schools are expected to participate in a federal provision, and the California State Legislature will allocate funds to provide additional meal reimbursement to cover the cost of the Universal Meals Program.