Home Parenting Dad Asks If He’s In the Wrong For Encouraging His 5-Year-Old Daughter... 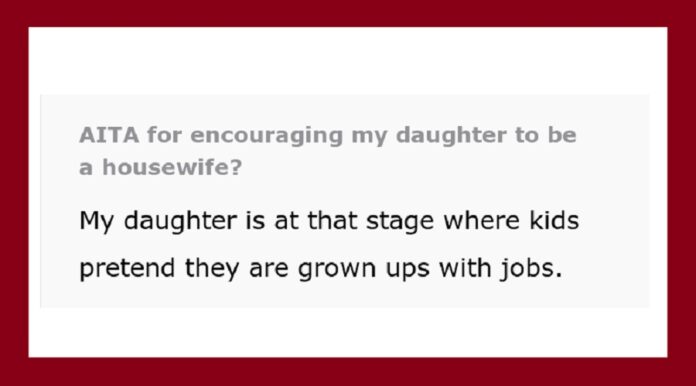 Whether they already have kids, or dream about having kids, many people wonder what their kids will be like when they grow up, what will they do for a living, will they live a safe, comfortable, fulfilling live, etc. Don’t worry, it’s only normal, and we all do it.

However, how should you act if your kid tells you that they dream about being a housewife? Would you be supportive of the idea, or would you tell your daughter that they should dream of a more independent career?

I know that we all want to teach our children that ‘the sky is the limit’ and that they can be whatever they want to be, but what if they really want to be a housewife?

Well, one dad of a 5-year-old girl recently shared that his daughter ‘is a dreamer’ and she says that she wants to achieve great things in her life, and this is usually influenced by TV or the people she meets. The last three weeks, his daughter decided that she wants to be a housewife when she grows up. Her dad was fine with that, and he kept playing along, as with all the other ‘professions’ she had been dreaming about, such as being an astronaut, a nurse, a teacher, etc. However, his neighbors accused him of not encouraging his daughter to dream about ‘bigger things’ in life, so now the dad wanted to know if he was in the wrong for encouraging his daughter to be a housewife. Check out the story for yourself below, and decide who is in the wrong here. 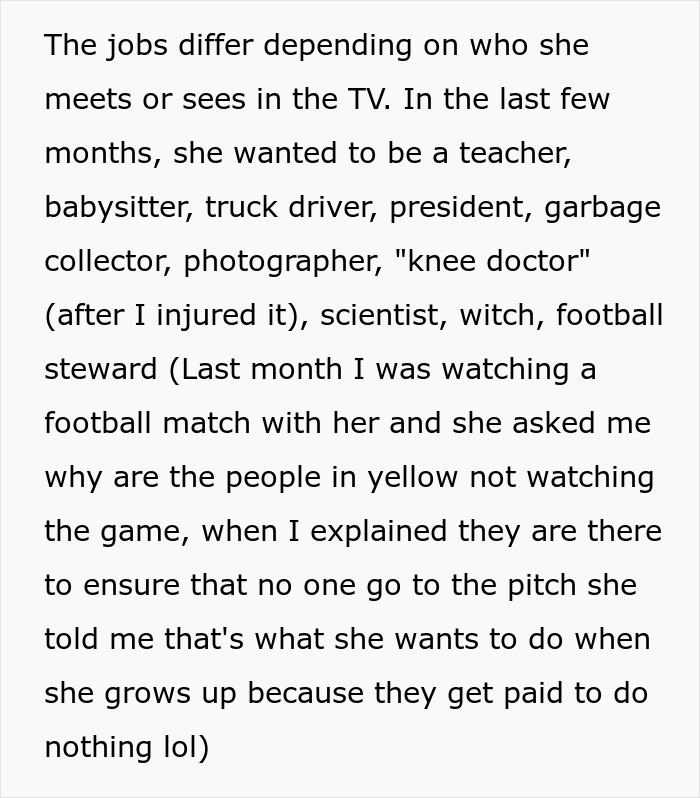 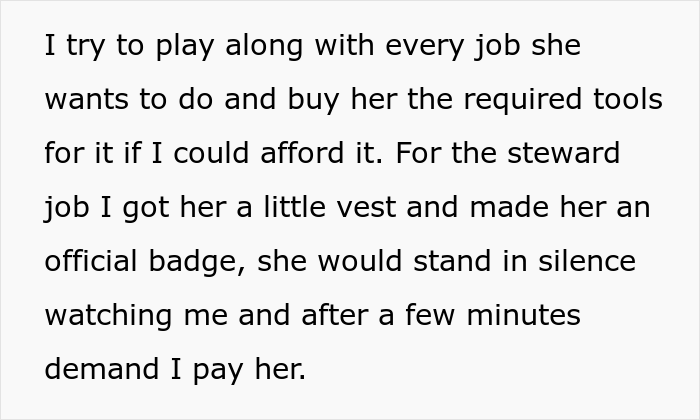 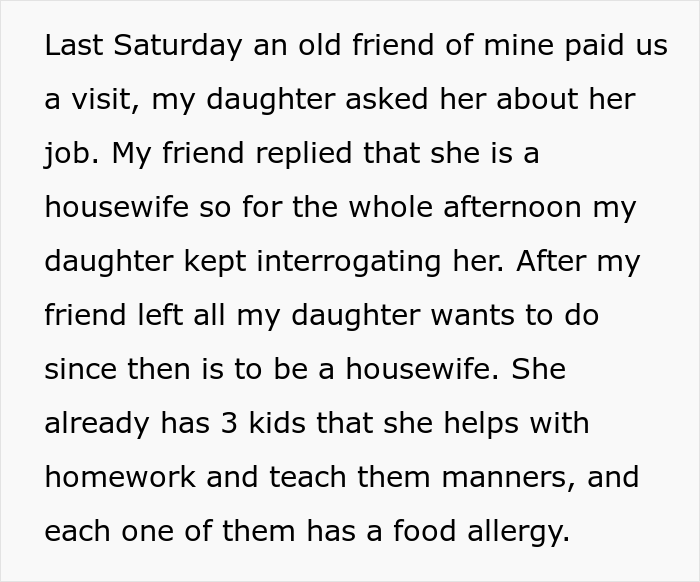 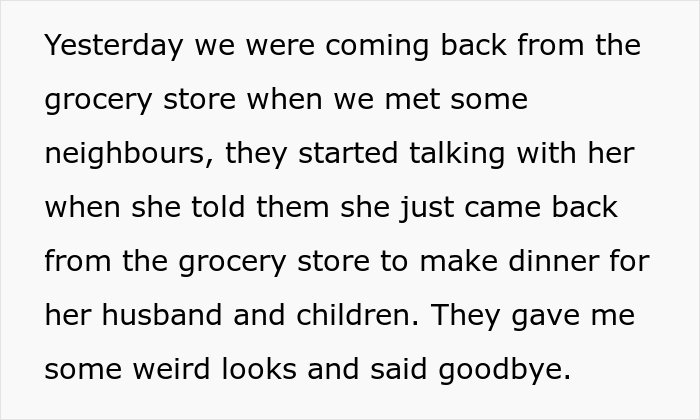 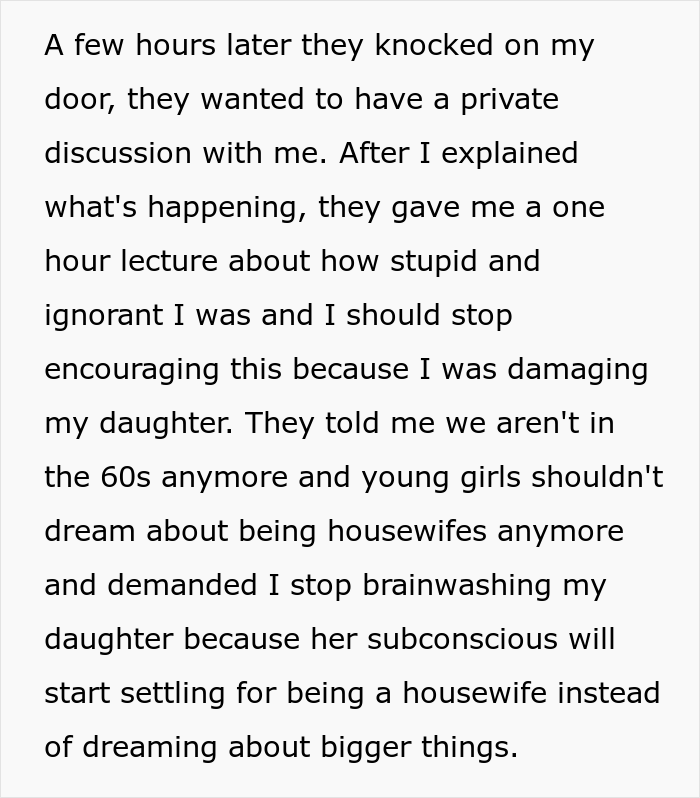 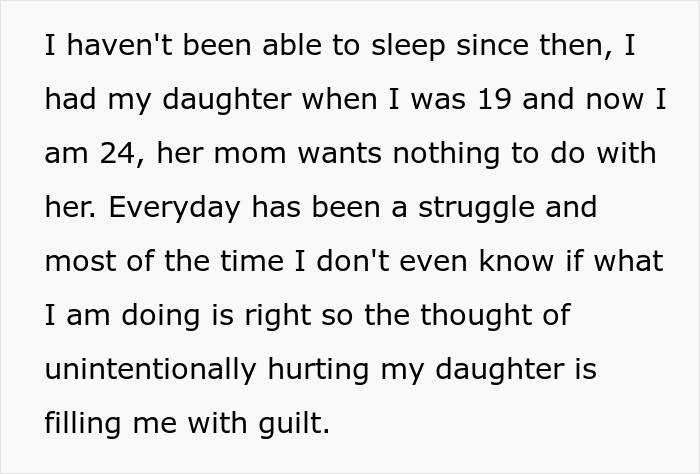 Most people sided with the dad here, saying that it’s none of the neighbors’ business what his kid wants in life. Additionally, most people said that, judging by the story, he’s a fabulous dad and he’s doing an excellent job with his daughter. 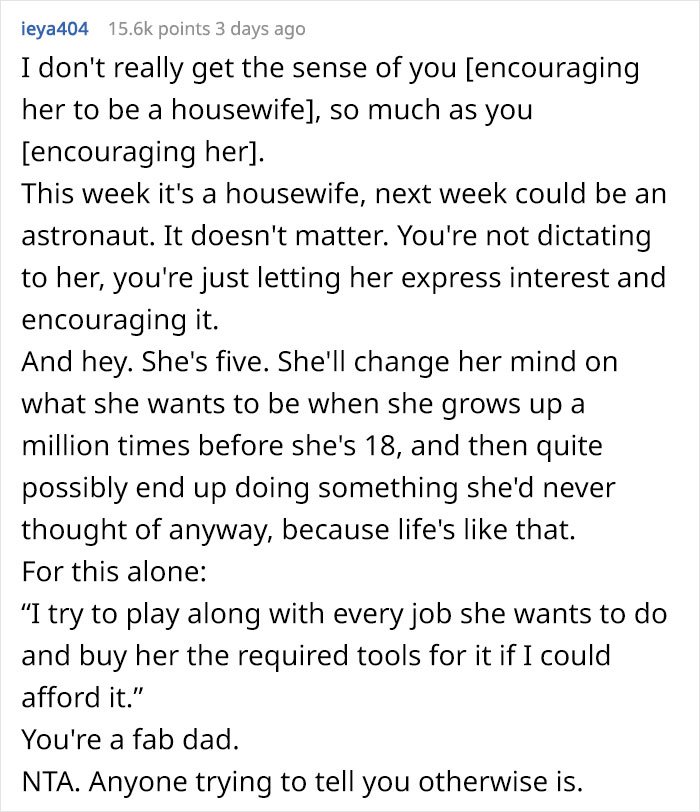 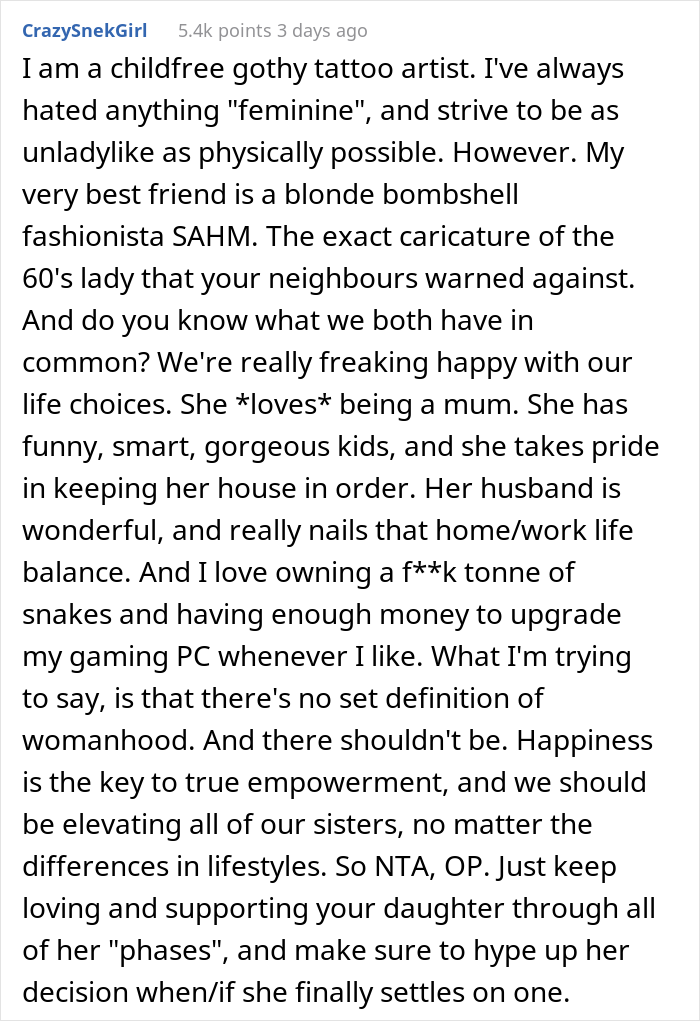