Home Parenting Dad Asks If He’s In The Wrong For Not Going To The... 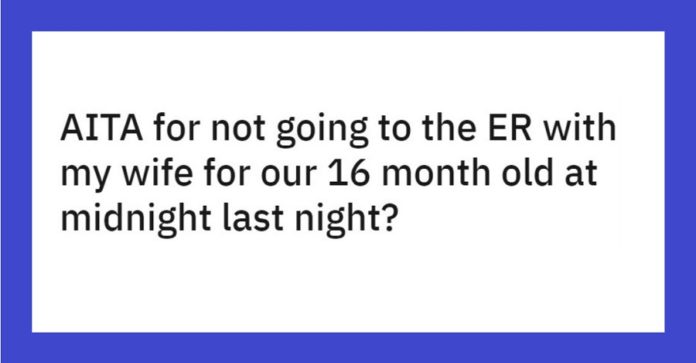 Parenting is anything but easy, and even if you think that you’ve talked through every potential issue, certain situations will arise, and you and your partner are likely to disagree on how to handle them.
A dad recently decided to post his story on the AITA subreddit in order to ask fellow Redditors if he was in the right or wrong in the disagreement he has with his wife about how to handle their daughter’s fever and cough.
He explained that their 16-month-old daughter had been running a fever of 101-ish degrees for little over a day, and she was coughing, “but was still happy as a clam and eating and sleeping normally”.

His wife kept going into their daughter’s room throughout the night every 20 minutes or so to listen to her breathing, and she eventually camped out in there with a blanket and pillows. The dad wrote that his daughter sounded quite OK to him, and “no worse than any of the other colds she’s had”.

His wife, however, started packing the baby bag around midnight and said that she’s going to the ER. He told her that he doesn’t think it’s that bad and she’s overreacting, but she decided to go anyways.
Check out the full story for yourself below: 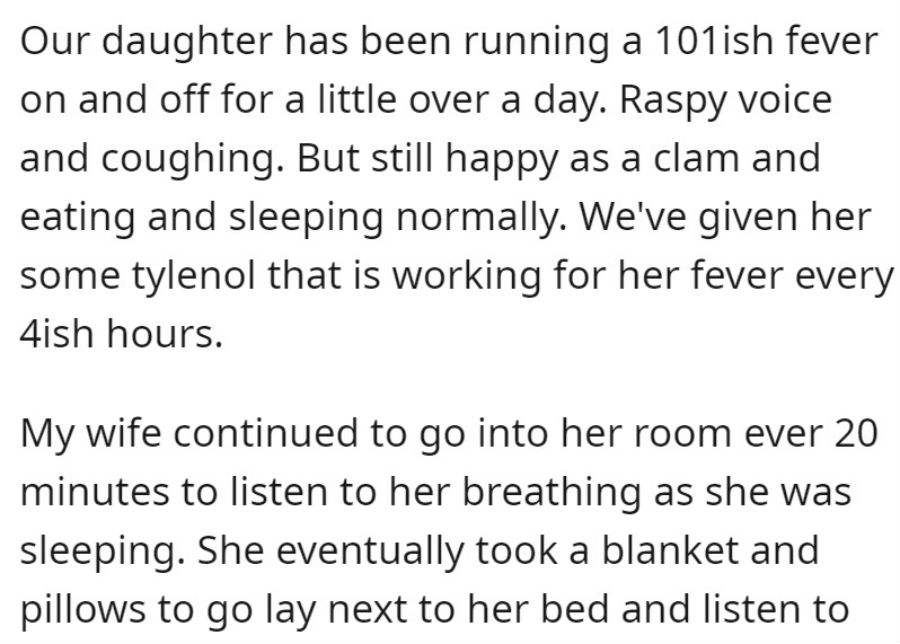 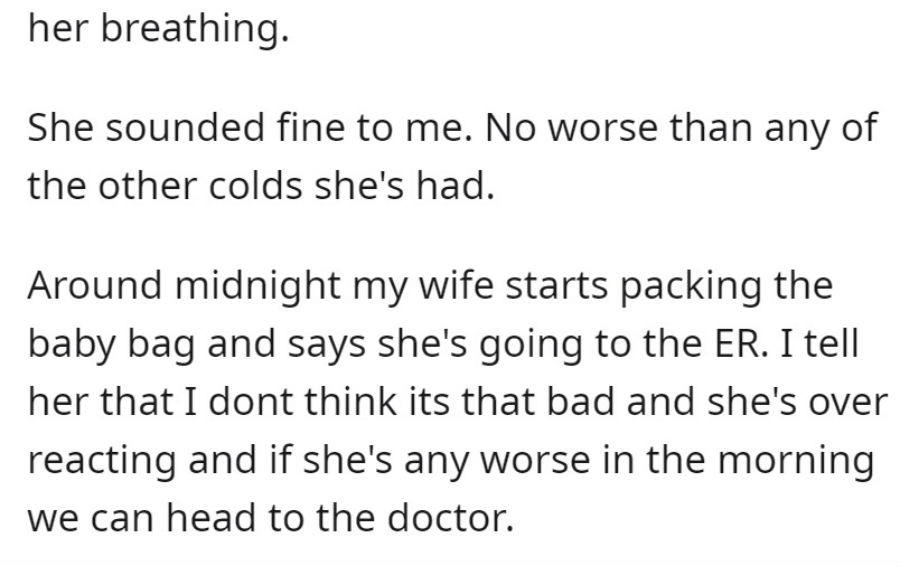 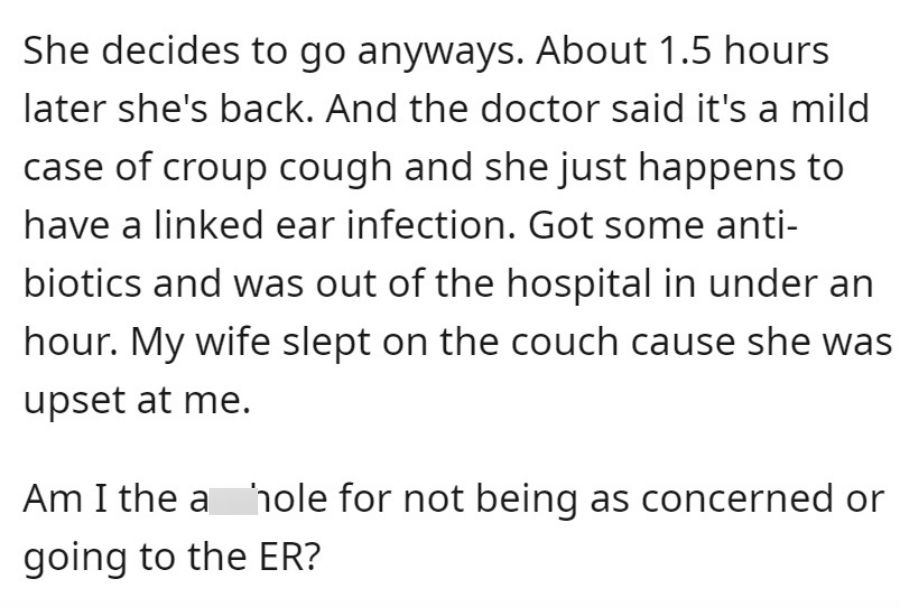 Even though some people wrote that his wife might have overreacted a bit, they were still on her side and wrote that he’s in the wrong in this situation. To add to that, almost everyone agreed that when your wife decides to go to the ER, you don’t just leave her and your daughter! 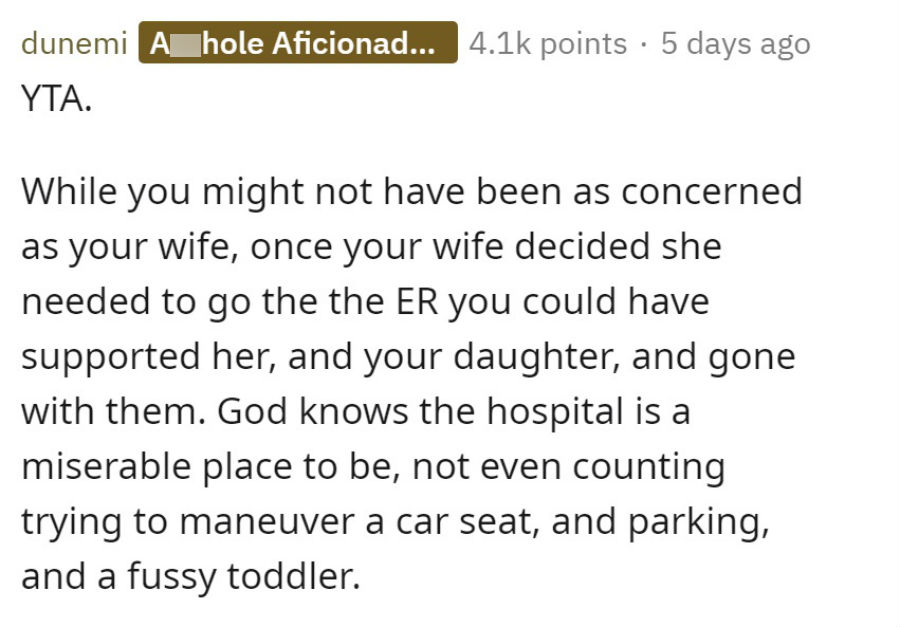 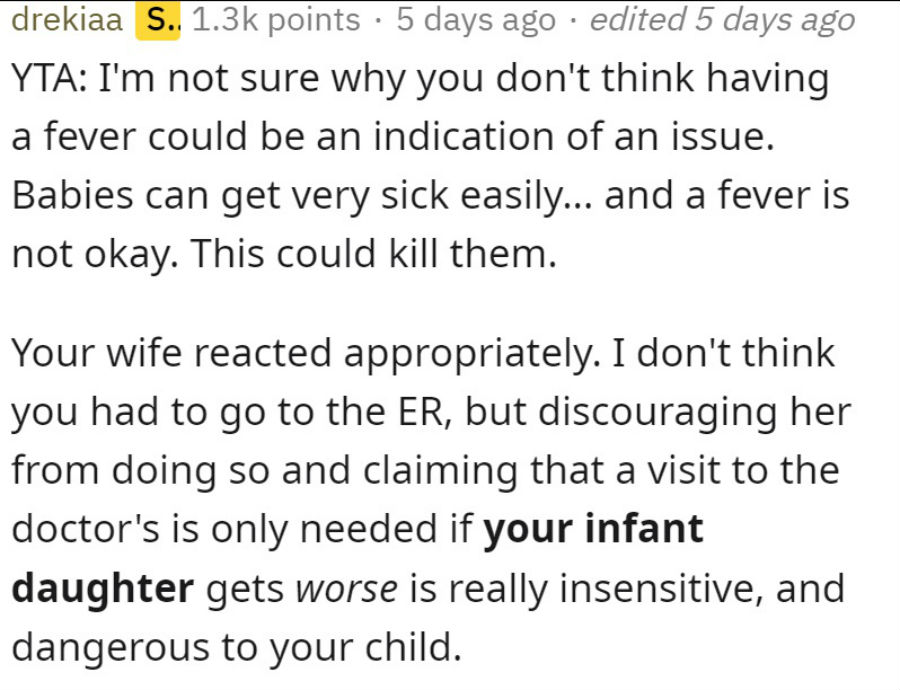 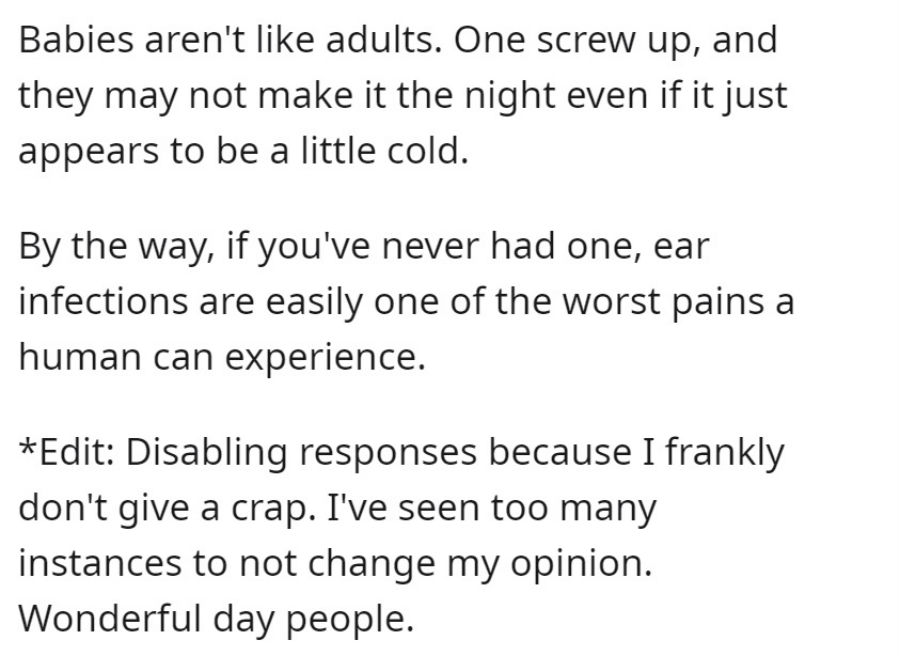 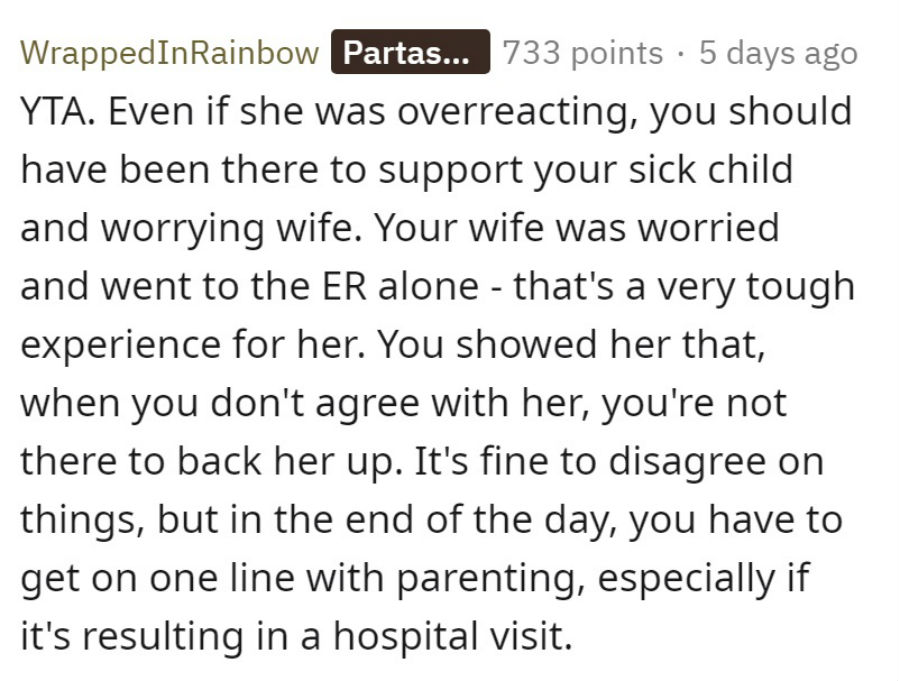 The dad posted an update to the situation later, in which he wrote the two resolutions of the situation and thanked everyone who shared their honest opinion. 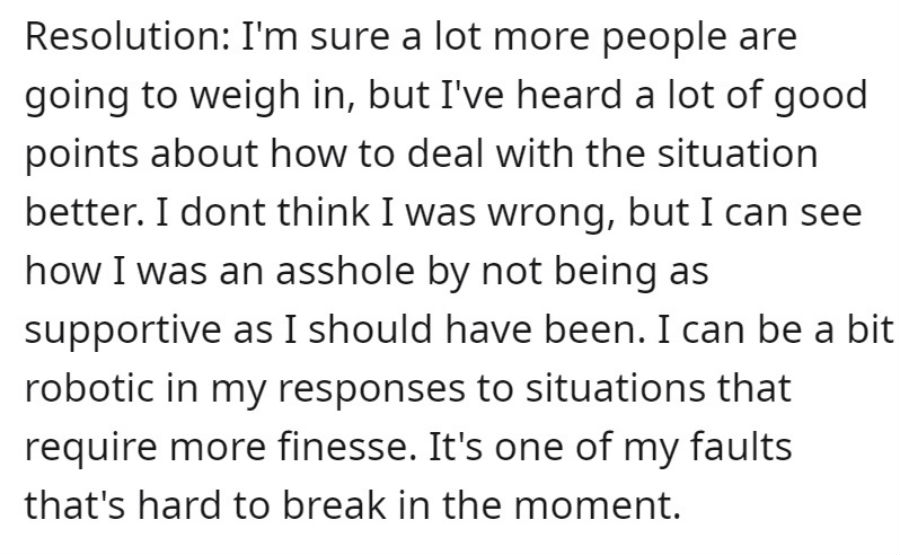 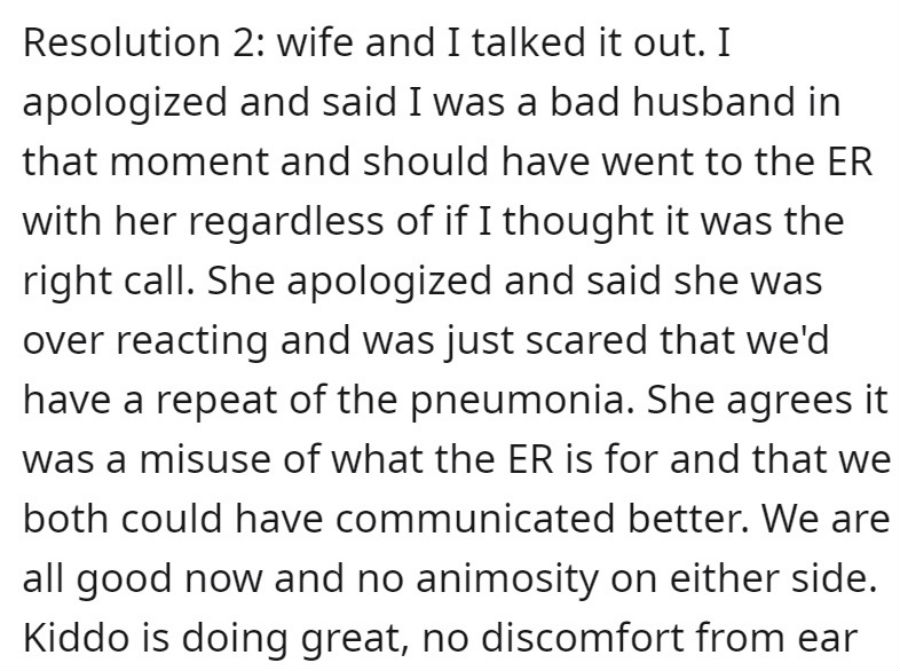 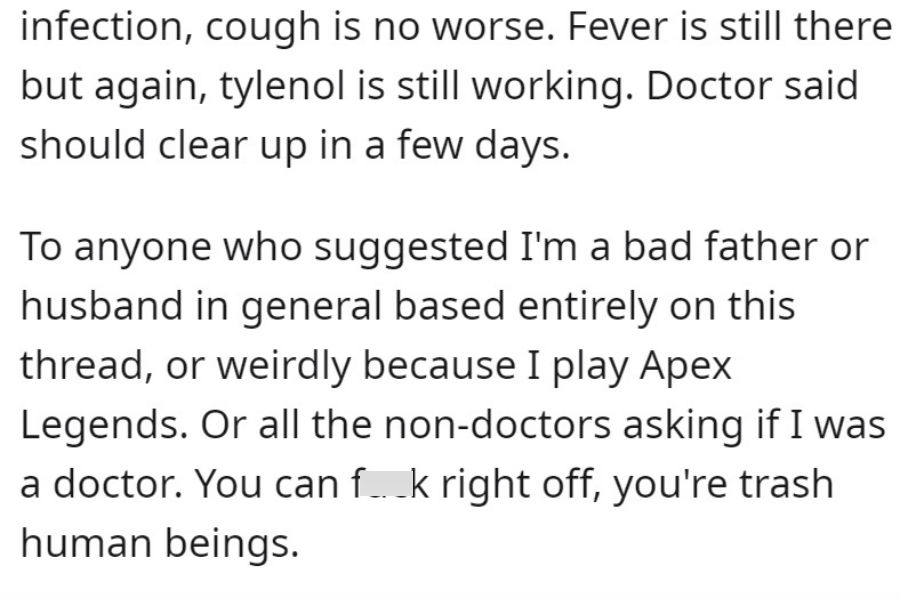 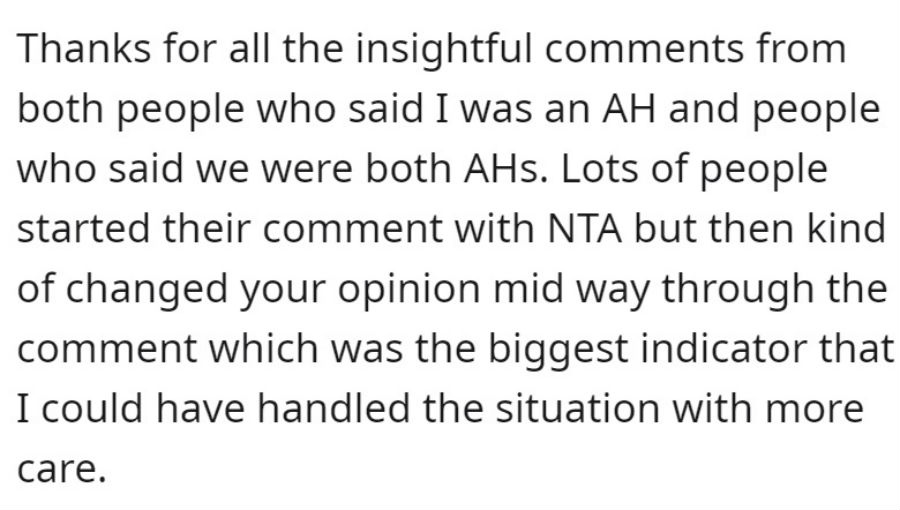