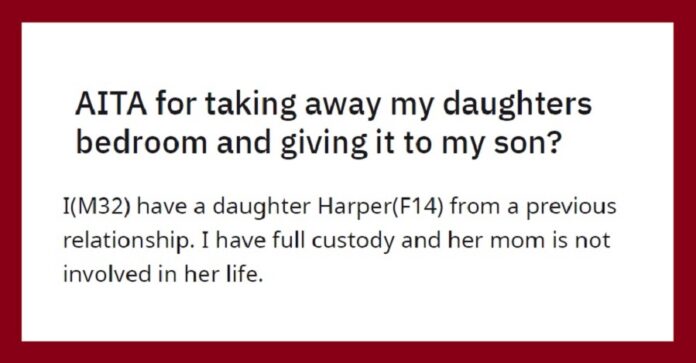 If you’re a part of a blended family, you’re probably aware that it can be a stressful experience – especially for the parents. Parents usually want to make sure that the whole family is happy and satisfied, but sometimes it’s impossible to please everybody – and you have to make choices. However, when this father of two girls decided to give his teenage daughter’s bedroom to his newborn son (the girl’s stepfather) – a problem evoked. So, the dad didn’t know if he did right or not, so he decided to take it to the popular Am I The A-hole subreddit and ask whether he was in the wrong for taking away his daughter’s bedroom and giving it to his son. 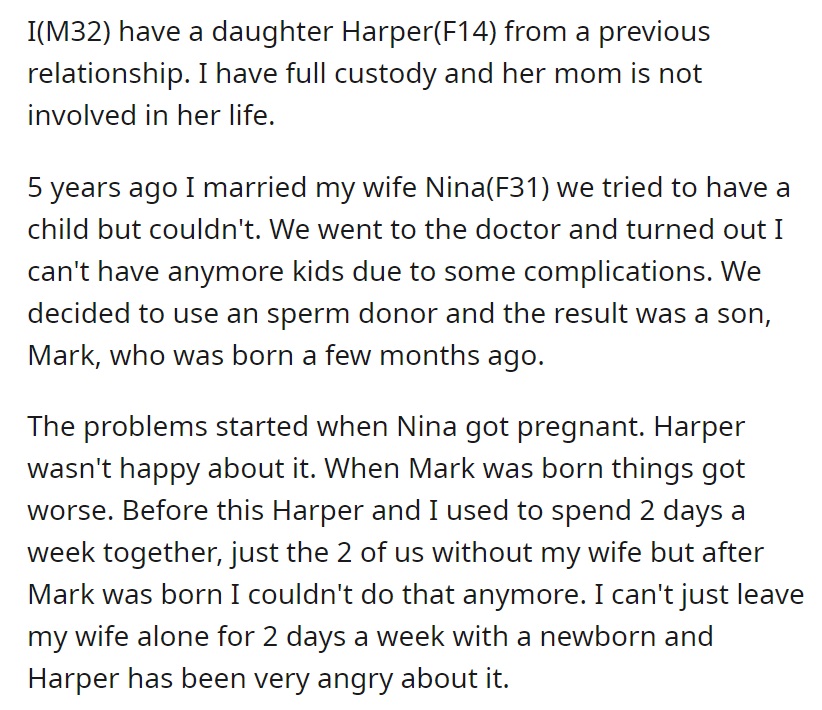 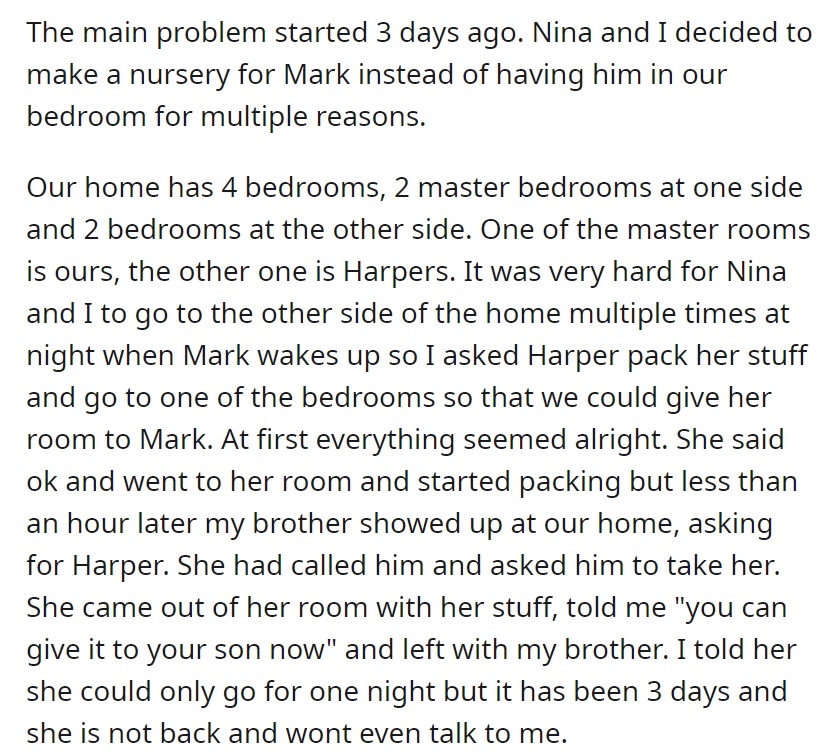 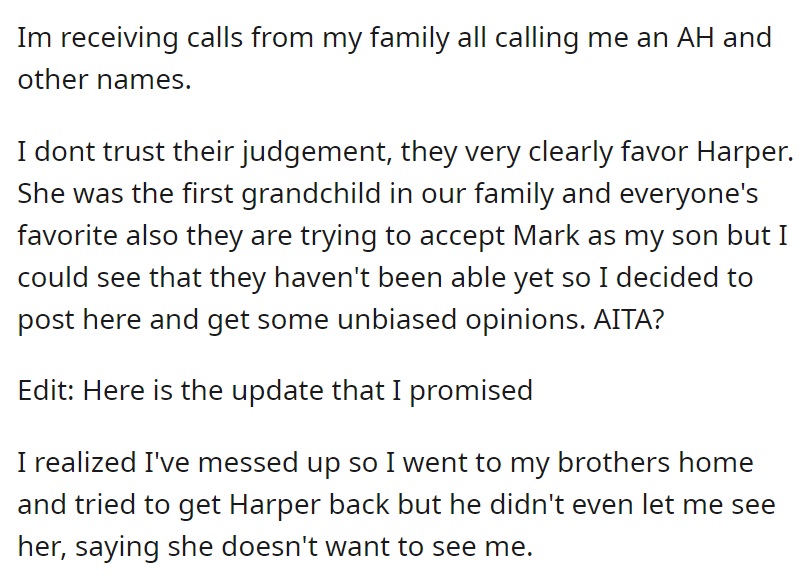 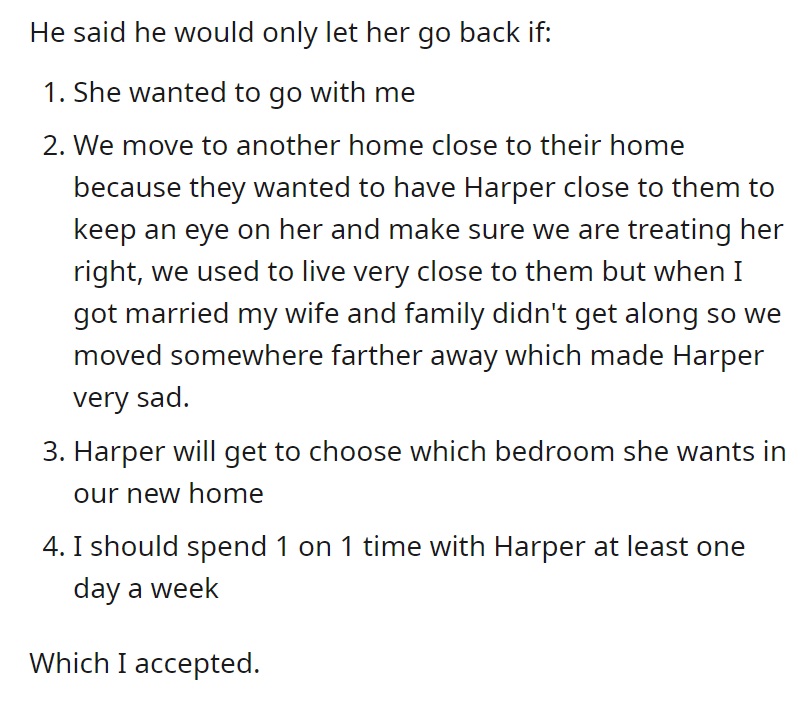 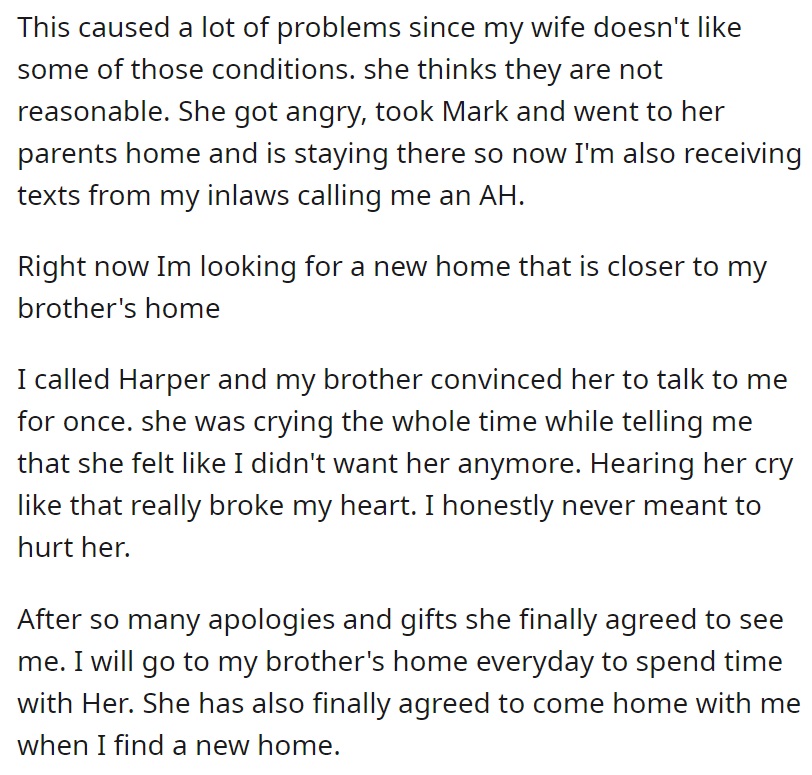 Although the opinions were divided, most people voted that the dad is, in fact, the a-hole here. Some blamed him for forgetting his ‘first family’ after he got a new family, and others noted that a newborn doesn’t need to be placed in a bedroom for at least a year – and there was no reason to take the room away from the teenage daughter. But what do you think? Who do you think is in the right here? Feel free to tell us in the comments. 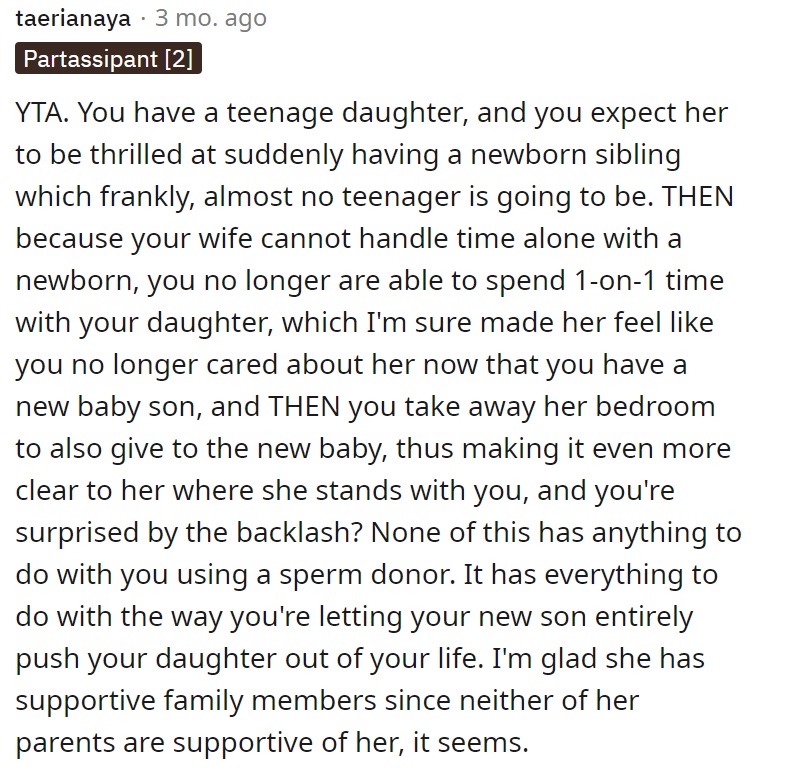