Jordan Driskell is a father of five children who regularly posts videos of his lifestyle with his quintuplets and his wife Briana. However, his parenting choices recently came under scrutiny after he shared a video of himself walking his children on leashes.

Driskell took it to TikTok, where he’s famous under the username @drixxleman, to share the story of how his wife became pregnant with IVF, and what it was like having and raising five children at the same time. Having quints in the house, all of the same age – can you imagine that? The couple also regularly shared the adventures they go to, and many viewers are fascinated by the wholesome content. Expectedly, people have countless questions about the unique experience – and one of the most common ones is: How do you handle it when walking in public? So, Driskell shared that he uses children’s leashes for his kids – but the Internet had a lot to say about it.

Some people praised the parents and gave them credit for doing what they need to do to keep their family safe.

Others, however, criticized the parents for putting their children on leashes, and referred to their quints as ‘dogs’ or ‘rescues’.

The parents were having none of it, and Driskell trolled the skeptics with videos of him and Briana ‘training’ their kids like they’re dogs. Clearly, this was a satirical response, and judging by the videos they post on social media, we believe that the family enjoys their time together. 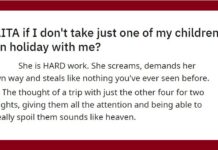 Mom Wants to Exclude Disabled Daughter From Family Vacation, Asked If It Would Be Wrong 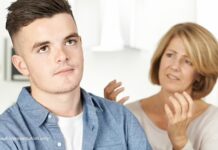 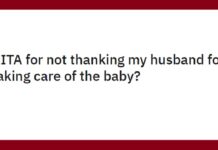 Mom Refuses To Thank Husband for Taking Care of Their Baby, Asks If She’s Wrong

WRN - October 6, 2022
0
"Today, I did it." Our world is still full with prejudiced and discrimination toward queer couples, so it’s no surprise that for some it takes...

Pregnant Wife Asks Husband Not To Drink Alcohol On Their Upcoming...

WRN - October 3, 2022
0
Needles to say, too much drinking is one of the main reasons for marital and family quarrels. Alcohol in all its forms has broken...

WRN - September 28, 2022
0
Cover photo credit: cottonbro After losing her husband about 20 years ago, Hannah Ford found herself in a dark place, especially after her own five...

Woman Calls Out Relatives For Treating Her Differently After She Lost...

WRN - September 26, 2022
0
Making some big changes in your life require a ton of willpower, disciple and dedication. The process can be very frustrating and exhausting, especially...

D. N. - September 22, 2022
0
Jake Maddock is an Australian self-proclaimed relationship coach who promises his clients a '10/10 relationship' if they follow his 'tough love' approach. Expectedly, his...