Home Parenting Dad Of Four Girls Shares The Funniest Conversations He Has With His... 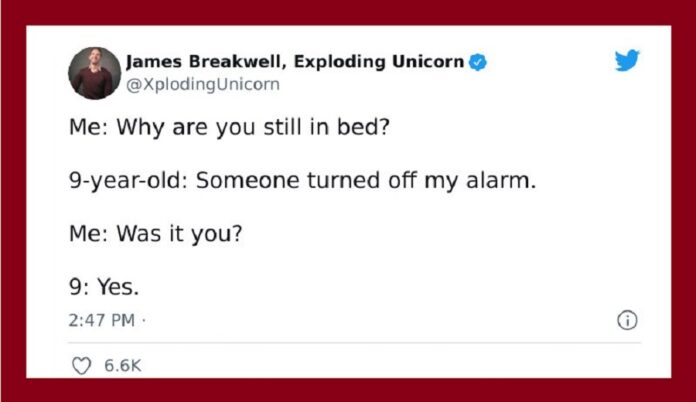 James Breakwell is a professional comedy writer, illustrator, father of four girls, and one of the most famous dads on Twitter.

James is also the founder of the hilarious Exploding Unicorn project, and he regularly tweets the funniest encounters he has with his four girls.

Between balancing work and life (read parenting), he manages to give people on the internet a crack with his hilarious stories.

To make your day even better, we’ve rounded up a collection of some of James’ funniest tweets about the ‘chaos’ in his home, and we believe they’ll make you burst out of laughter! 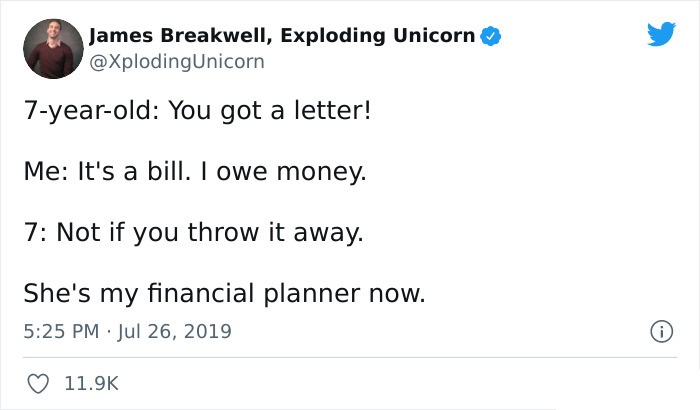 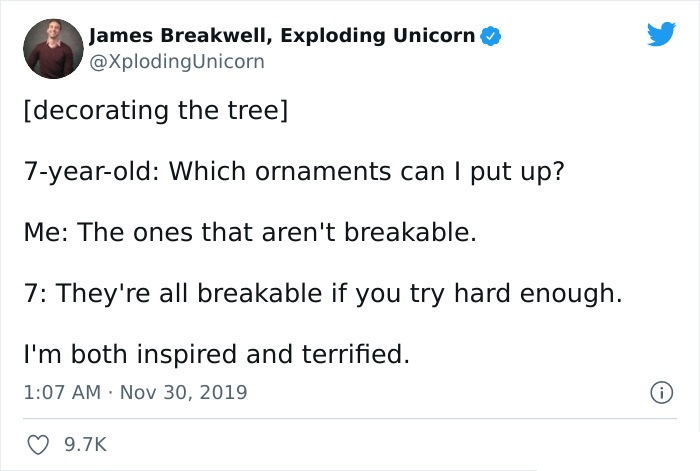 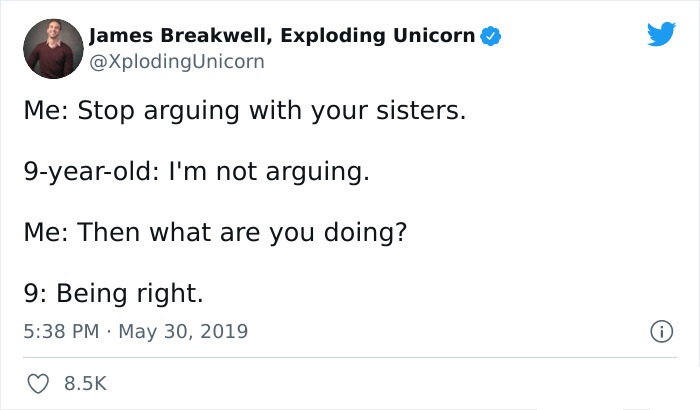 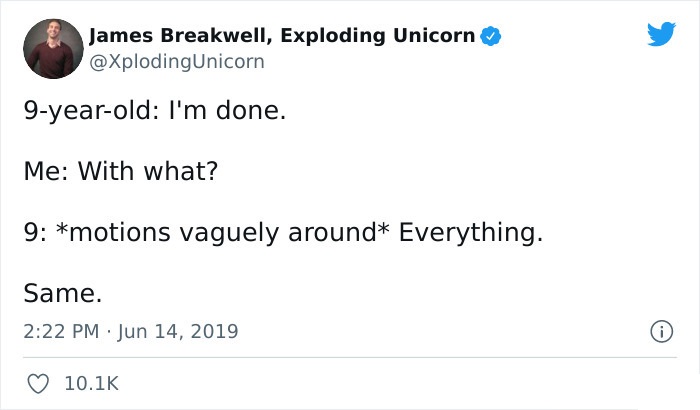 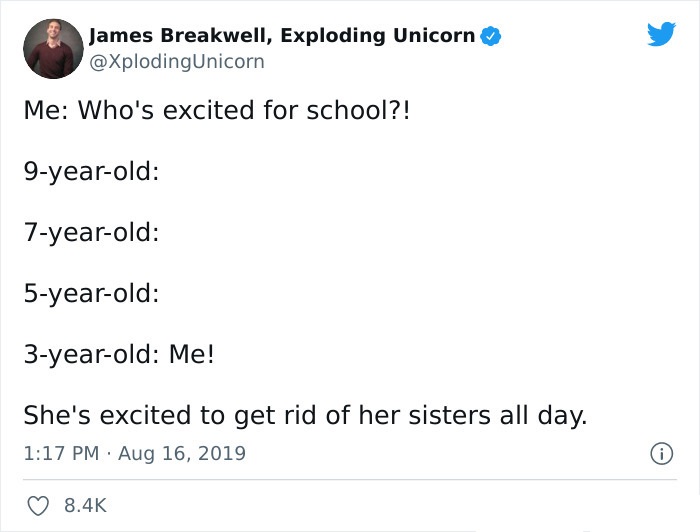 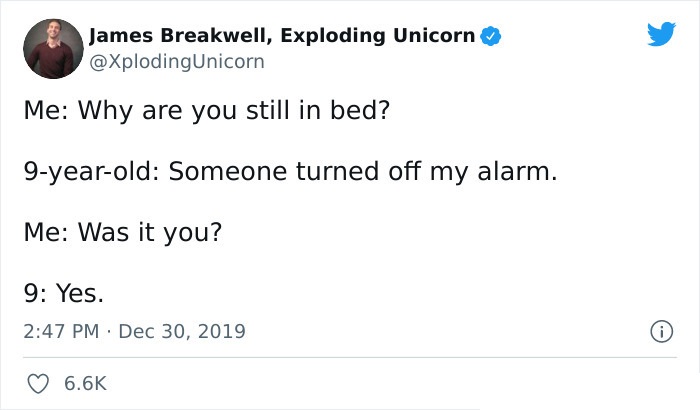