Many people find handling rejection incredibly hard. Thankfully, though, we have a number of tools where we can channel our post-breakup sadness into something creative, and Dianne Laurence certainly used some of them.

She split from her ex-husband after he left her for a younger woman, even though the two of them had been together for 26 years.

However, instead of letting sadness take her, Dianne decided to battle the trauma with humor, and so she created her awesome Instagram account.
I mean, this can easily be something out of a movie. The first thing you should know about her is that she is truly and genuinely entertaining and hilarious.

Even when she writes that “apparently she sux as a wife”, she doesn’t let that get her down.

And even when she’s wearing some the crazy leopard prints or sparkling garbs, it becomes clear that this is 100% who she is.
Her many uplifting and plain hilarious videos will make you realize that she’s trying to make the most fun out of life as possible: This is an enthusiastic woman, and it’s infectious! Yes, she was the owner of a very successful wine business. However, since she no longer has a business to run, she is focused entirely on creating a truly awesome and unique Instagram account.

Well, are there any other words than ‘awesome’? Dianne Laurance absolutely enjoys life, and she re-invented the way one gets through a depressing time in their life. Raise Your Standards And Don’t Settle For Average Man, Woman Lists The Things Her Fiance Does To Make Her Happy 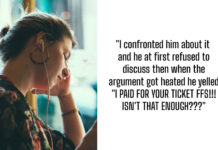 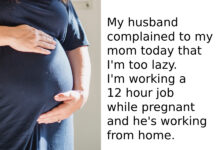