Home Activism Greta Thunberg’s Response To Rumors And Lies About Her Shows How Brilliant...

If you haven’t been living under a rock, you probably know who Greta Thunberg is. However, depending on your chosen media and information outlets, what you think about her might be totally false.

There have been numerous false statements about the Swedish teenager in a number of media outlets, and here are some actual comments made in just one article last week.

Thunberg decided to take it to Twitter to address her critics, saying that they “come up with every thinkable lie and conspiracy theory” and that they “will cross every possible line to avert the focus, since they’re so desperate not to talk about the climate and ecological crisis”.

She added that being different is not an illness and the current, best available science is not opinions – but facts.

Greta Thunberg made the news in Sweden long before she became a global star, and there are many news articles about her school strike and how she ended up where she is now.

To add to that, Thunberg addressed all of the rumors about her and explained her history in February on Facebook, and people still continue to share the same falsehoods.
The fact that the teenager has to correct the adults who should know how to research is really sad.

People can argue with the solutions that Thunberg puts forth, and that’s fine. However, what’s not up for debate are the verifiable facts about her history, and the fact that being on the autism spectrum is not a mental illness.

What’s also not up for debate is the fact that the vast majority of scientists have all said that climate change IS happening, and humans are contributing to much faster-than-normal global warming, and that if we don’t do something about it, we will face disastrous consequences. 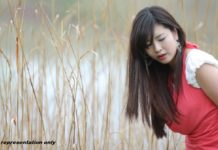 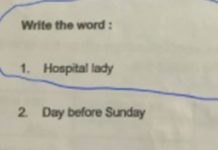