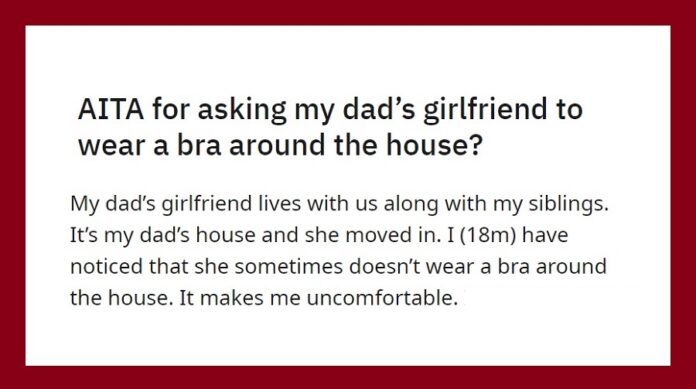 The feminine form has been the inspiration for many songs to be sung, stories to be written, and even wars to start. And, as it turns out, it can make for uncomfortable family dinners.

Namely, one young man recently decided to take it to the Reddit’s Am I The A-hole sub and share his story to get an honest opinion from the people’s court. However, we assume that he didn’t get the answer he hoped for.

The 18-year-old lad asked: “Am I The A-hole for asking my dad’s girlfriend to wear a bra around the house?”

He shared that his dad’s girlfriend lives with them, along with his siblings, and it’s his dad’s house so she moved in. The OP had noticed that sometimes she doesn’t wear a bra around the house, and he complained that it makes him uncomfortable. So, he asked her if she could wear a bra because it makes him uncomfortable, but she responded ‘no’ because it’s her house too.

The guy didn’t think that it was too much to ask for, but he wanted people’s opinion on his ‘problem’.

Maybe this wasn’t the answer he was expecting (or at least hoped for), but most people voted that he is, in fact, the a-hole here.

As most people suggested, it is NOT women’s responsibility to dress in a way that makes him comfortable. Moreover, bras are very annoying, and having to wear one 24/7 in your own home would suck.

So, people suggested this guy gets a grip and starts behaving better. 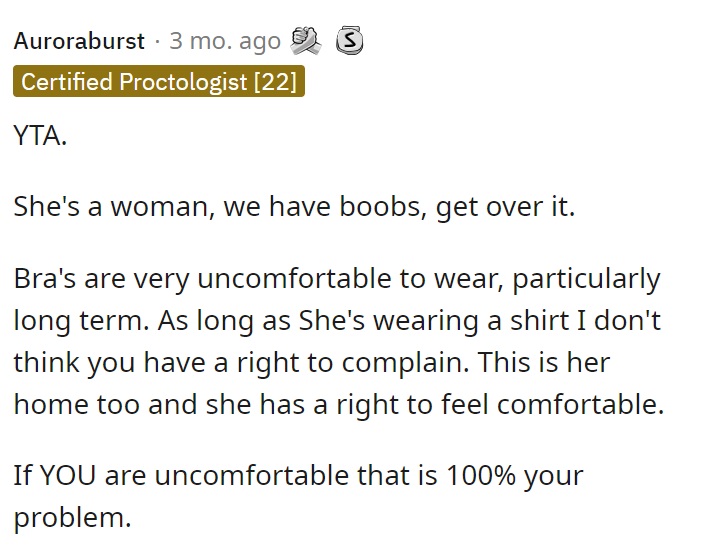 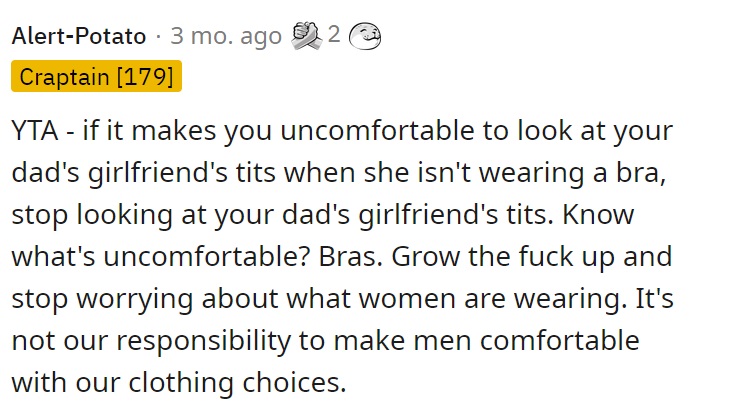