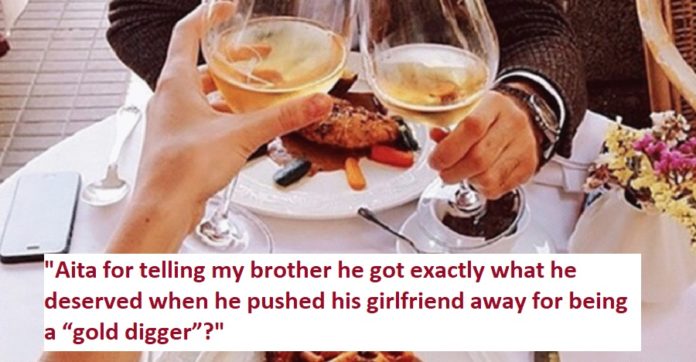 Although it’s unfortunate, the reality is that some people date their partners for their money. This notion has been around for centuries, and we’re not here to judge. The majority of people, though, just want to make a connection with someone they see a future with.

One woman was worried and rather annoyed by her brother when it comes to dating. As it turns out, he thinks that all women are gold diggers and they’re all after his money. In fact, he even ‘tests’ his girlfriends in some ridiculous ways to see if they’re ‘using’ him, and he sounds like the most undateable person ever.

The sister decided to take it to Reddit’s popular Am I The A-hole sub to ask if she was in the wrong for telling her brother that he got exactly what he deserved when he pushed his girlfriend away for being a ‘gold-digger’. It’s a lengthy post, and we invite you to take a look for yourself below. 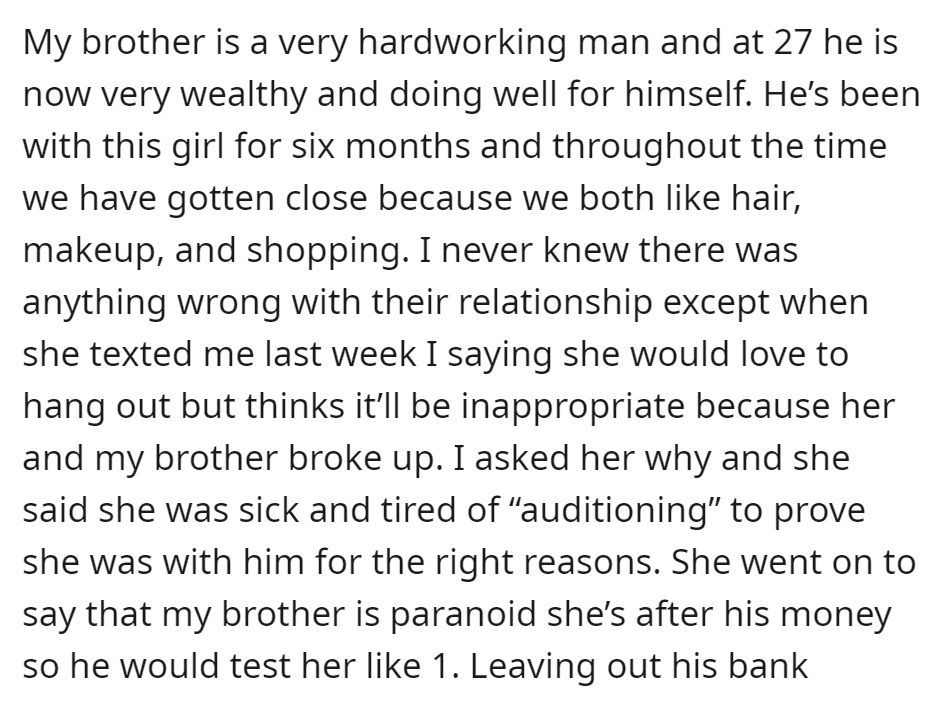 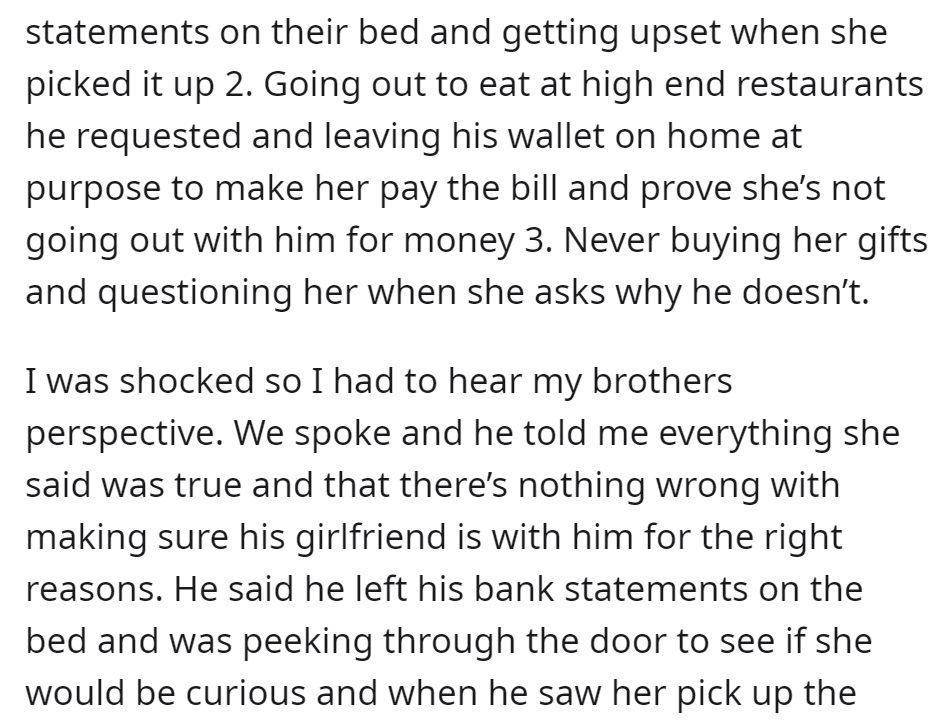 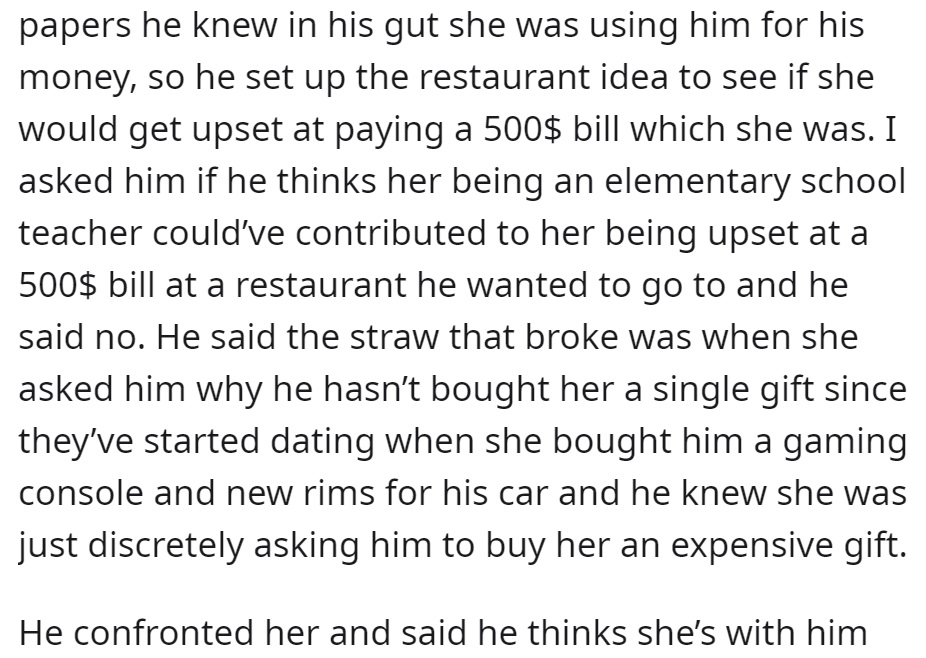 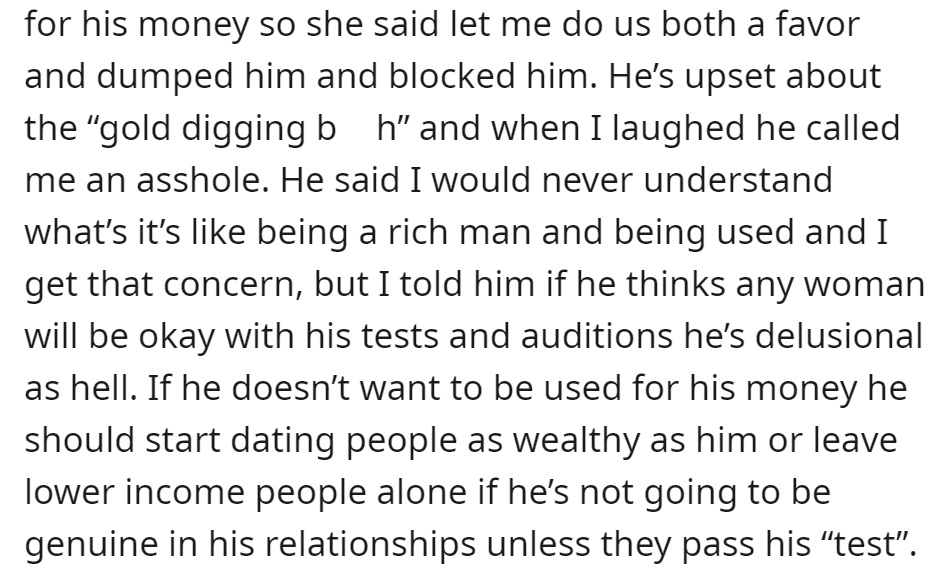 Most people agreed that the sister was in no way the a-hole here, and the only a-hole in the story is her douchebag of a brother. In fact, some pointed out that he’s the gold digger in the situation is her brother. 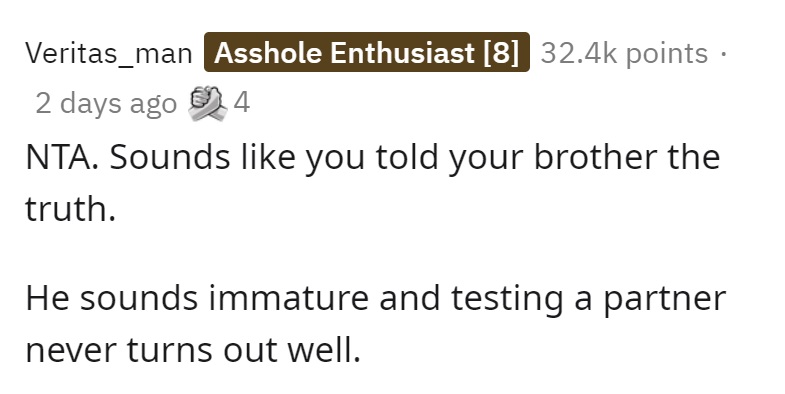 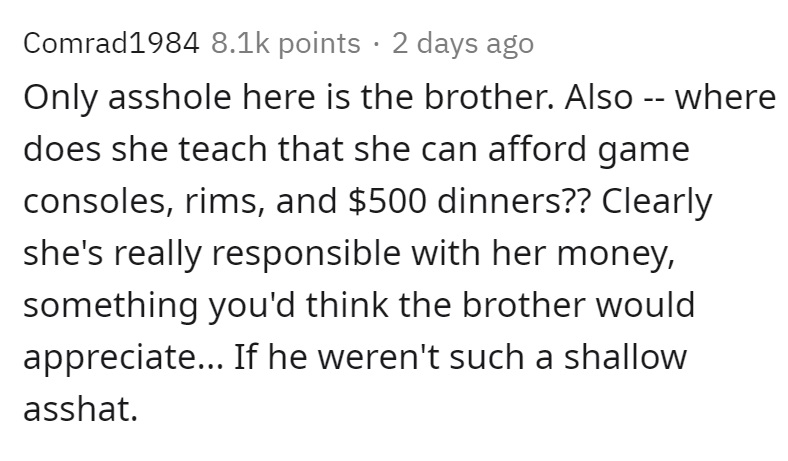 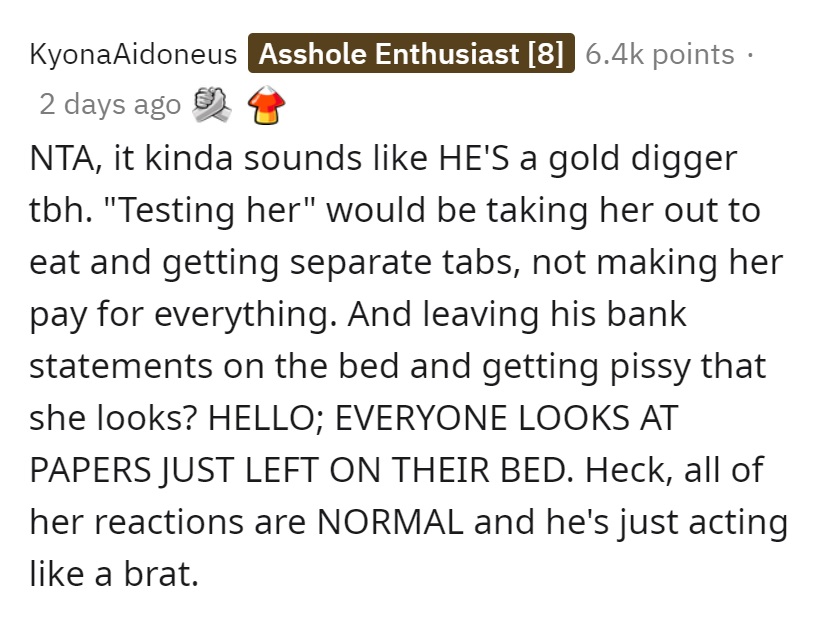 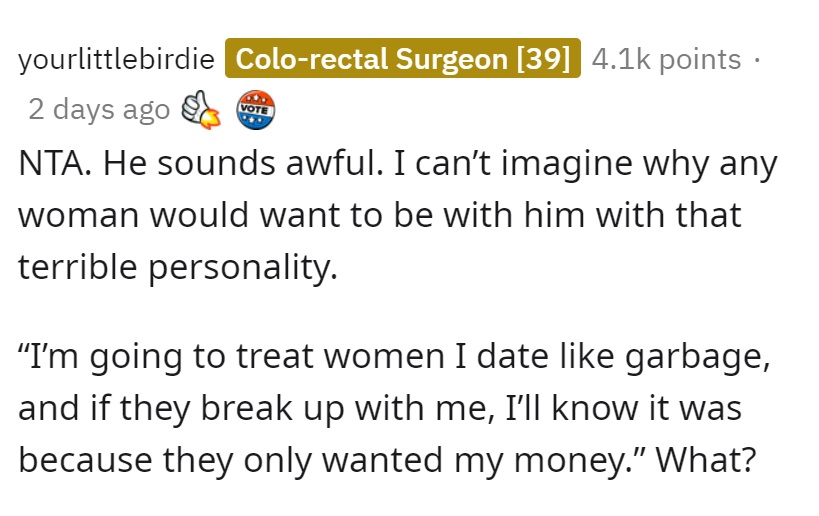