The Soviet Army liberated the Auschwitz concentration camp operated by Nazi Germany in occupied Poland on January 27, 1945.
As we all know, Auschwitz was the worst of the 20 Nazi Germany’s concentration camps, and 1.1 million of the 1.3 million prisoners sent to Auschwitz from 1940 to 1945 lost their lives. Those include 960,000 Jews, 74,000 non-Jewish Poles, 21,000 Roma, 15,000 Soviet prisoners of war, and 15,000 other Europeans. Most of the prisoners lost their lives in the gas chambers, while the others passed due to starvation, disease, and exhaustion.

There were only 9,000 prisoners by the time the Soviet Army arrived at Auschwitz, as the others had already either lost their lives or were sent on the final march. The Nazis had left the camp a few days before its liberation and they tried to conceal any evidence of their crimes.

According to the Soviet Army, local Poles and the Polish Red Cross took care of the survivors, and around 7,500 people survived.

More than 200 survivors, along with their families, attended the vigil at Auschwitz on January 27 to commemorate the 75th anniversary of its liberation, and the site is now a museum dedicated to the memory of the victims of the Nazi concentration camp.

Polish President Andrzej Duda told the people at the commemoration that they are the last living survivors, the last among those who saw the Holocaust with their own eyes, and the magnitude of the crime perpetrated in Auschwitz is terrifying. We must never forget it.

Yvonne Engelman, a 92-year-old Australian that was joined by three more generations of the family said at the event that she has no graves to go to and she knows that her parents lost their lives there.

The president of the World Jewish Congress, Ronald Lauder, warned that the world finally saw photos of the gas chambers after the war, and nobody wanted to be associated with the Nazis. However, he said that he now sees something he never thought he would see in his lifetime: the open and brazen spread of anti-Jewish hatred.

He warned people not to be silent and complacent, and we must not let this ever happen again – to any people! 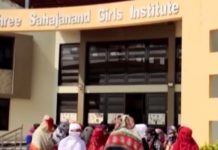