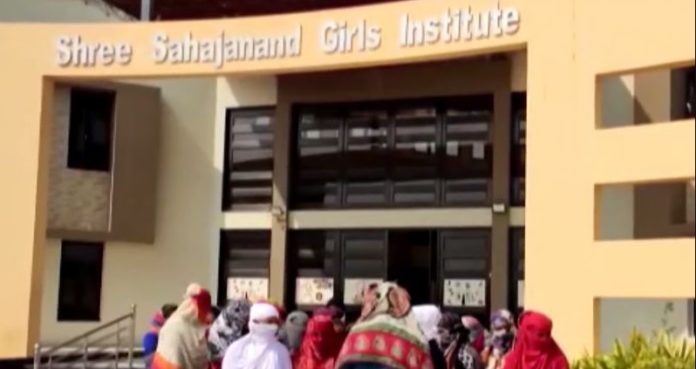 68 female students have been told to undress after a used sanitary napkin was found in the garden of Sahjanand Girls Institute in the city of Bhuj, India.

The young women at the school have said that they were told to undress and show their underpants to their teachers in order to prove that they were not on their period.

One of the students told the Hindustan Times that the principal insulted them and asked which of them were having their periods. Two of the girls who were menstruating stepped aside, but despite this, they were all taken to the washroom, and female teachers asked them to individually remove their undergarments so they could check if any of the girls was on her period.

The college is located in the Prime Minister’s home state of Gujarat, and it’s run by the conservative Swaminarayan Hindu sect. College trustee Pravin Pindoria told the AFP news agency that the girls had been informed the hostel rules before they took admission, and the rules include restrictions on menstruating females who are not allowed to enter the temple and the kitchen, socialize with other students or touch other students. They’re also not allowed to sleep inside the hostel, and they must stay in the basement.

According to India’s National Commission for Women, they’re investigating the incident.