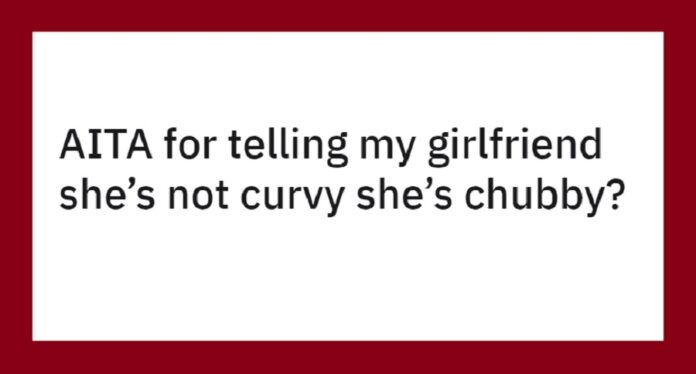 Being in a commited relationship means supporting your partner in (almost) everything, including their body image. However, is it ever okay to say something about their body, good or bad, even if you’re well aware that it might make them feel bad later?

Well, even if your intentions are good, it’s not your call to make, and it’s probably none of your business.

One boyfriend recently found himself in a sticky situation after he told his girlfriend that she’s not the right body type to be considered ‘curvy’, but she’s just ‘chubby’.

She told him that she doesn’t feels as ‘chubby’ but ‘curvy’, so she got angry at him, started crying, and left his appartment. Now the boyfriend wanted to know if he did anything wrong, so he took it to the popular Am I The A-hole subreddit to ask for opinions.

Check out the full story below, and see how Reddit responded. 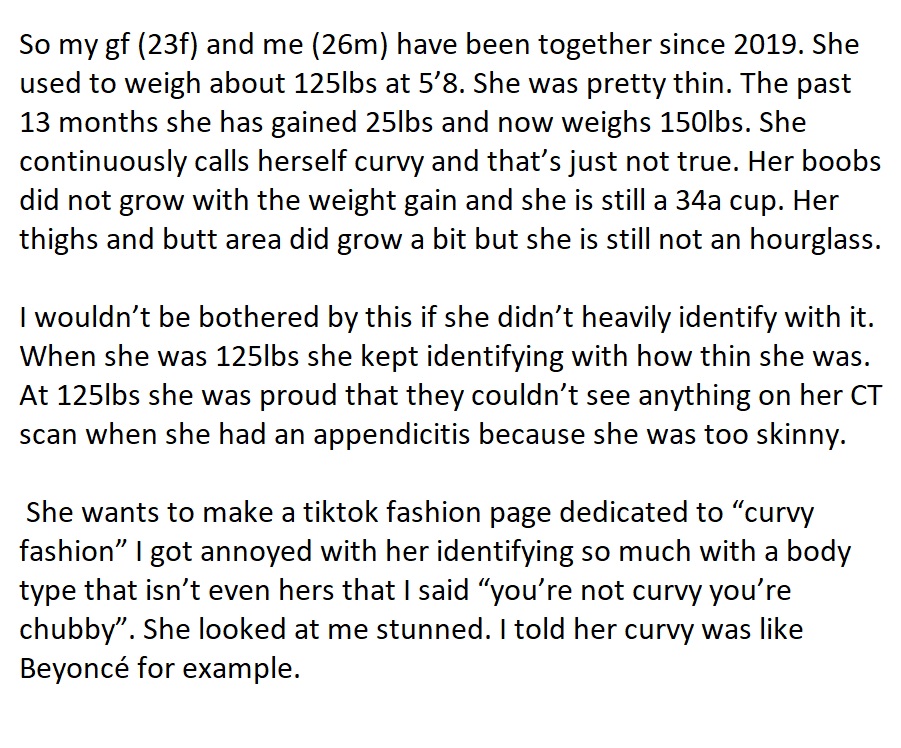 Most people agreed that the boyfriend is, in fact, the a-hole here. 150lbs at 5’8 is not chubby at all, but what’s more important is that his intentions were not good when saying that she’s chubby, which makes him an even bigger a-hole. 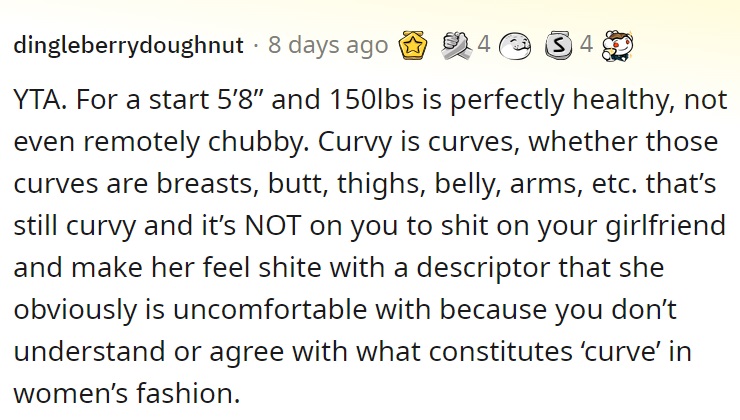 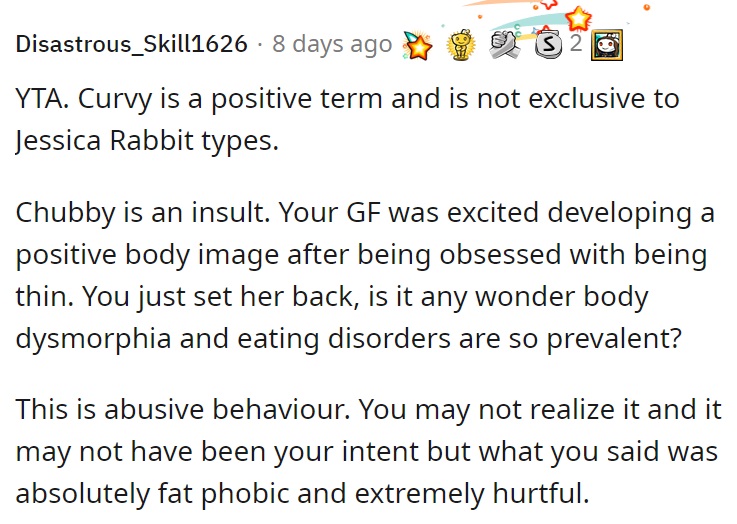 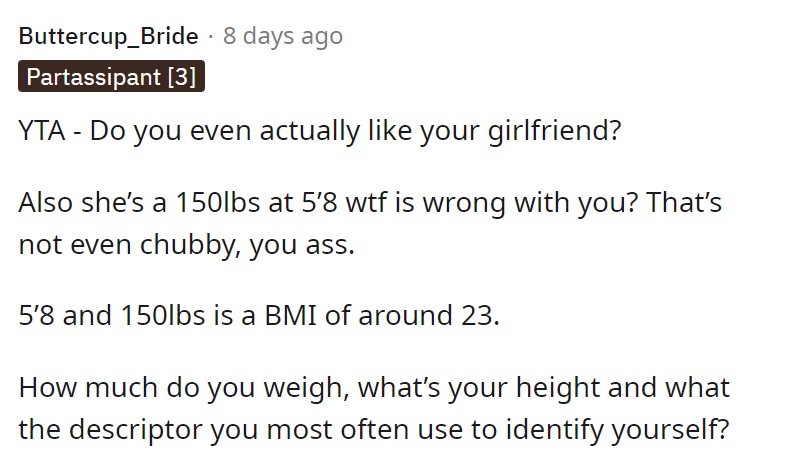