Home Activism Man Won’t Give Women His Seat On Trains Because “They Would Never... Nirpal Dhaliwal is a 45-year-old journalist and writer who says that he refuses to give up his seat for women while’s he’s on a train because, apparently, “a woman has never given up her seat for him”.

He said that men are paying the same fare as women, and they are “knackered” after a long day at work and deserve to sit down and rest.

He appeared on ITV’s Good Morning Britain in order to debate whether feminism is taking down chivalry, and he even asked why he should he give up his seat for her if she’s physically able.

He also claimed that men are “confused” by the modern rules of chivalry.

According to Mr Dhaliwal, men shouldn’t be chivalrous if they’re going to be told off. This comes after an American writer and poet told how she refused to let a man help her with her luggage on a plane, describing it as a “calculated act of resistance”. Mr Dhaliwal added that men are getting their “heads bitten off” just for helping, and that’s confusing for them because the urge to be nice is there. He noted that a woman has never given up her seat for him, even when he’s had a football injury and he has been limping down the carriage.

He said, however, that he would offer his seat to a pregnant woman or a woman that suffers a health or physical problem. He then joked how he would help, but he would probably ask them to sign a consent form.

Noreen Khan, a BBC Asian Network presenter who also took part in the debate, said that she never expects a man to give up his seat for her, and that she would happily accept help from a man. According to her, feminism and chivalry can co-exist, and such an act wouldn’t contradict with her feminist values?

What do you think about this? Can chivalry and feminism co-exist? 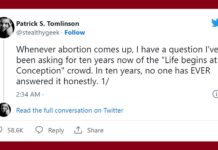