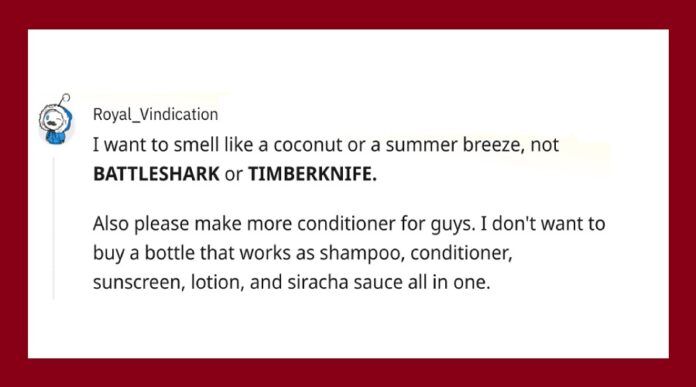 Toxic masculinity has been around for centuries, and it includes all the unrealistic standards of what constitutes a ‘real man’. You know, all those stereotypical definitions of a ‘real man’, such as being misogynistic, treat people around you like they’re less than you, show dominance, etc – and all of that because of their fragile egos.
We need less of those traits, and men really need to abandon those stereotypes – both for their own good and for a better world.

We know for a fact that man don’t it to be that way too, so that’s why one Reddit user decided to ask men of Reddit what’s the ‘girly’ thing they would like to do if it was considered more universally acceptable. Hundreds of men opened up about what they would like to do if there wasn’t for the fear of being shamed for it, and the responses are eye-opening. Check out some of the replies for yourself below. 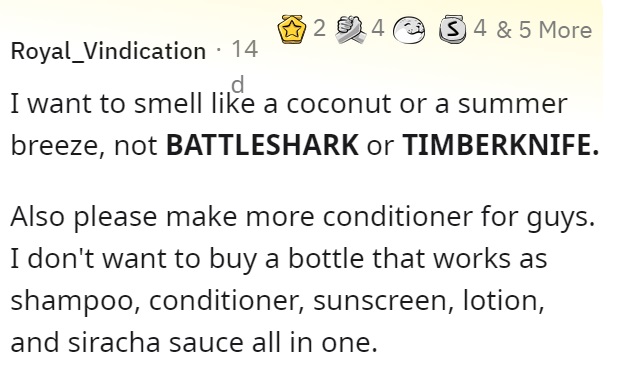 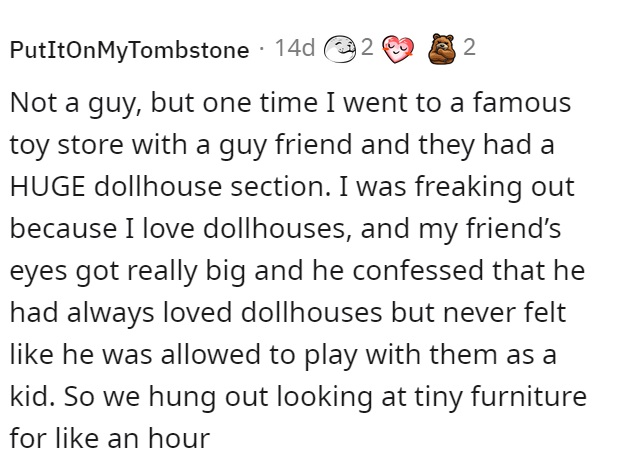