Home Parenting Mom Writes Powerful Thread On Why She Won’t Let Her Son Do... 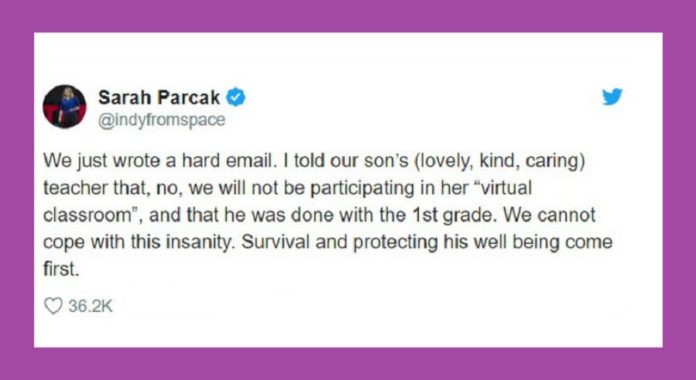 As we all know, schools across the U.S. are closed down due to the COVID-19 pandemic, and many districts have opted to finish out the school year in the “virtual classrooms”. This means that they’ve opted to hold the school day entirely online, and even though the idea is good, it puts an extra strain on parents, especially those of younger children who need more supervision.

A mom that works as a professor at the University of Alabama at Birmingham has decided, though, that enough is enough, and she wrote down a viral thread on why she won’t let her son do virtual school.

Check out Professor Sarah Parcak’s post for yourself below: 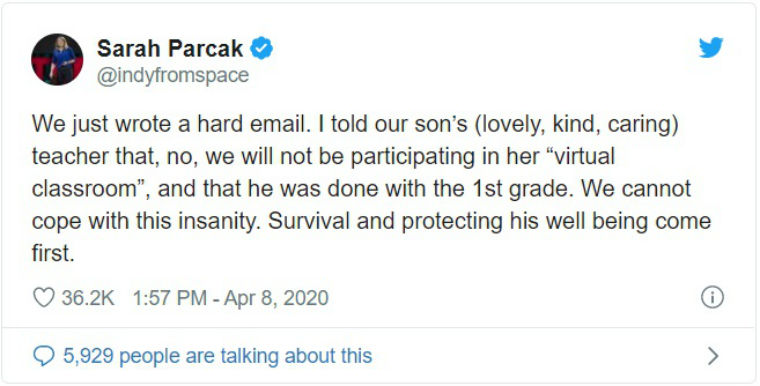 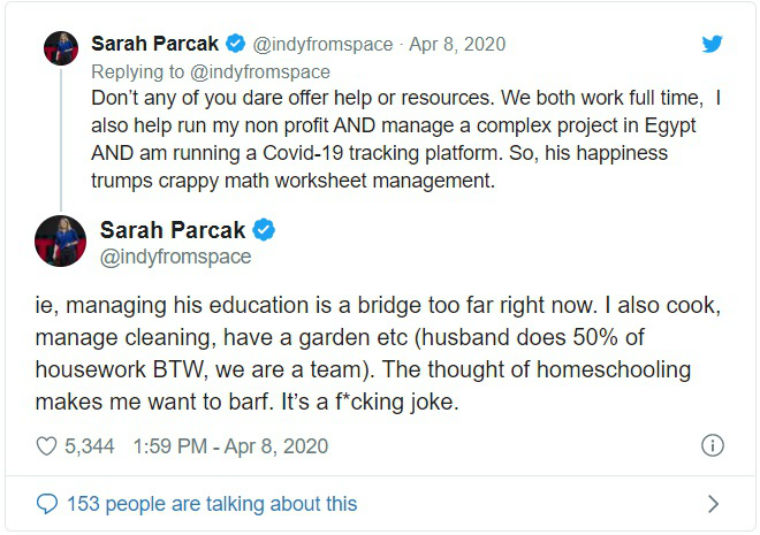 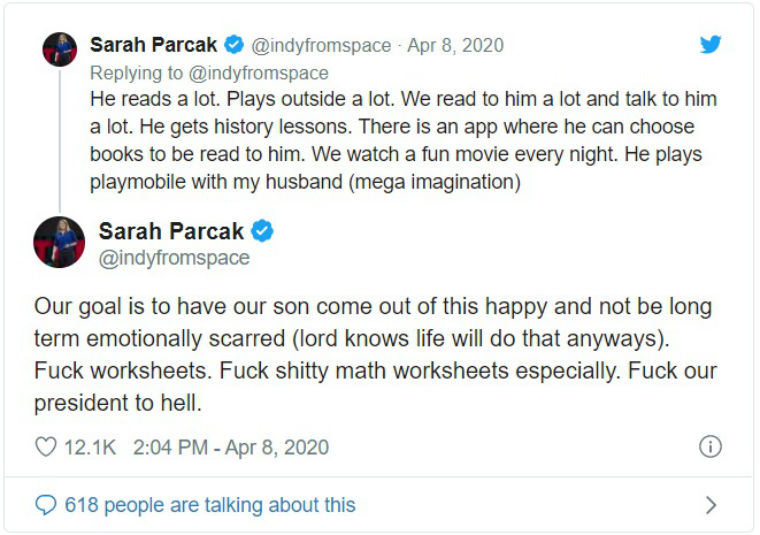 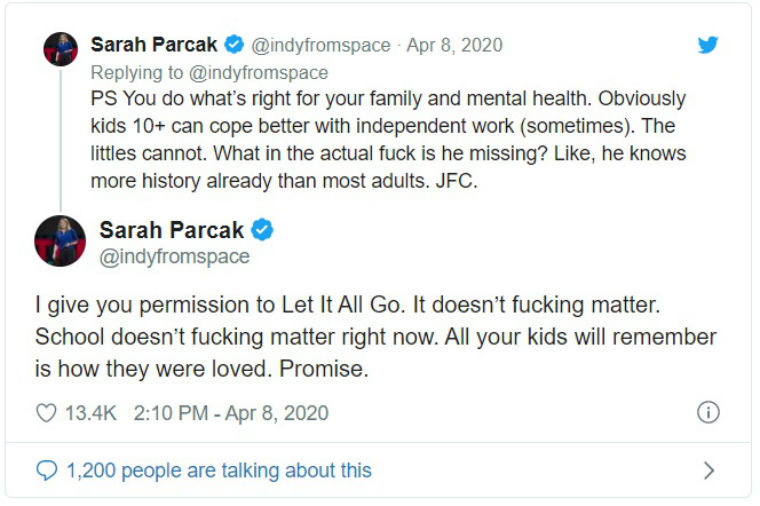 Professor Parcak’s thread quickly gained a lot of attention on Twitter, and it sparked a heated discussion about the U.S. education system in general, and what’s really most important for children during these times.
Some people commented that they completely agree with Parcak’s message, while others have been less supportive of it. 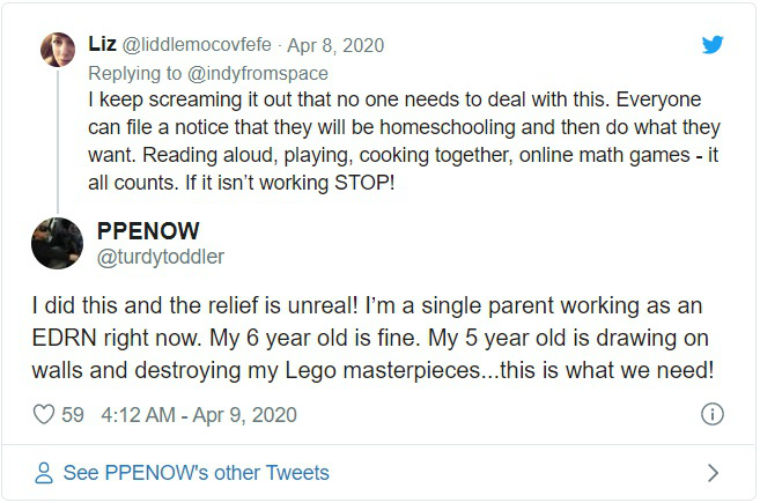 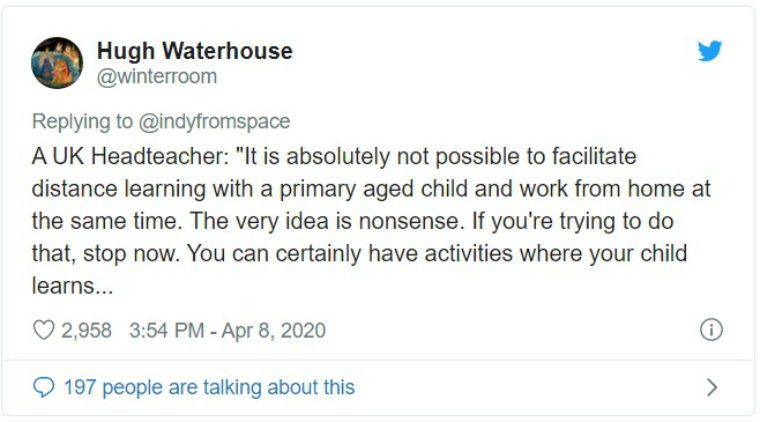 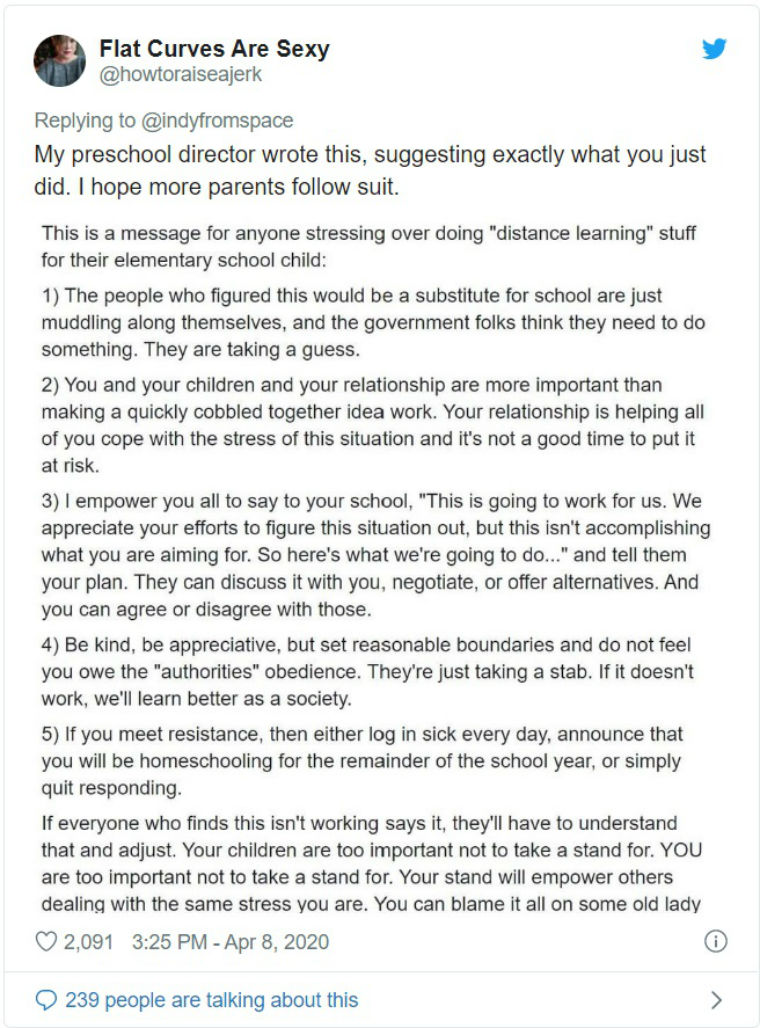