In a recent short film titled When Harry Met Santa, the dapper man named Harry stole the moment with Santa Claus when he visited him on Christmas Eve.

The video has been published on YouTube, and it shows Harry and Santa’s relationship developing. However, Harry is devastated having to wait for Santa to visit him once in 365 days, so he finally gets the courage to declare his love for Santa.

He wrote a love letter for Santa that reads ‘all I want for Christmas is you’, and invited him for a romantic session.

Santa turned to the Posten Norge (the Norwegian Postal Service) to send some presents and give himself and Harry more time to spend together during the festive season.

Pink News reports that the heartwarming ad was created to celebrate 50 years since homosexuality was decriminalized in Norway, and the ad concludes with the message that Norway marks 50 years of being able to love whoever we want!

We invite you to watch the heartwarming video for yourself below: 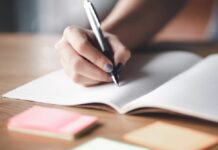 Plus-Size Woman Writes Open Letter To Men Who Will Sleep With Her, But Won’t Date Her 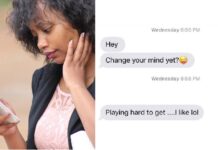 D. N. - December 6, 2021
0
We're well underway the Holiday season, which only means one thing: gift shopping! Yeah, we have to admit it that between all the Christmas...

D. N. - December 6, 2021
0
Christine Schoenwald is a writer that recently posted an open letter to all men that would sleep with her, but won't date her. She was...

Entitled Self-Proclaimed ‘Nice Guy’ Gets Put In His Place By This...

D. N. - December 3, 2021
0
Lainey Molnar is a talented female artist who wants to empower other women in her powerful illustrations. The artist creates relatable comics about motherhood, self-acceptance,...