Home Women Passenger Saves Teenage Girl From Creepy Man That Harassed Her On A... 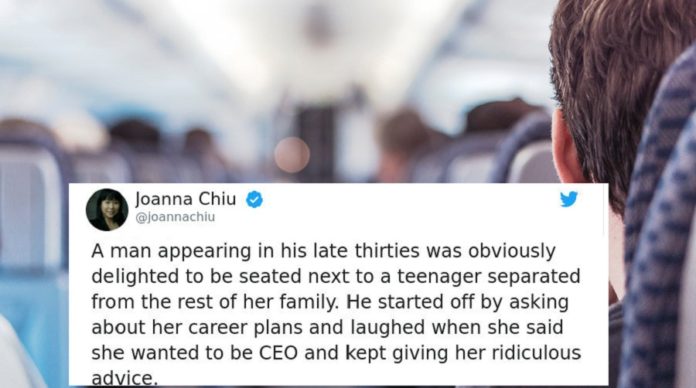 Joanna Chiu is a Canadian journalist with a pretty large following on Twitter, and she recently told a story she claims she witnessed. It’s about a man making inappropriate advances towards a teen girl on a plane.

Chiu wrote that she was on a flight from Toronto to Vancouver and she overheard a passenger behind her complaining about having to sit in the middle sit. The complaints stopped, though, when a teenage girl that was traveling separately from her family sat next to the man.

Chiu told CBC that she thought it was strange that the man suddenly seemed very happy to be sat in the middle seat, and it seemed that it was because of the teenage girl that had come up and sat beside him in the windows sit. The man kept asking her about her school, where was she studying, and it definitely raised some flags, so the journalist started listening more carefully.
It eventually got to a point when he was asking her out, and even though the teenage girl was ignoring him, it was obvious that he was determined to keep going.

Luckily, other passengers and the crew intervened, and Chiu managed to stop him from harassing the girl. Check out the story she shared on Twitter below: 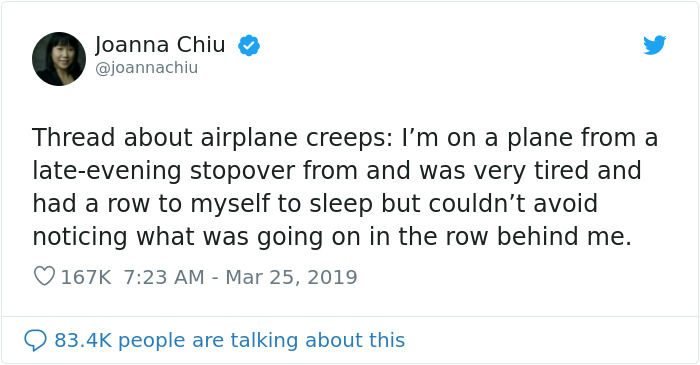 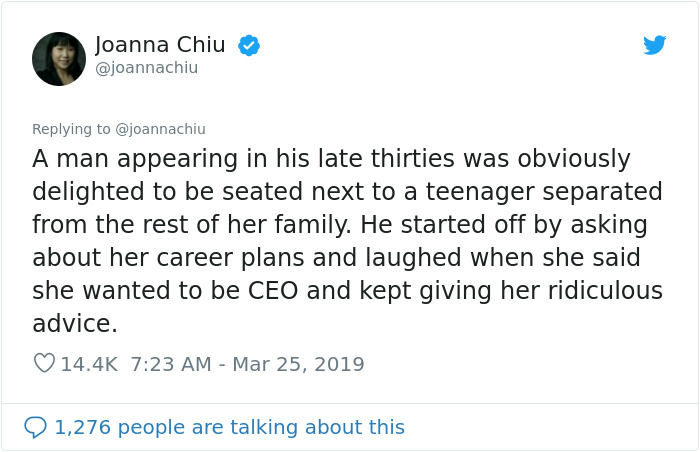 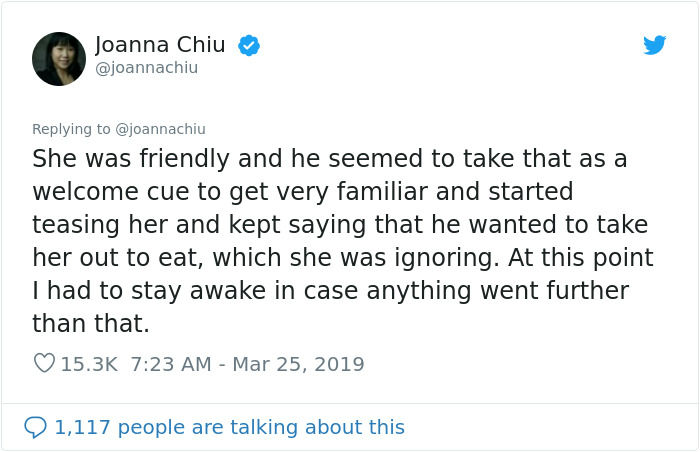 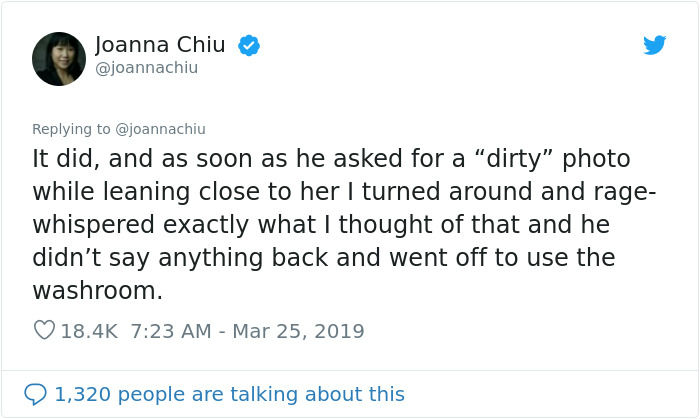 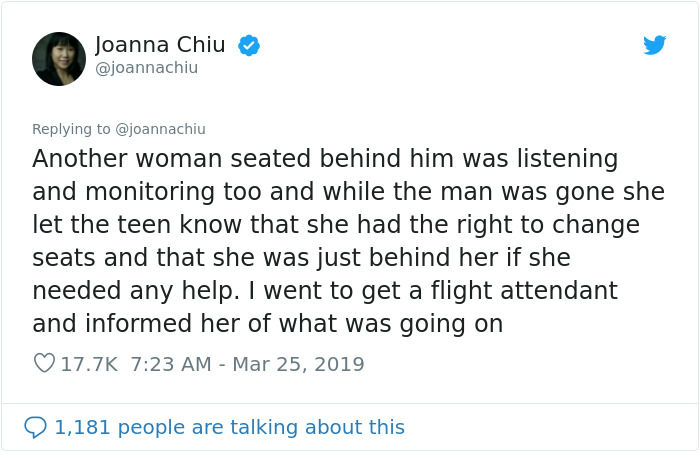 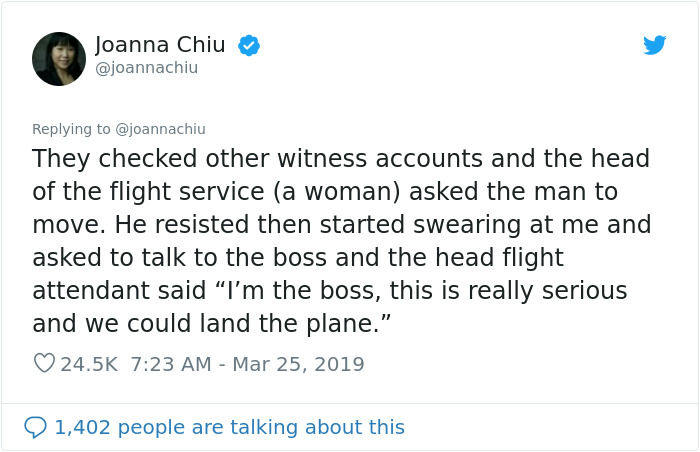 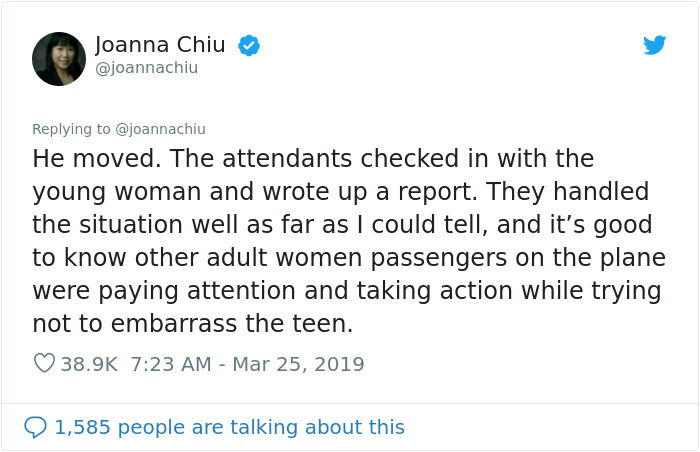 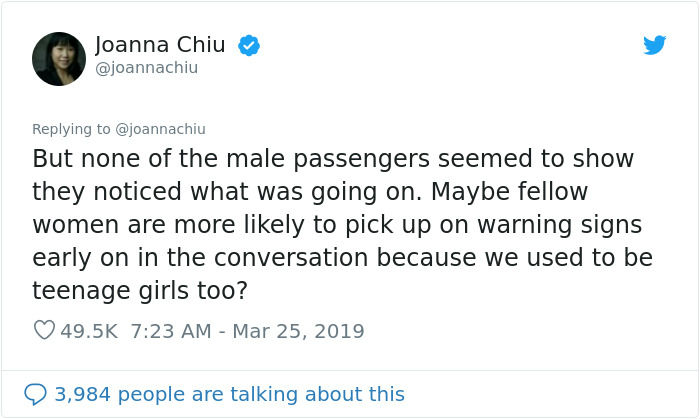 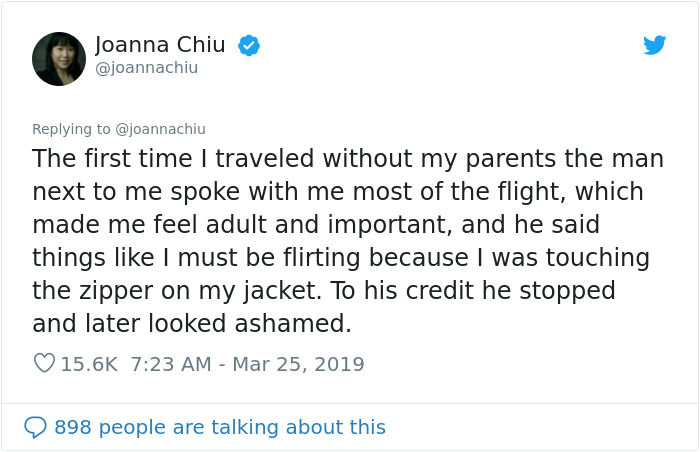 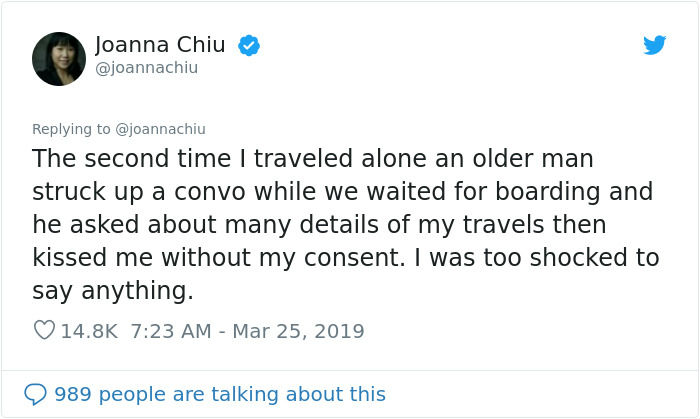 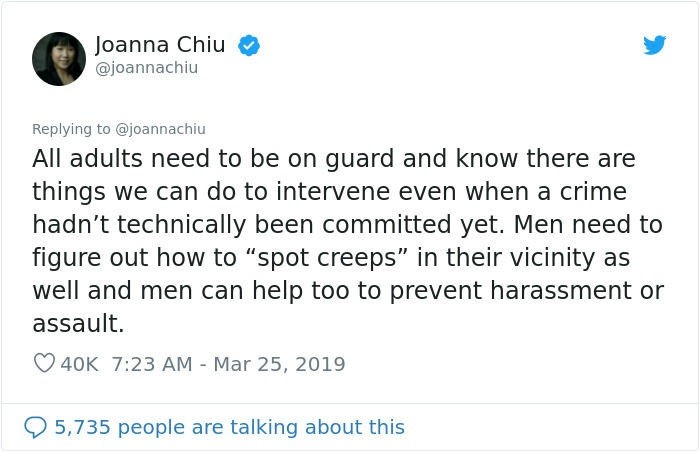 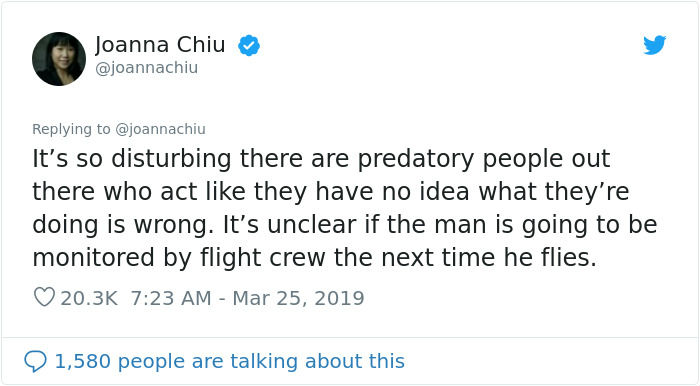 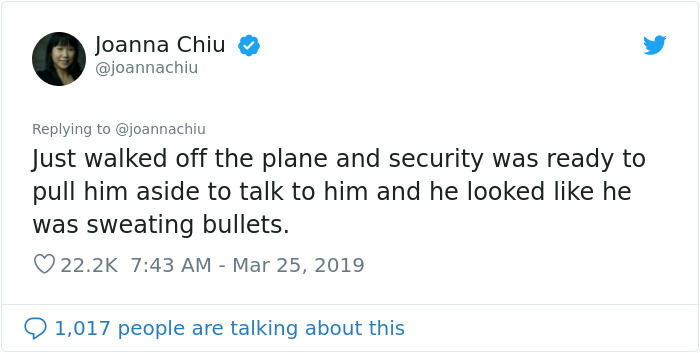 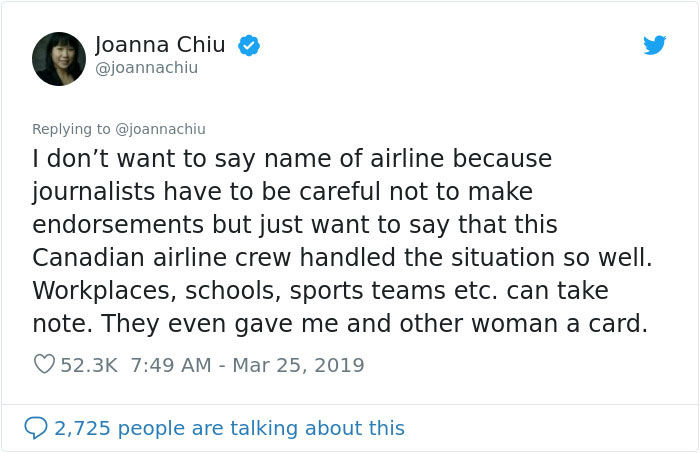 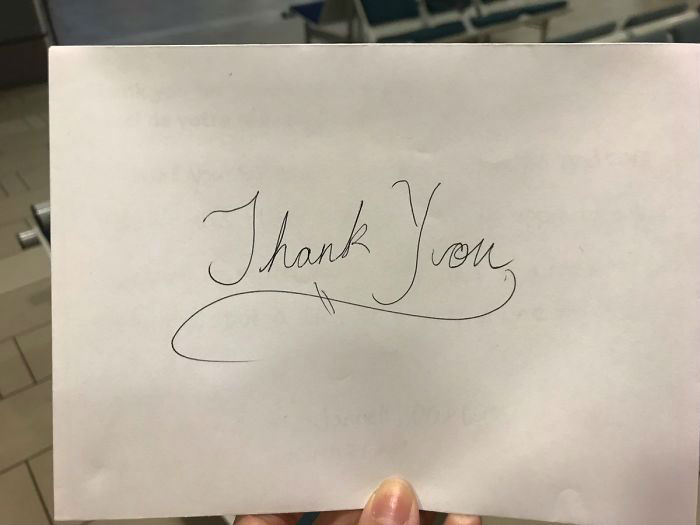 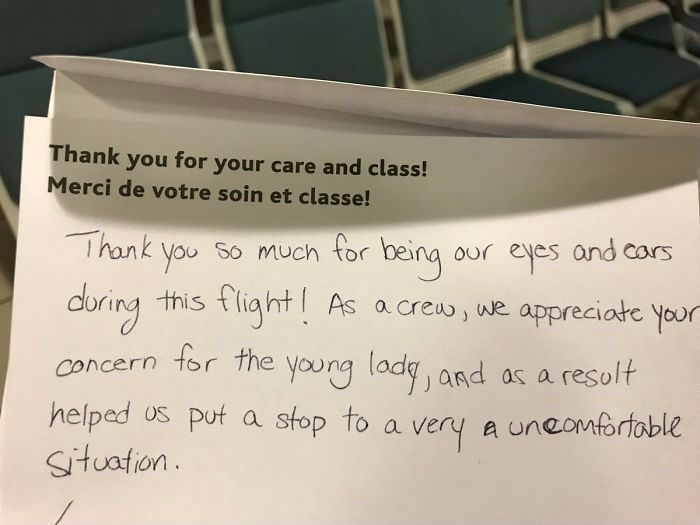 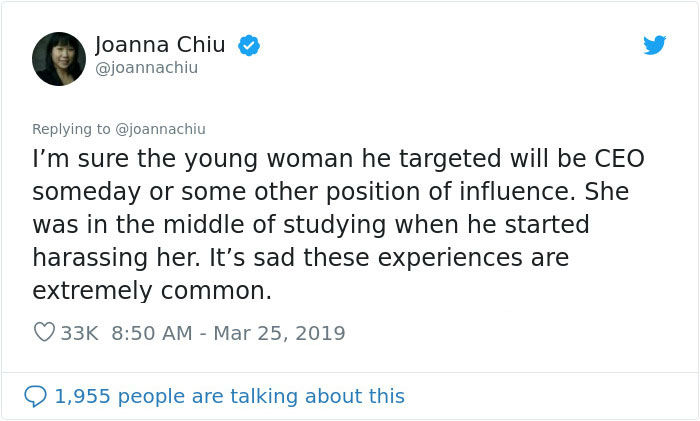 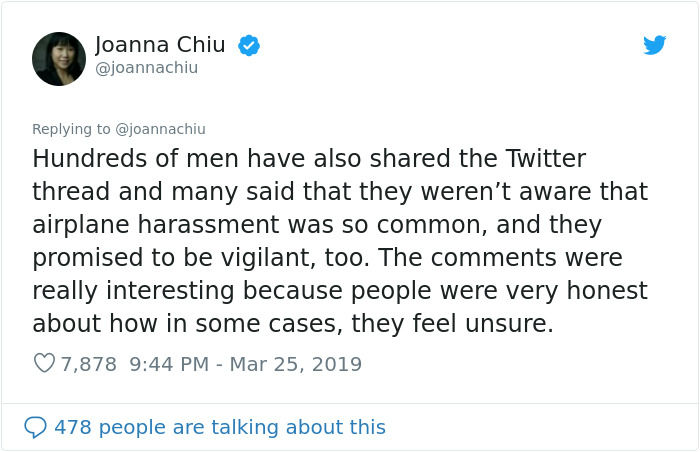