Home News Paul Ryan Mansplained Politics To Alexandria Ocasio-Cortez, And We Are Not Havin’...

We are not quite sure what former House Speaker Paul Ryan was hoping to achieve when he revealed recently that Representative Alexandria Ocasio-Cortez ignored his “few little tips” on how to be “a good member of Congress” really, but it sure made him look silly. Or maybe he was hoping that she will apologize to him for ignoring his “tips” and beg for more advice?

He, reportedly, said during a dinner in Janesville, Wisconsin on Tuesday that he talked to AOC and he gave her a few little tips on just being a good member of Congress. However, he noted that she didn’t really listen to a thing he said. He said that he advised her to “take it easy and just watch things for a while, not ruffle and see how it works first”.

Well, thankfully, taking it easy is not Ocasio-Cortez’s way of doing things!

Her only response to Ryan’s revelation that she ignored his advice was simply retweeting this:

She didn’t waste her time beyond that, and that says a lot. The rest of Twitter, however, took their time to step in and roasted the hell out of Ryan: 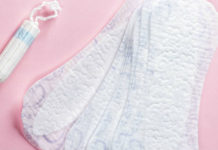