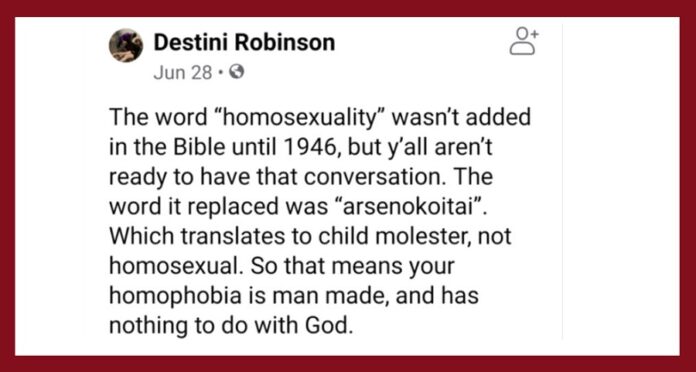 History can often be one-sided and deceitful, and it’s not often what really happened that’s written in history books. As the old saying goes, history is written by the winners after all, so it’s easy to use it as a tool for manipulation.

The original ideas often get lost in translation to make a place for rewrites and translations which would suit the current tide, and this is especially the case for a book that has originally been written 2700 years ago.

As it turns out, this is what happened with the word ‘homosexuality’ in the Bible. For example, many people claim that this word wasn’t added in the Bible until 1946, and it causes quite a stir among people.

Some have decided to take it to social media to point out the wrong translations in the Bible, and you can check out what Tumblr users posted on the issue below. 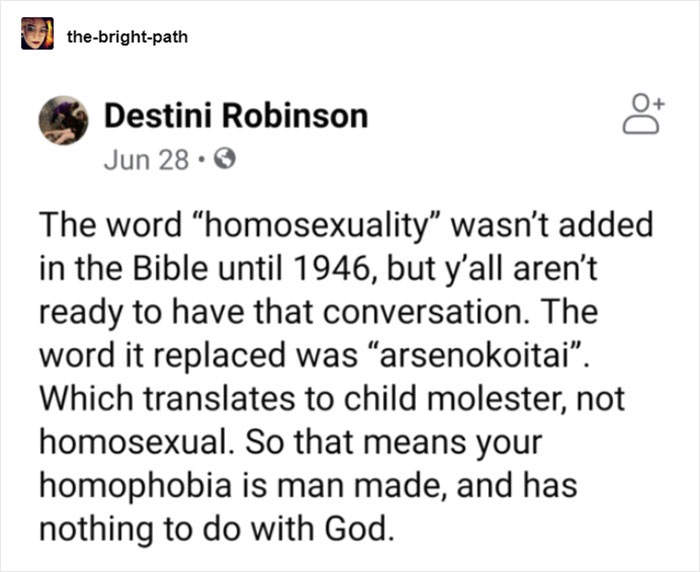 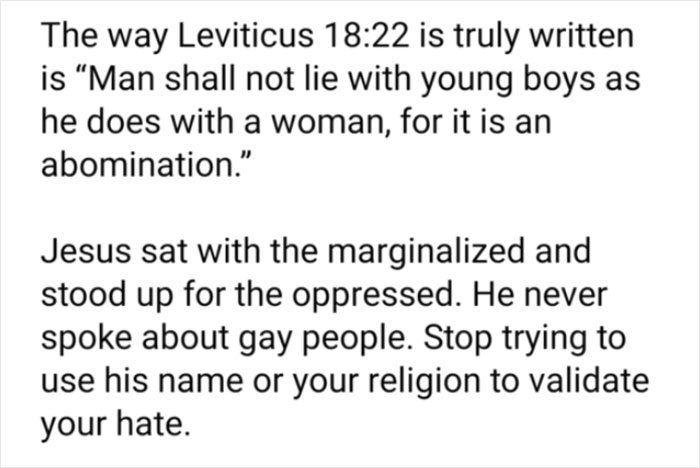 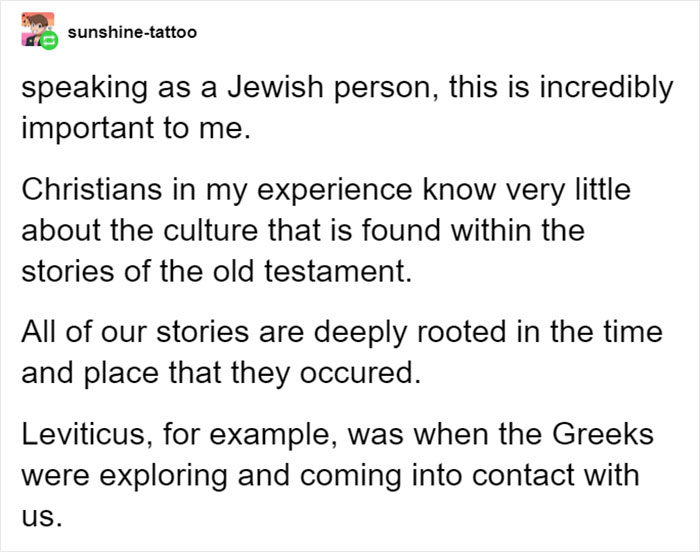 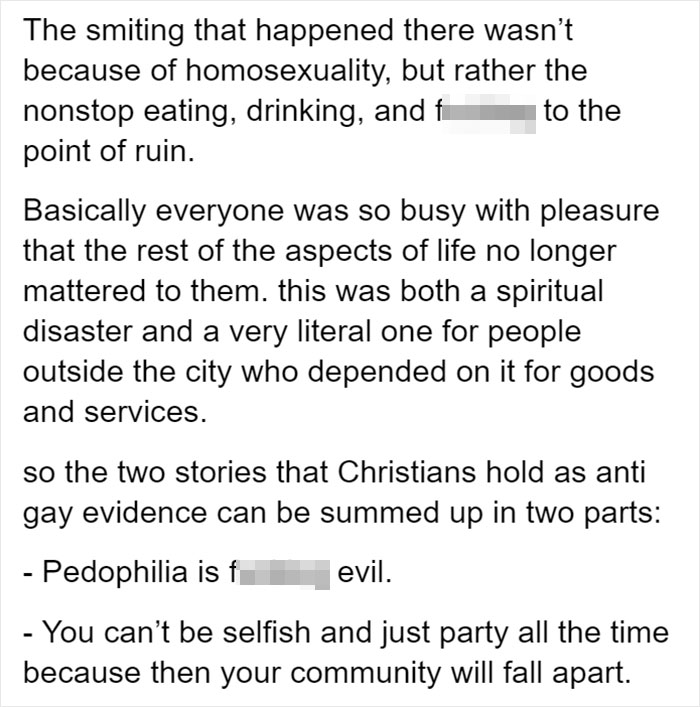 The posts found their way on Reddit, where people had a lot to say about the use of the word in the Bible and how it was used by Christians to share their propaganda.