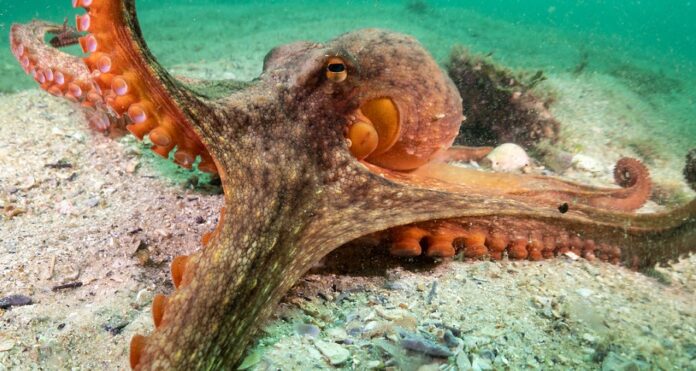 Peter Godfrey-Smith and his colleagues at the University of Sydney filmed several common Sydney octopuses, and they noticed many matings, fights, and an extraordinary behavior that the team has since called ‘throwing’.

Namely, the female octopuses hold silt, algae, or other objects under their bodies in their tentacles, and then angle their siphons and ‘shoot’ a jet of water at the ‘projectiles’ – usually against male octopuses.

After doing some detailed analysis of the footage, the team found that the octopuses are deliberately targeting others. For example, one female octopus threw slit 10 times at a male from a nearby den who was trying to mate with her.

The team also found that some throws happen after intense social interactions. For example, in one case, a male octopus threw a shell in a random direction and changed color after his advances to a female were rejected.