Home News Teacher Presented Confederate Flag As A Sticker You Put On When “You... 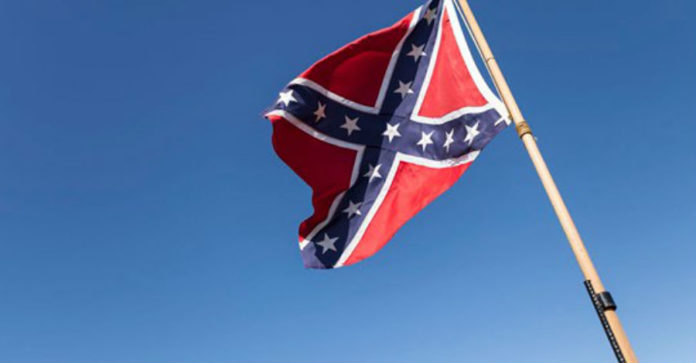 A high school teacher in Georgia has been placed on leave for, allegedly, presenting the Confederate flag as “a sticker you put on the back of your pickup truck to announce that you intend to marry your sister”.

According to Melissa Fuller, a mother of a senior at Hephzibah High School in south Richmond County, 150 miles east of Atlanta, the message was displayed on a classroom whiteboard on Monday in a lesson about the concept of a story within a story. The mother shared a photo of the message on Facebook, and the message also stated: ”Think of it like a white trash ‘Save the Date’ card.” 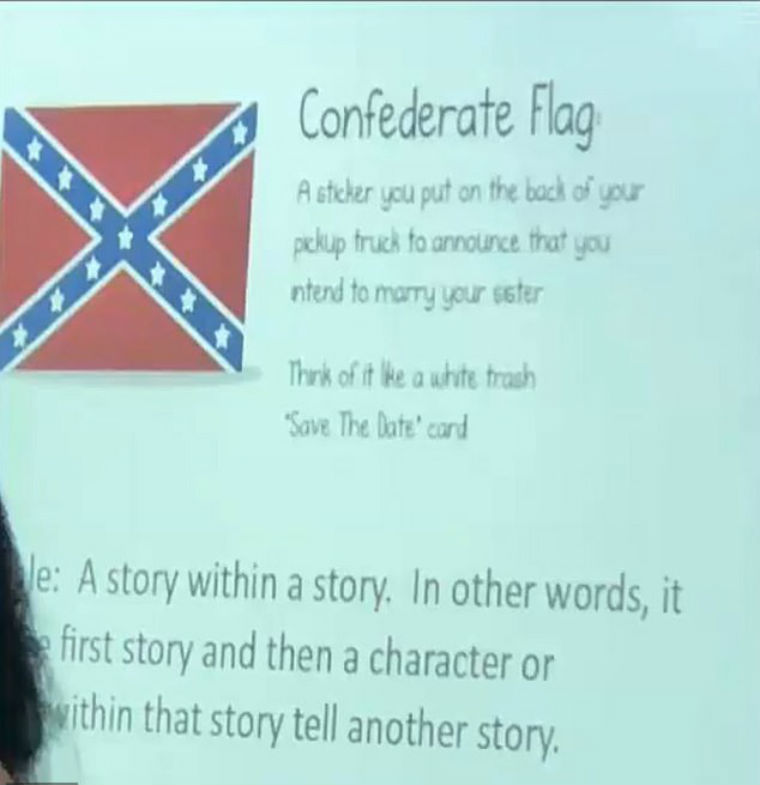 It has been reported by the Augusta Chronicle that an investigation was conducted, and the teacher was placed on administrative leave with pay, pending a review.

The school said in a statement that the language used in the example was unacceptable, and has no place in their classrooms.

Fuller told WRDW-TV that her daughter had sent her a photo of the message, and that she found it offensive and asked her what she thought about it. According to the mother, such messages about the Confederate flag don’t belong in a classroom.

According to the National Center for Education Statistics, of the 1,019 students enrolled in Hephzibah High School in the 2016-2017 school year, 606 were black and 329 were white.