Home Women The ‘Metal Spoon Technique’ Can Help You Escape From The Hands Of... 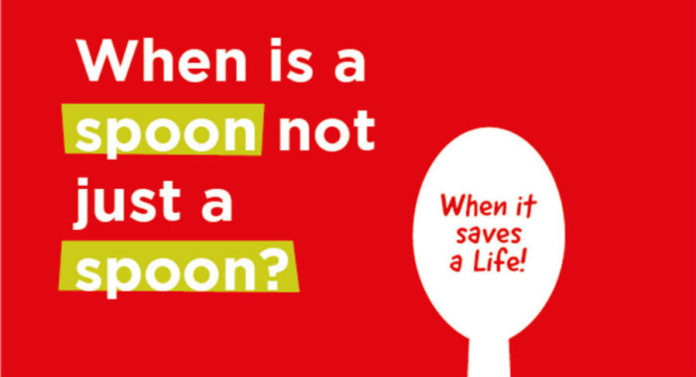 Forced marriage and child marriage are still present in the world, even in 2020. A study from 2016 showed that there were an estimated 15.4 million people in forced marriages, out of which 88 percent women and girls. When you consider how many cases are not reported, the number is even bigger.

UK-based charity ‘Karma Nirvana’ supports forced marriage victims, and it has come up with a clever way to alert the authorities that someone is in danger. The method is called the ‘metal spoon technique, and it implements hiding a metal spoon in your underwear to trigger metal detectors at airports. The victim will be taken away for a search, which will enable them to report the case to authorities in a private matter.

Natasha Rattu, a spokeswoman for the charity, said that they’ve had people ring and say that the technique has helped them and got them out of a dangerous situation. Reporting such a case is otherwise very difficult, so the best thing about the ‘metal spoon technique’ is that no one will be aware that you’ve done it. The method was recently shared on Twitter, and many people thanked the person that shared it with the world. 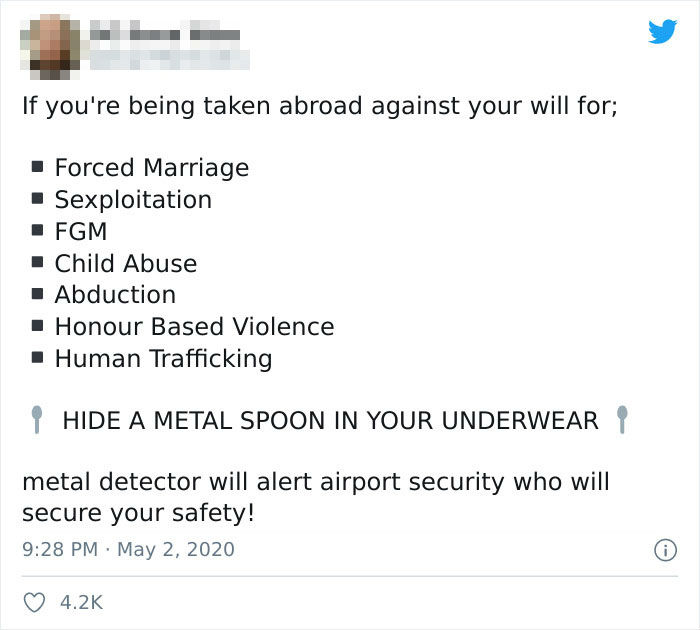 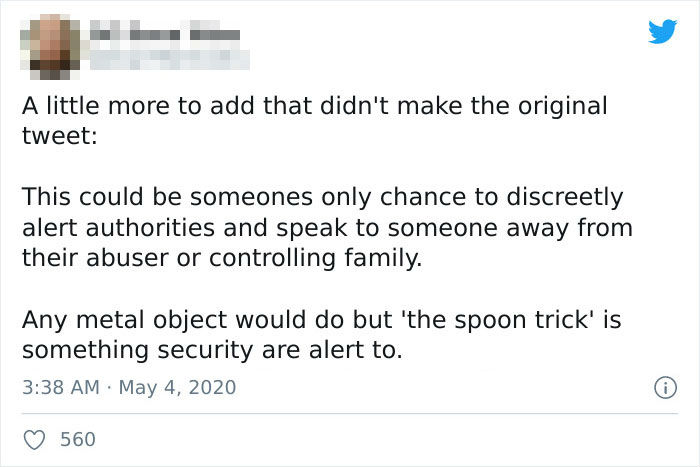 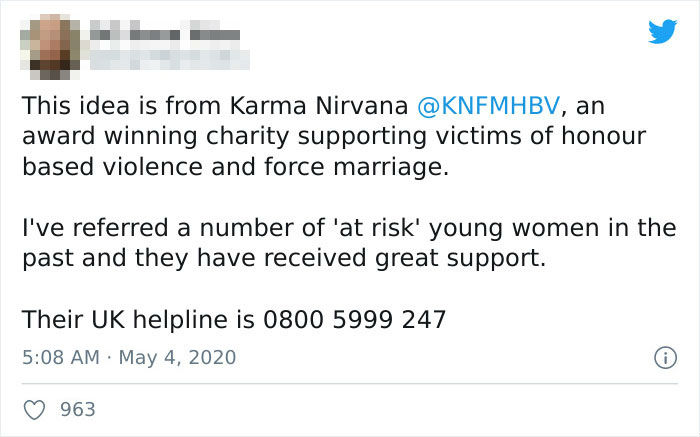 Others chimed in with their comments and shared how exactly the method works. 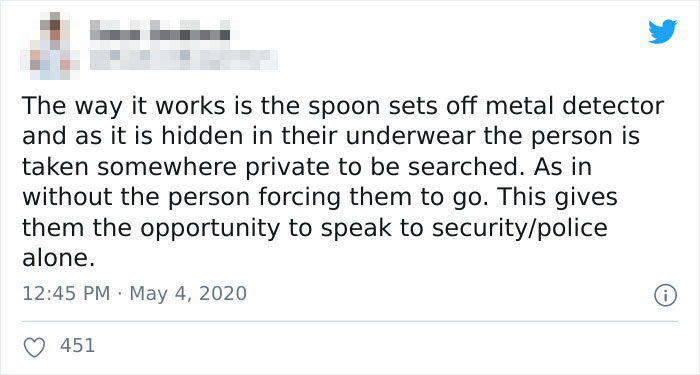 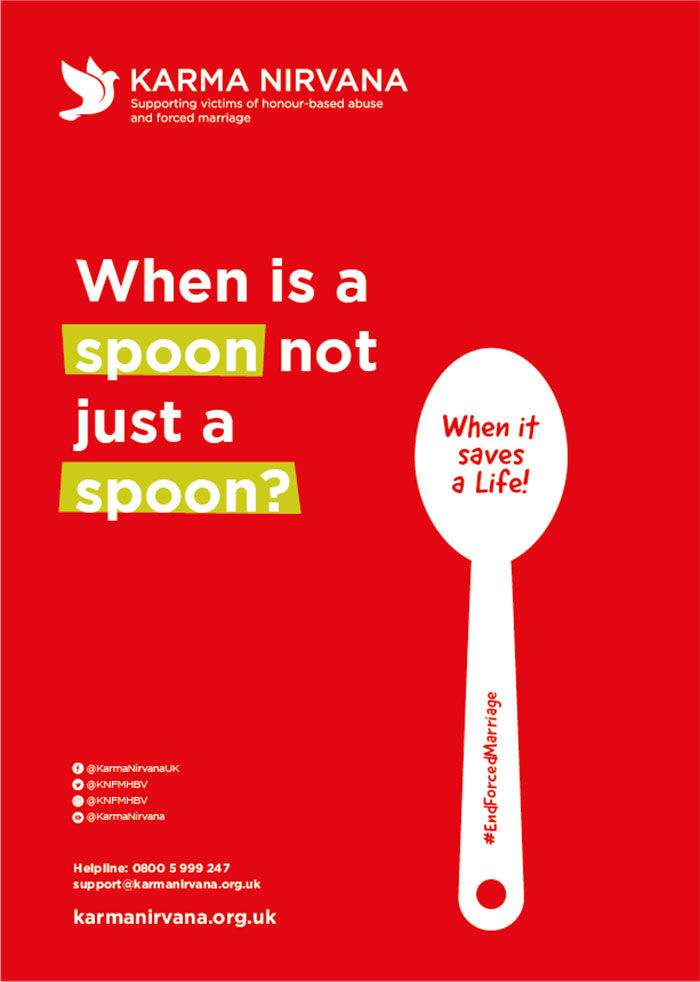