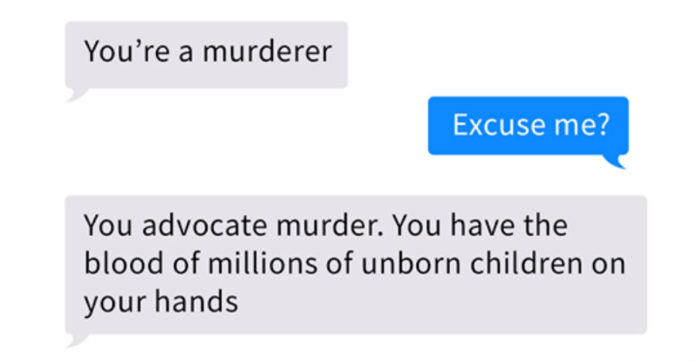 Even though we are aware that there are people who are absolutely against terminations of pregnancies, anonymously contacting a person to call them a criminal is definitely not the way to present your opinion as valid. Oh, and neither is camping out in front of Planned Parenthood to bother women that are just doing regular check-ups.

This conversation between two people with vastly different opinions was originally shared by a Facebook page named Insufferably Intolerant Science Nerd, and it shows how different people use different methods to express their opinion.

The response perfectly puts into words what many people feel about the so-called “pro-lifers” and their unsolicited and rather offensive accusations.

Check out the conversation for yourself below: 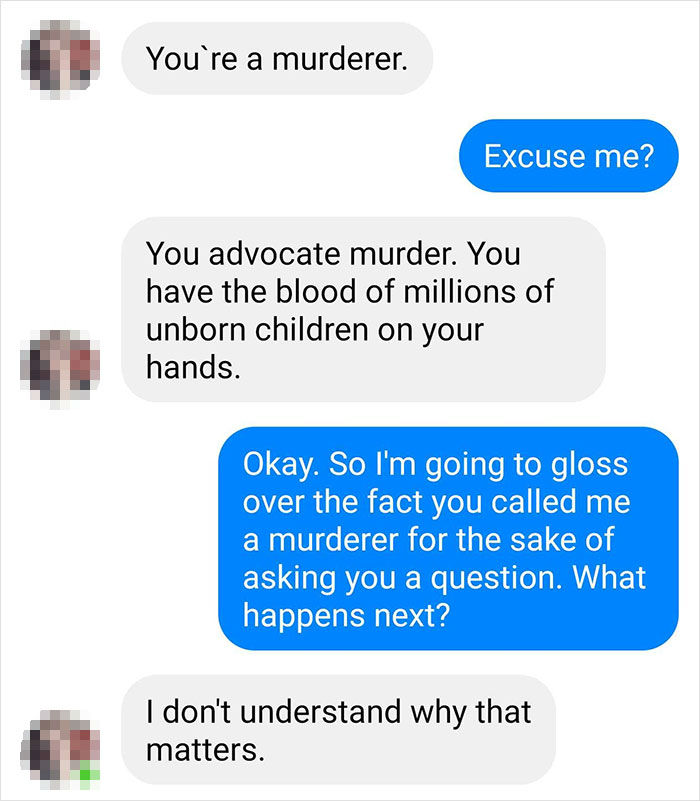 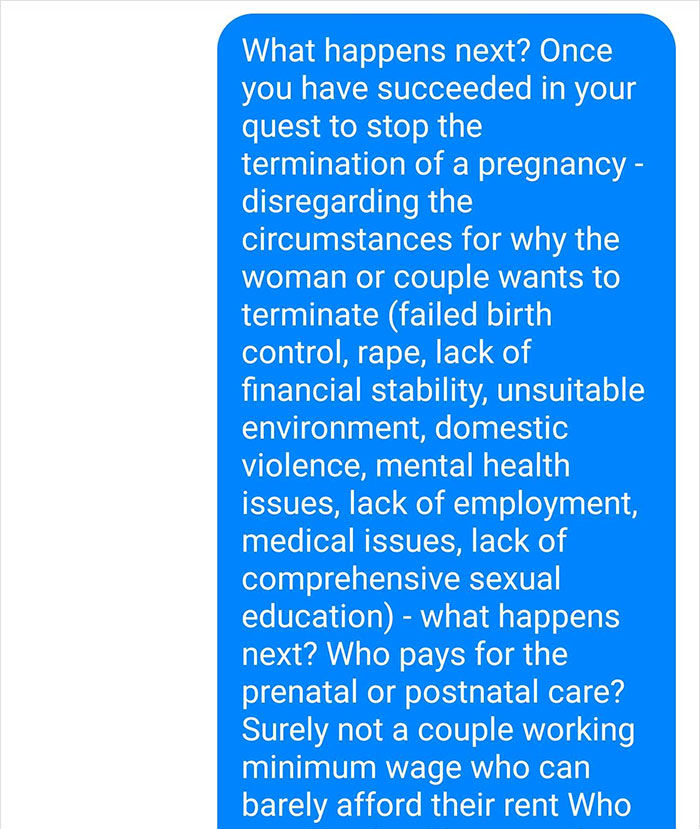 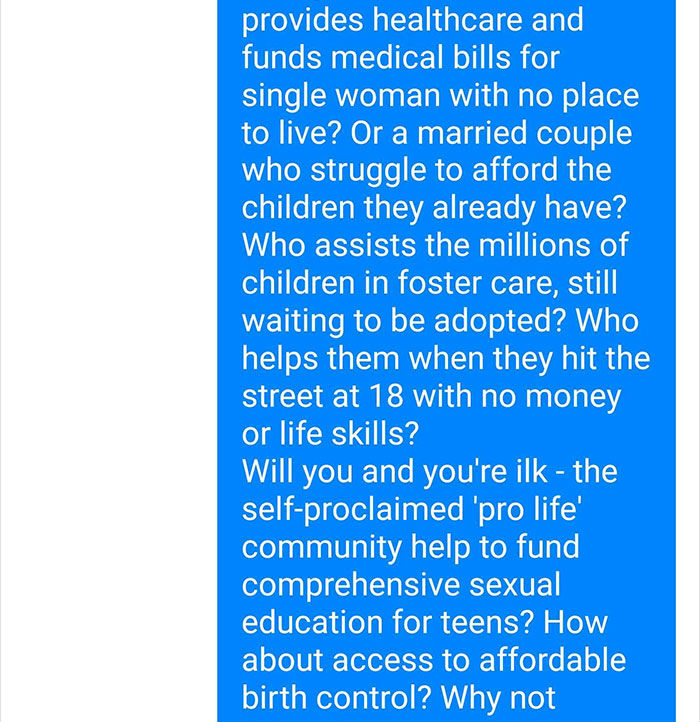 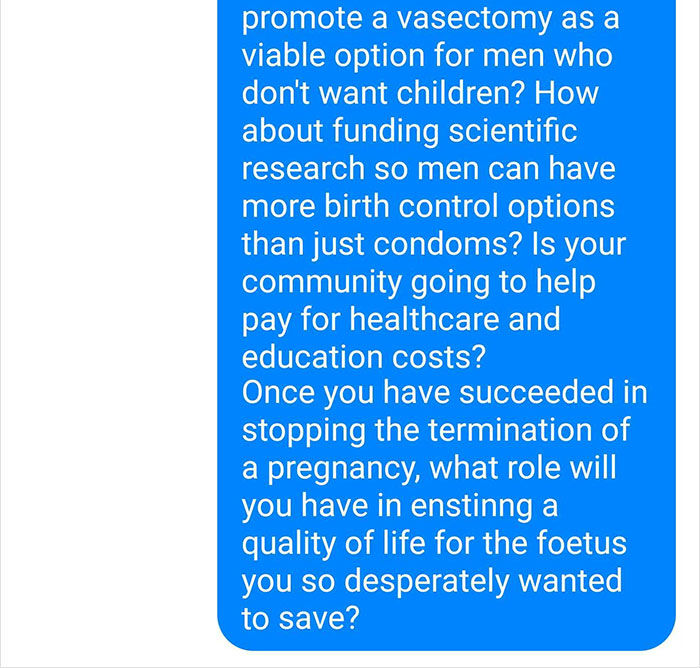 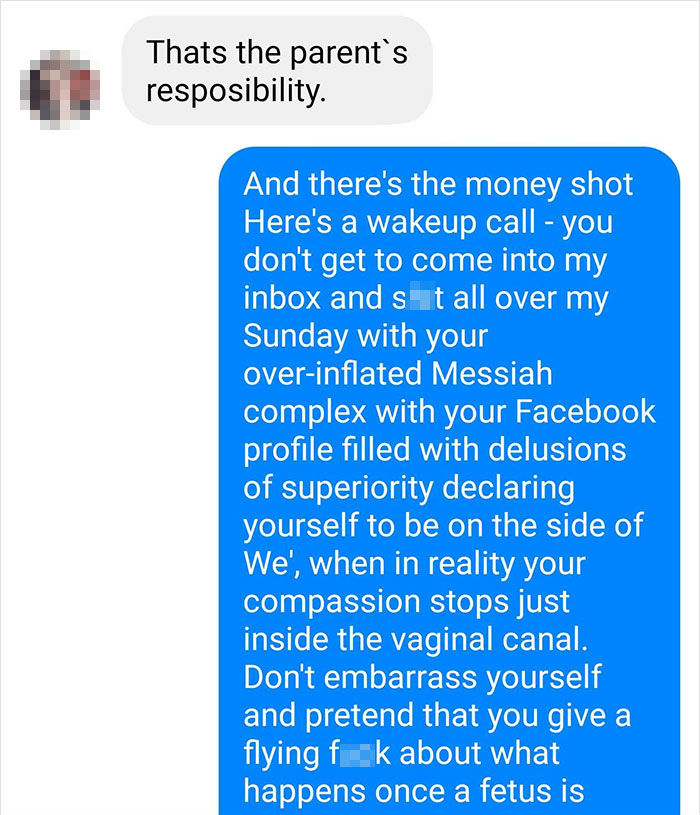 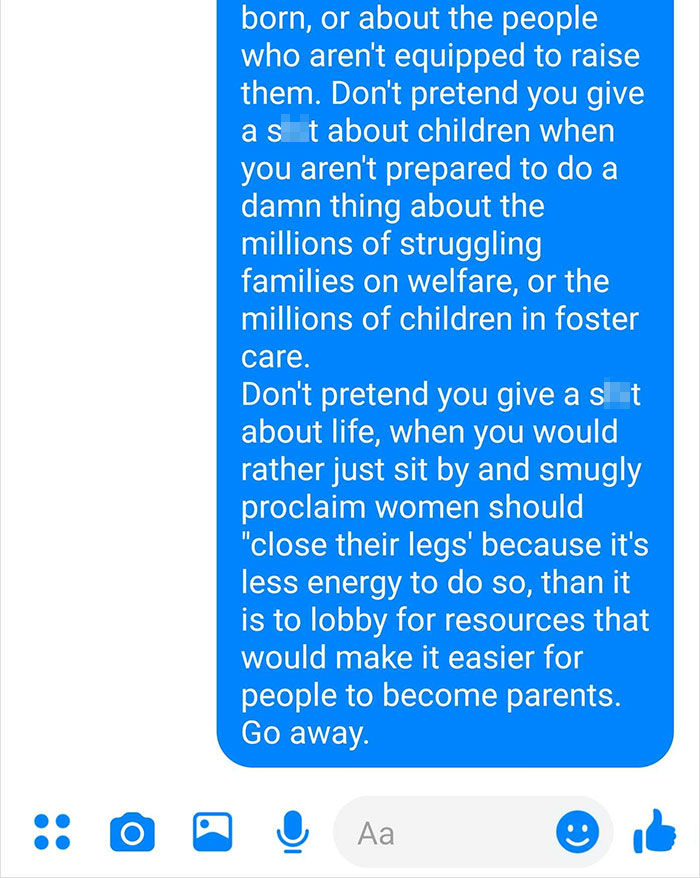 Unfortunately, this is where the conversation ends. However, we believe it’s one of the best responses to pro-lifers ever, and we salute the person that wrote it.

This is what people on Reddit had to say about the exchange: 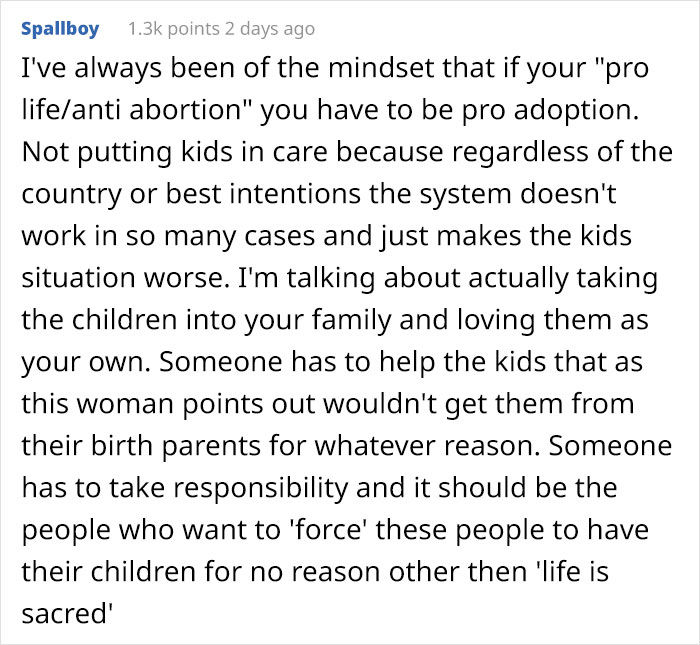 University Professor Says ‘Women Should Not Be Engineers or Doctors’, Sparks Protests