Sarah Fuller is a woman that made history last Sunday. She’s the first woman to ever play in a Power 5 college football conference game. She took the field as a kicker in the Commodores in their 41-0 loss to Missouri.

The ESPN reports that Fuller’s inclusion to the squad was necessitated because there were many male players who tested positive for the coronavirus. Her debut was a ‘designed squib kick that was downed without a return at the 35-yard line’.

Fuller’s appearance in the game was applauded by many, but some football fans compalined about her performance on Twitter and her inclusion in the game.

Twitter user The Volatile Mermaid compiled a list of some of the nastiest comments and shared it on twitter, and captioned it with: “The responses to a woman playing football with men are … predictable.”

Indeed, they are. Check out some of the worst responses to Fuller’s appearance below.

The responses to a woman playing football with men are… predictable. pic.twitter.com/fIZph9XZJL

The fragile masculinity was present on other social media platforms as well:

Fragile masculinity abounds on @SportsCenter story that Sarah Fuller is Vanderbilt’s place kicker this w/end.
Sarah will be wearing ‘Play Like a Girl’ on the back of her helmet. @iplaylikeagirl is nonprofit encouraging girls to play sports & discover STEM.
DO BETTER MEN. #yylam pic.twitter.com/9RnqT5rbcO

Fuller was named SEC Special Teams Player of the Week for her contributions, and she will be taking the field again this Saturday against the Bulldogs. 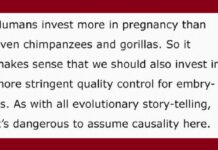 Woman Finds Tracker Tile In Her Bag After Night Out, Issues Warning To Everyone