Home Women Two Men Caught On Camera Trying To Slip A Pill In A... 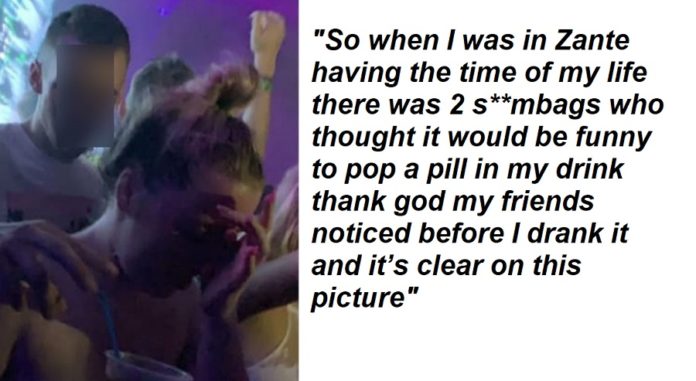 Gemma Reynolds is a 22-year-old woman from Dublin, Ireland, who posted an image on Facebook along with a warning to other women to stay alert during night outs.
She explained in her post that she was on the third night of a girls’ holiday at the Greek party resort Zante when they captured the terrifying moment a man slipped a pill into one of their drinks. 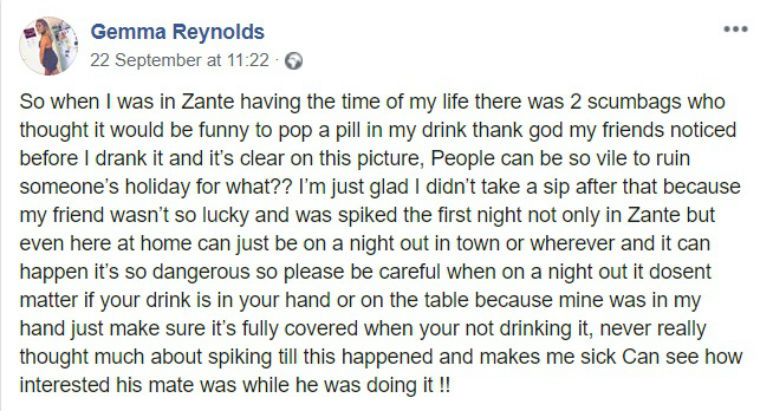 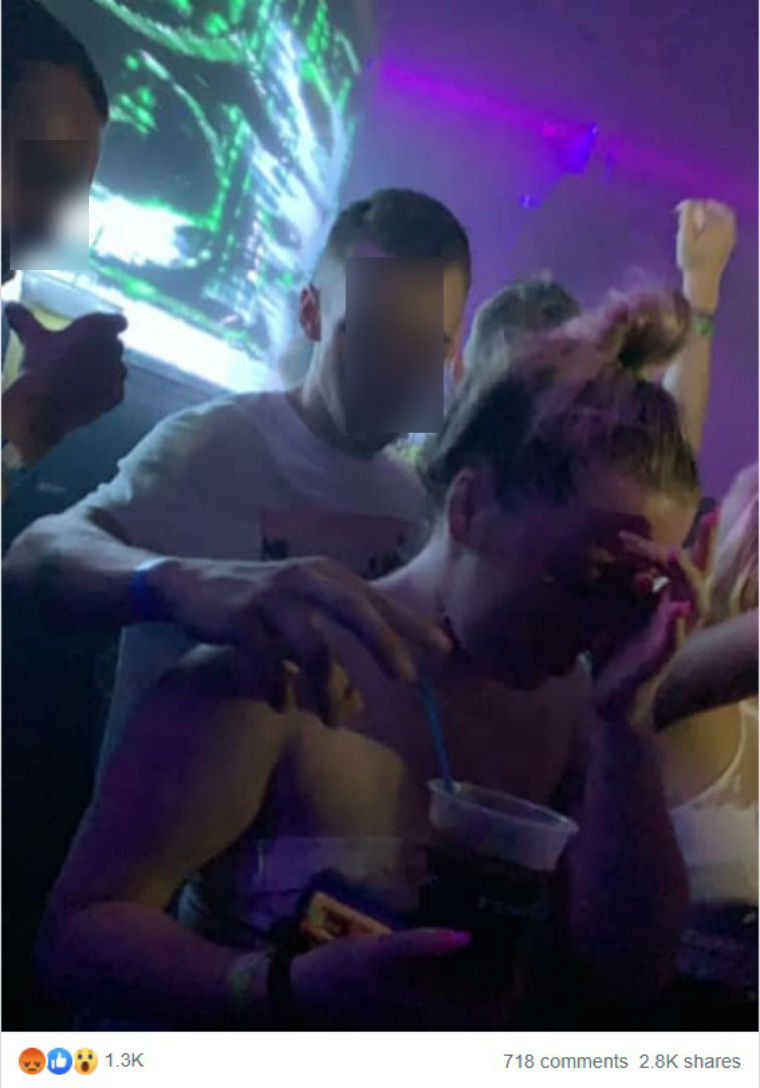 Reynolds told The Sun that she hadn’t been speaking to eaither of the men before the incident, and she didn’t notice what they had done at first. However, it was only after her friend started shouting “don’t drink it” that she realized what was happening, but the men had already run away.

She said that she took the drink to the club bouncer and gave them a description of the men, but they said that they had run away before any action could be taken.

She also added that another of her friends also had something put in her drink, and her friend felt immediately sick and had to be taken to the hospital.

She warned people to be careful when on a night out, and she says that it doesn’t matter if your drink is in your hand or on the table because hers was in her hand and the incident still occurred.