The first Black woman to serve as a brigade commander has been just appointed by the US Naval Academy.

Midshipman 1st Class Sydney Barber is only the 16th woman to hold the prestigious position of a brigade commander ever since 1976, when women were first allowed to attend the Naval Academy. To add to that, she’s only the first Black woman to hold the position, and she will hold it for the spring semester. She described the feeling to be ‘truly special’.

Barber said in a statement that earning the title of brigade commander speaks volumes, but the title itself is not as significant as the opportunity it brings to lead a team. She believes it will be something truly special, and she’s humbled to play a small role in this momentous season of American history.

Besides being a member of the USNA Gospel Choir and Midshipman Black Studies Club, Barber is also the co-president of the Navy Fellowship of Christian Athletes Club, and the secretary for the National Society of Black Engineers. Additionally, she’s a walk-on sprinter and hurdler of the Navy Women’s Varsity Track and Field team, and she holds the outdoor relay record.

Her goal is to become a Marine Corps ground officer, and she’s currently studying mechanical engineering.

In a video, she cited the first Black woman to graduate from the Naval Academy, Janie Mines, as her inspiration. She said that she followed her footsteps and her wildest dreams came true.

Mines congratulated Barber in a statement.

Woman Believes Her Husband Tries To Sabotage Her Weight Loss, Wants To Know What To Do 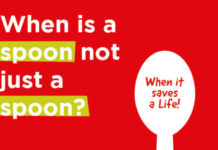 D. N. - December 3, 2020
0
Sarah Fuller is a woman that made history last Sunday. She's the first woman to ever play in a Power 5 college football conference...

Doctor Busts All The Coronavirus Vaccine Myths In One Minute

D. N. - December 3, 2020
0
NHS doctor Ben Janaway has just released a video to tell us all the information about the Covid-19 vaccine and help debunk all the...

Religious Barista Sues Starbucks For Firing Her After She Refused To...

D. N. - December 3, 2020
0
Betsy Fresse is a former barista from Hoboken, New Jersey, who used to work for Starbucks. She has now decided to file a lawsuit...

Dad’s Post About “Protecting” His Daughter By Taking Her To The...

D. N. - December 3, 2020
0
Although some states have improved the situation regarding the issue with child changing stations in men's restrooms, most states haven't done anything about it. Father...

The Story Behind The Real ‘Queen’s Gambit’, The Forgotten Female Chess...

Grandma Who Accidentally Texted a Teen And Invited Him To Thanksgiving...