Home Uncategorized High School Girl Is Getting Vaccinated Now And Standing Up Against Her...

From what’s being reported in the news recently, it’s clear that Anti-vaxxers are pretty passionate about their belief that vaccinations are dangerous and can cause illness.

So when one daughter decided to get a routine vaccination at school, in fear of suspension, you can imagine how her mother reacted.

In a post on Reddit, 14-year-old Beth from Canada said she was previously suspended because her mother didn’t allow her to get vaccinated.

I’m a freshman in high school, and my mom never let get my vaccines in grade 7, which caused me to be suspended in grade 7 and 8.

This year, the kids who hadn’t gotten them were called down to get them, and I had missed 4 very important vaccines. I got them, and I was given a note to show my mom what I had gotten. When I told my mom, she got mad because I didn’t ask her, and she wasn’t given any heads up about it (she was given notice).

he [said] that it was wrong and awful that they did that because she said that the vaccines I got cause problems and diseases, which I obviously believed for a long time as I was raised to believe that, but now being older I can see how messed up that is.

She went on about how she was going sue my school for giving me vaccines and she was calling the cops. When I got home she yelled at me for having them done. I calmly tried to tell her they were important to my health, which prompted her to take my phone and say:

“I’m not allowed to make that decision for her. I didn’t want to be suspended AGAIN for not having the vaccines done.”

Beth then posted the text conversation she had with her anti-vaxx mother after the school notified her. Responding to her mother she wrote:

You had to tell them before they did it

Otherwise they do it”

Her mother responded with:

“Not only that but HPV vaccine is potentially life-threatening

Talk to my school about

Many Reddit users were quick to praise the girl for standing up to her mother, reminding her that it’s her body. 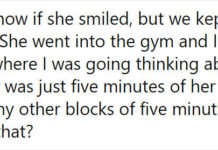 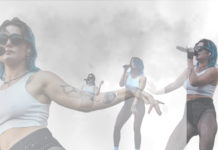 The Gender Pay Gap For The FIFA World Cup is US$370 Million. It’s Time For Equity