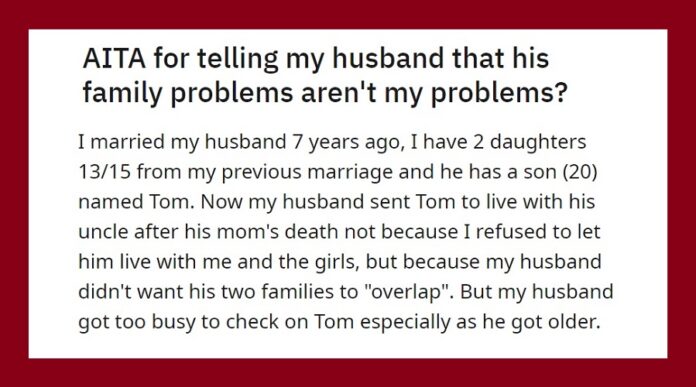 Many people live in blended families, and we know that things get rough, but what’s most important is that everyone respects each other’s boundaries and, due to the fact that everyone lives in the same family, help each other when in need. So, that means helping someone if they get sick. However, this mom of two daughters got angry at her husband after he suggested they pay for his son’s medical treatment. So, she decided to take it to the popular Am I The A-hole subreddit and ask whether she was in the wrong for telling her husband that his family problems aren’t her problems.

Reddit had a lot to say about it, and we invite you to check out the story for yourself below before you jump into conclusions. 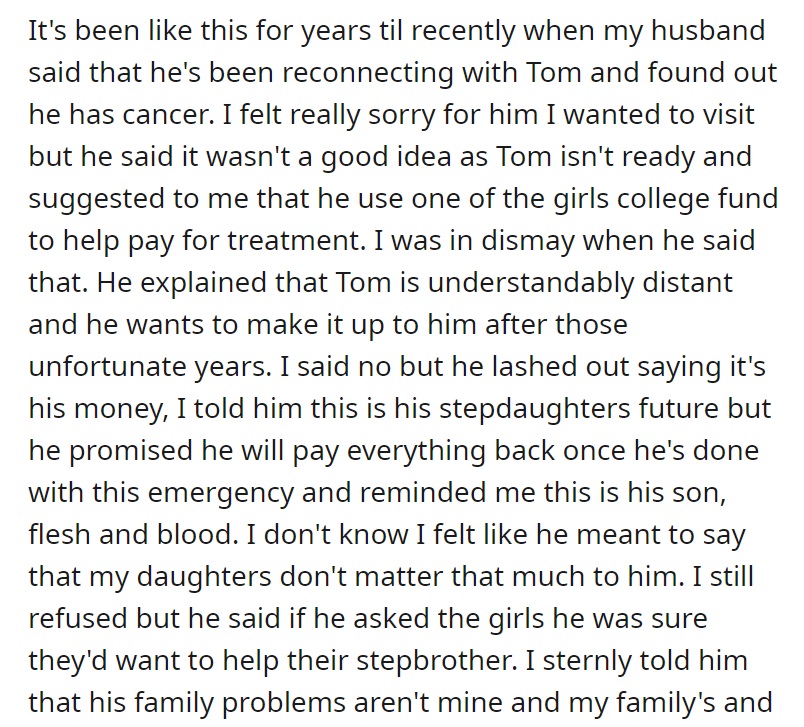 Most people noted that both the woman and her husband are in the wrong here – but she has absolutely no right to condemn him for giving his money to his son. It’s his fault that he ‘abandoned’ his son after he got into this new ‘happy family’, but she has no right to tell him that he’s compromising her daughters’ future, especially when considering that it’s his money that he’s spending for his son’s medical treatment. 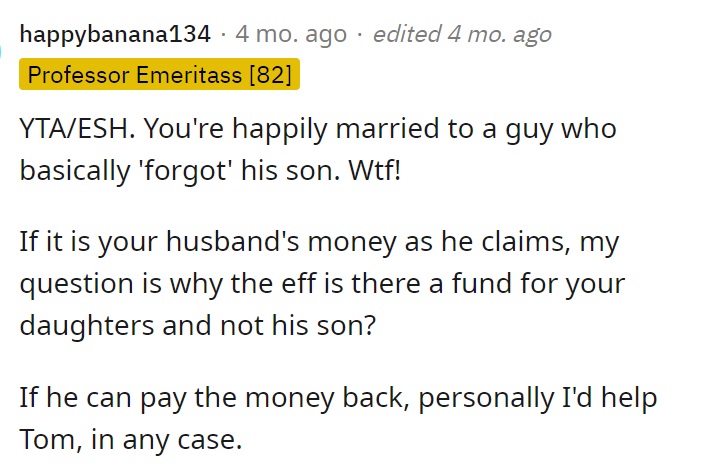 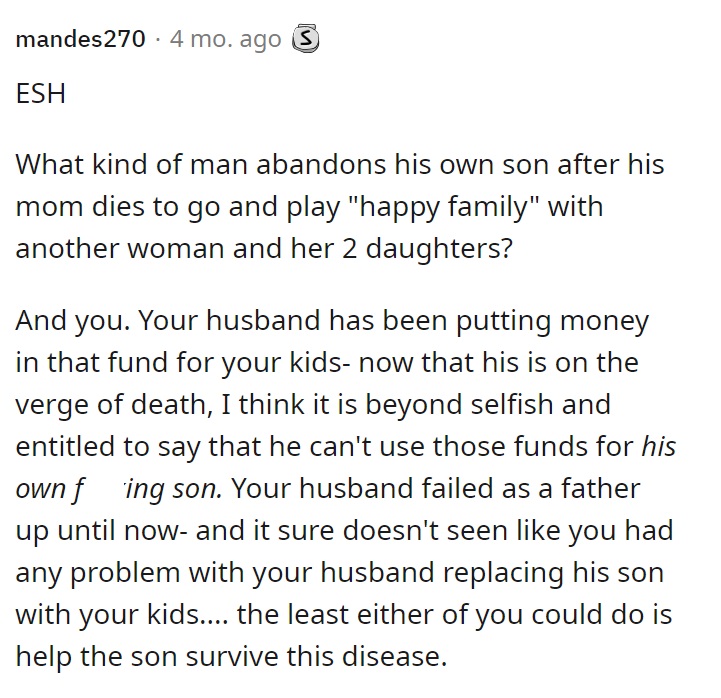 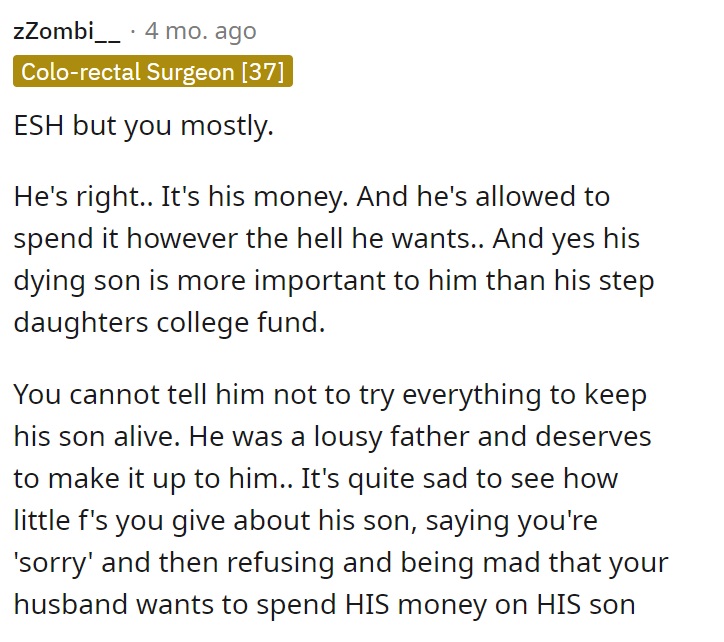