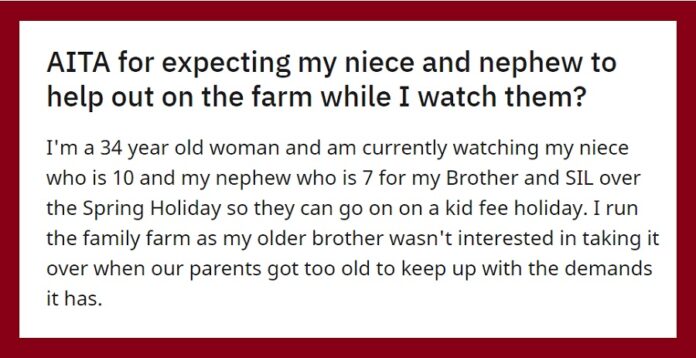 Staying in someone else’s home is a favor and a courtesy, and you’re only there because the host decided to invite you into their home.

However, some people take this for granted and assume that visiting someone else’s home is the equivalent of a spa day.

Case in point, Reddit user u/PopEquivalent3244 ageed to look after her niece and nephew, aged 10 and 7, while their parents were on vacation. She also runs the family farm, so, naturally, as the kids are staying with her, she decided that they should help out on the farm. Of course, in age appropriate ways, and nothing too demanding or taxing.

However, when the kids’ mom found out, she got upset and demanded that the OP (the kids’ aunt) keep the kids out of work while they’re ‘on vacation’. The OP believes she did nothing wrong, as she’s not running a resort, but her Sister In Law thinks otherwise. So, she asked the court of Reddit for their judgment, and Reddit had their say. Check out the story for yourself below, and decide who is in the wrong in the comment section. 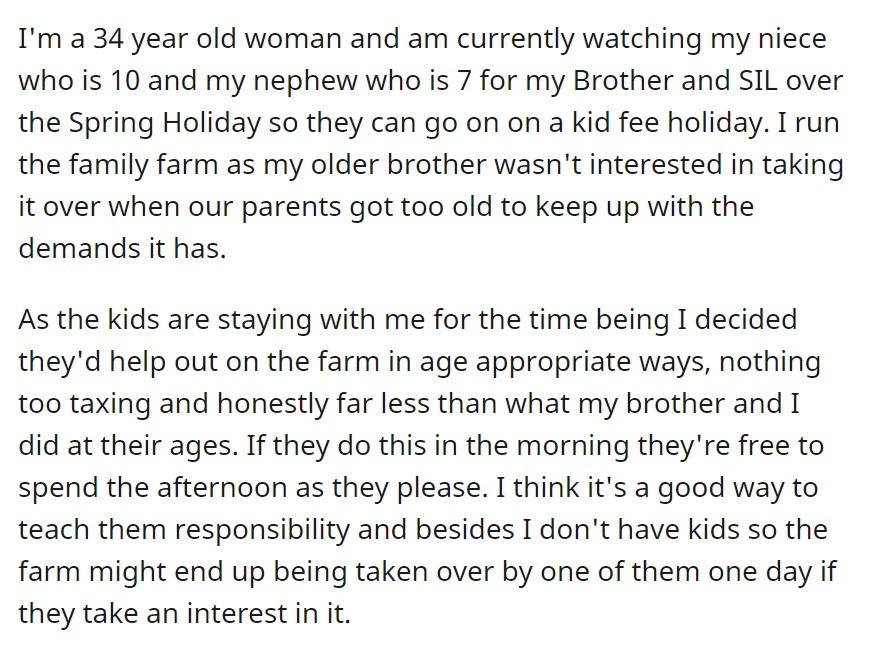 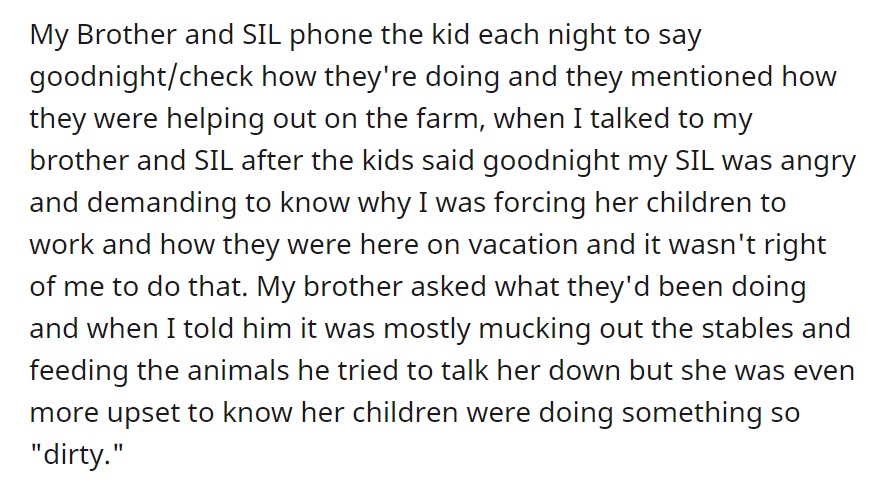 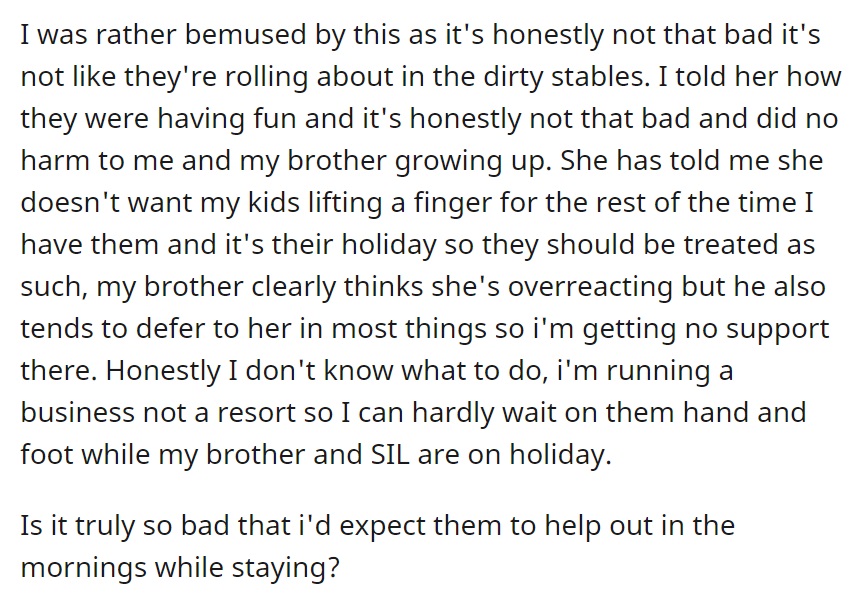 Unsurprisingly, Reddit voted that the OP is not in the wrong here – absolutely Not The A-hole. If the parents wanted their kids to be on vacation, maybe they should have taken them with them, right? 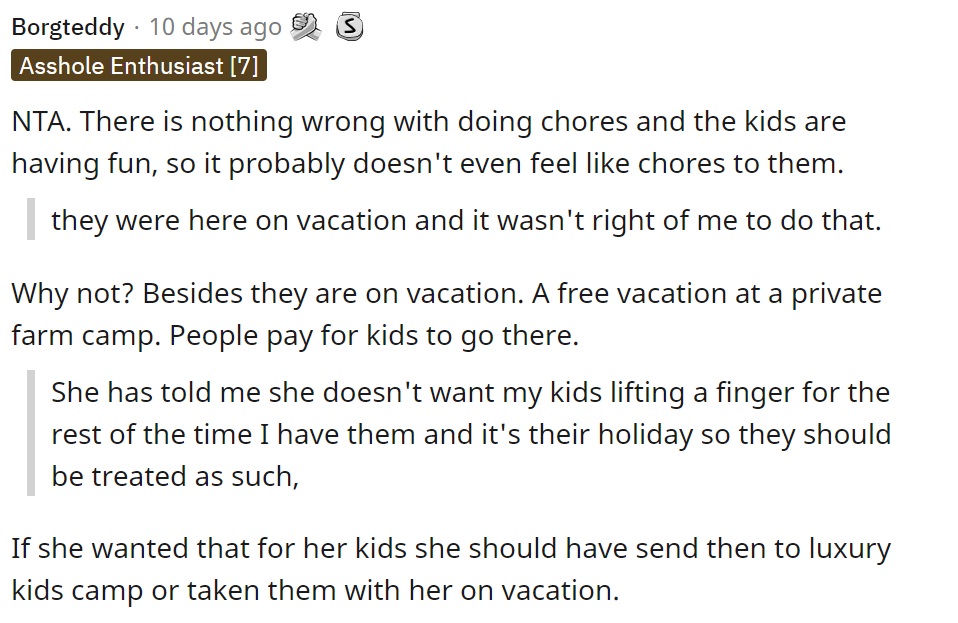 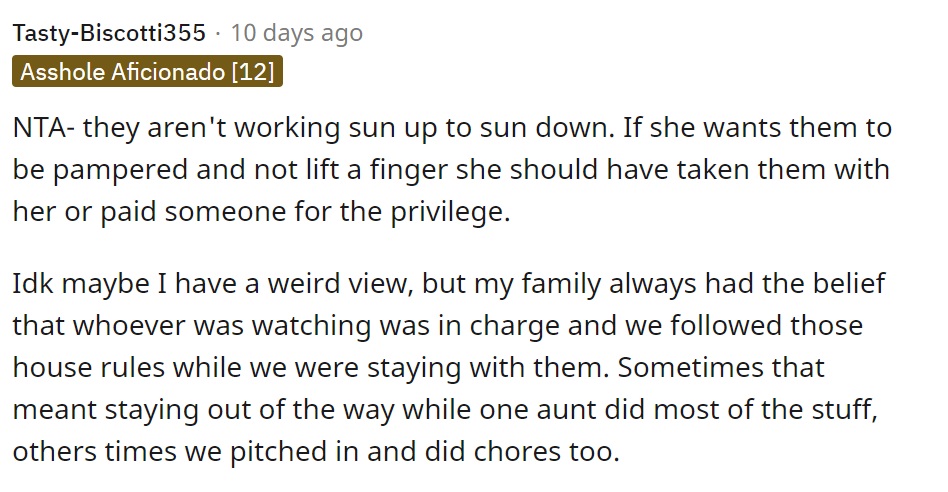 ABOUT US
Women's Rights News is Facebook’s most prominent Women's Rights page. WRN promotes and advocates an array of topics from global gender equality, feminism, shaming & bullying, body positive & acceptance, rape, rape culture, victim blaming, reproductive rights / pro-choice, women's health, domestic & sexual abuse, survivor & victim stories, SHEroes, human rights, gender pay gap and so much more. We value the opinions and comments of each and every one of our fans. To contribute content: Women[email protected] Follow us at: www.facebook.com/WomensRightsNews
FOLLOW US
© Femalista.com 2018
This website uses cookies to improve your experience. We'll assume you're ok with this, but you can opt-out if you wish.Accept Read More
Privacy & Cookies Policy