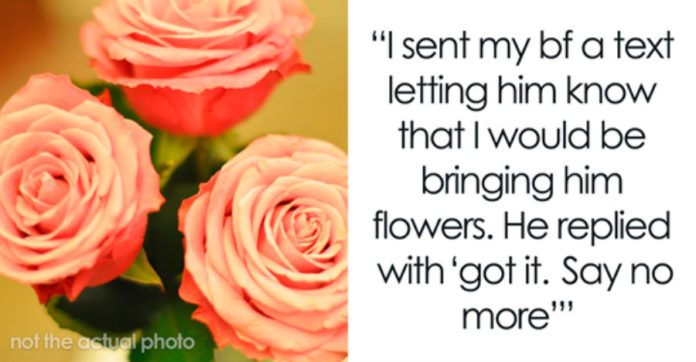 It often happens that we have an irreconcilable difference with a member of our significant other’s family, and it’s a difficult situation because, like it or not, an occasion comes up when we are forced to try and be civil to one another. It’s either this or cold, tense family gatherings that no one really wants.

Reddit user u/shygirlturnedsassy didn’t want to just be silent and pretend that everything is Okay, however, and she chose to go on the attack with her boyfriend’s misogynist uncle and show him that she doesn’t approve his behavior. They hatched a plan with her supportive boyfriend, and she shared what they did in a post that gained huge popularity. 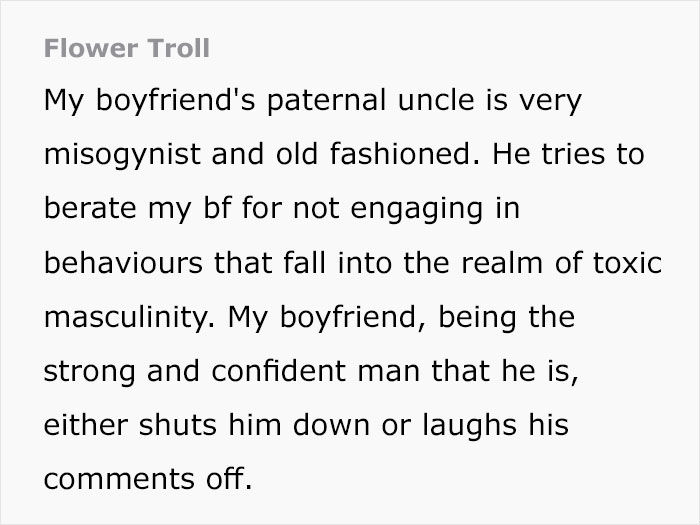 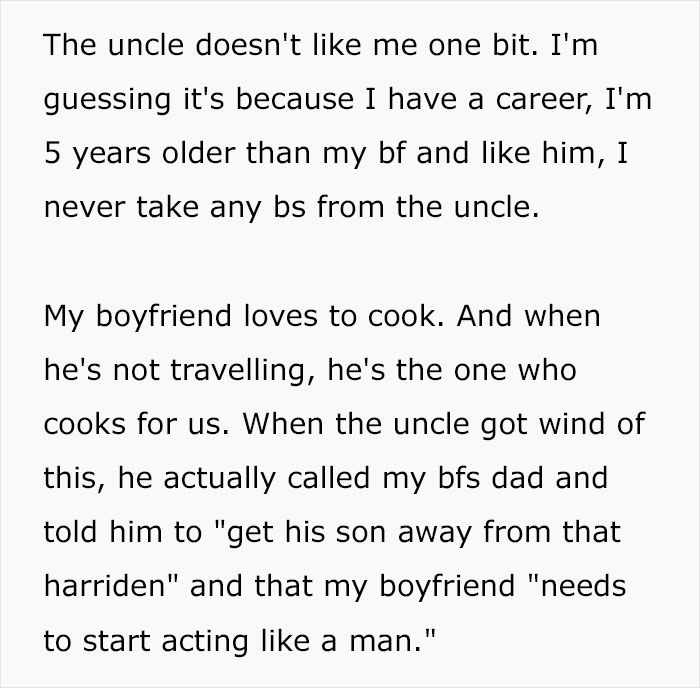 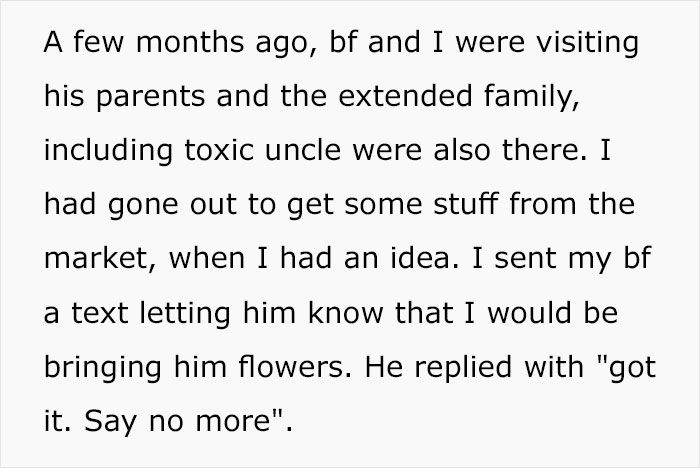 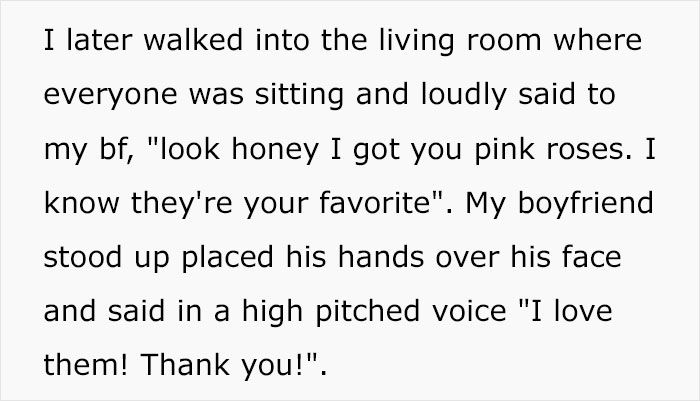 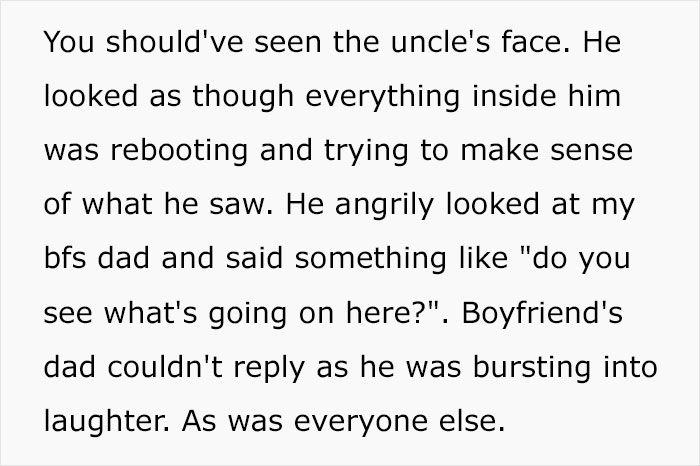 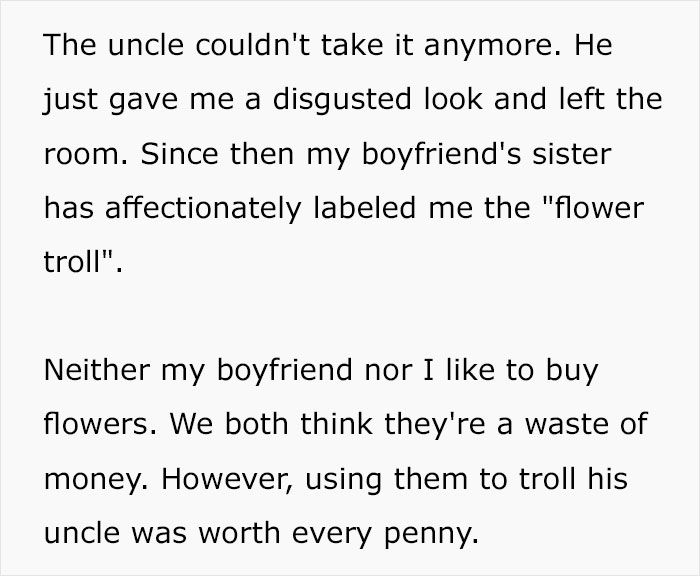 And we must admit that she has a brilliant point. Her post received praises left, right, and center, and she received more than 50k upvotes on Reddit. Most of the comments were supportive, and this is how people reacted to the “roses revenge”. 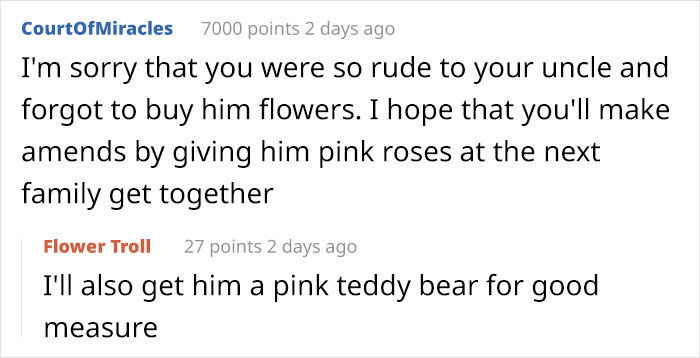