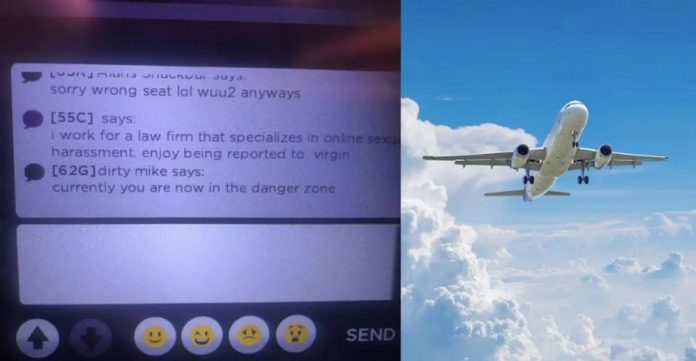 Anyone who has ever traveled across the Atlantic knows just how grueling that flight is, and the last thing you want on such flight is to be disturbed by another passenger. However, this is exactly what happened to a woman on a recent Virgin Atlantic flight thanks to a messaging application in their in-flight entertainment system.

Apparently, the app allows passengers to chat with each other over anything they want, as long as the recipient accepts the sender’s request for the first message.
Jessica Van Meir boarded her flight, and she accepted messages from a fellow passenger and his friends.

She later decided to share the conversation that took place on Twitter to show people just how disgusting it was. 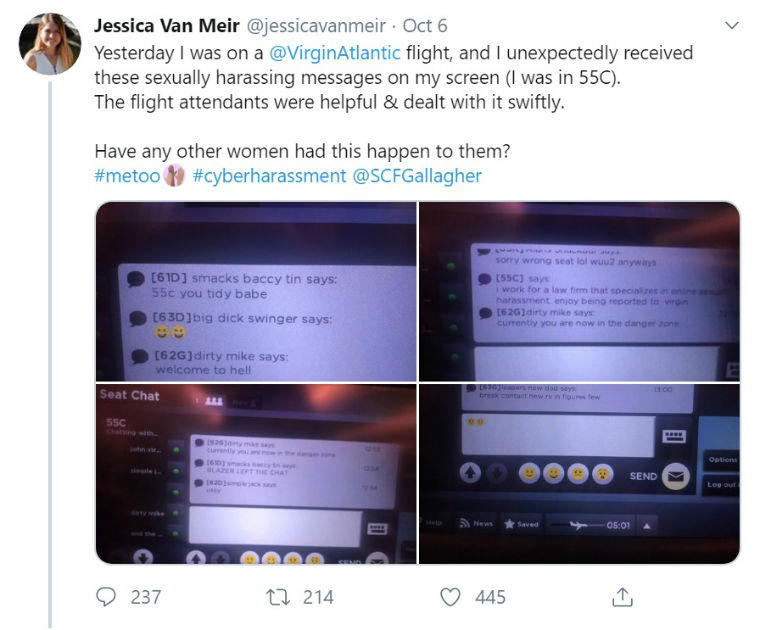 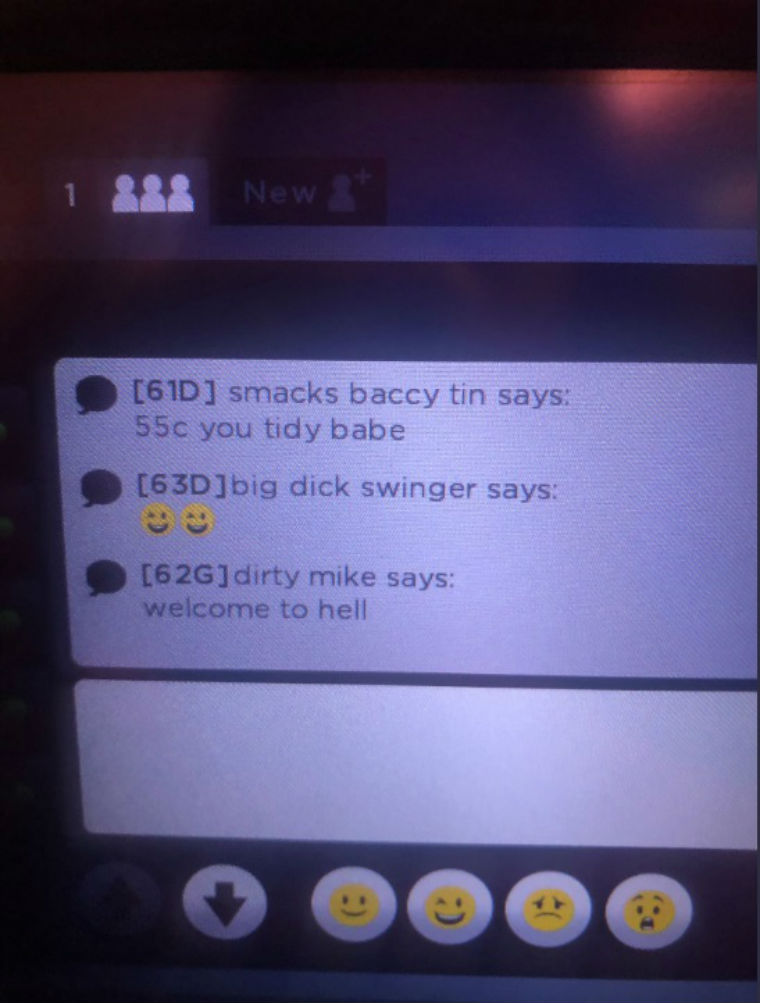 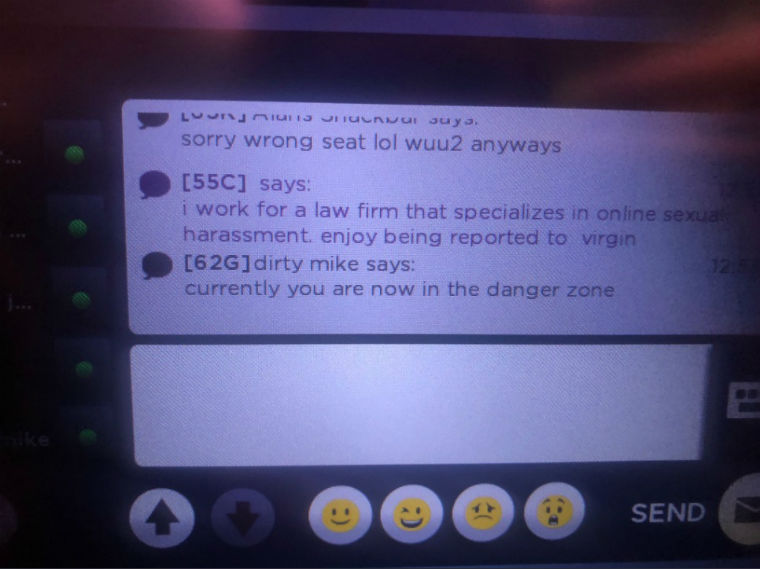 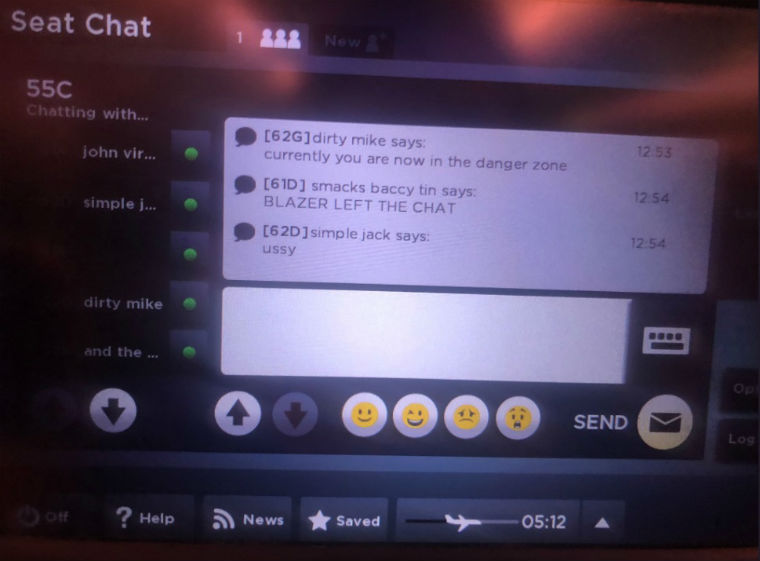 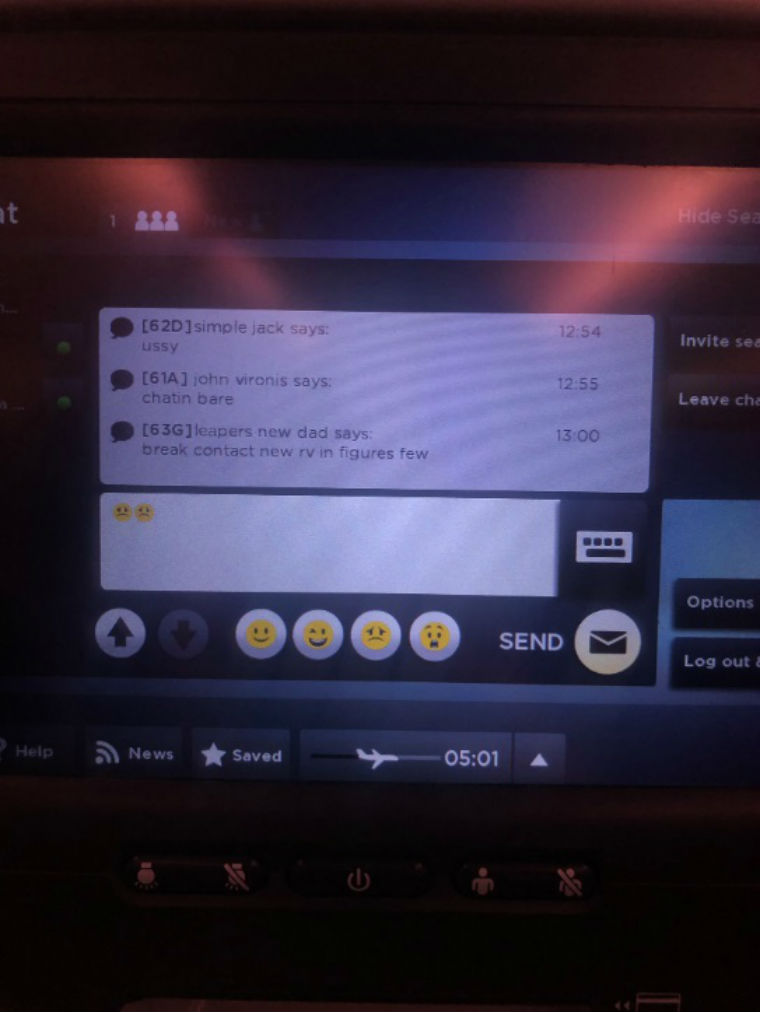 Jessica encouraged Virgin Atlantic to “take measures to prevent this from happening by flagging specific language” and allowing a function in which one can report the chat. 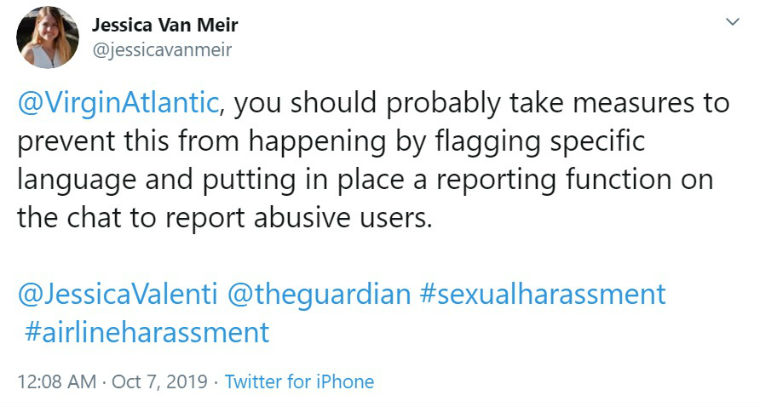 She wrote that she walked through the aisle and took a photo of the guys after the flight attendents spoke with them, and a young guy came up to her and said that he heard about the chat between her and the guys and wanted to apologize on their behalf. Apparently, they’ve been on a rugby trip and he was one of the leaders, and added that they had been drinking and that he will talk to them.

Virgin Atlantic was quick to release a statement and apologize for the harassment, writing: 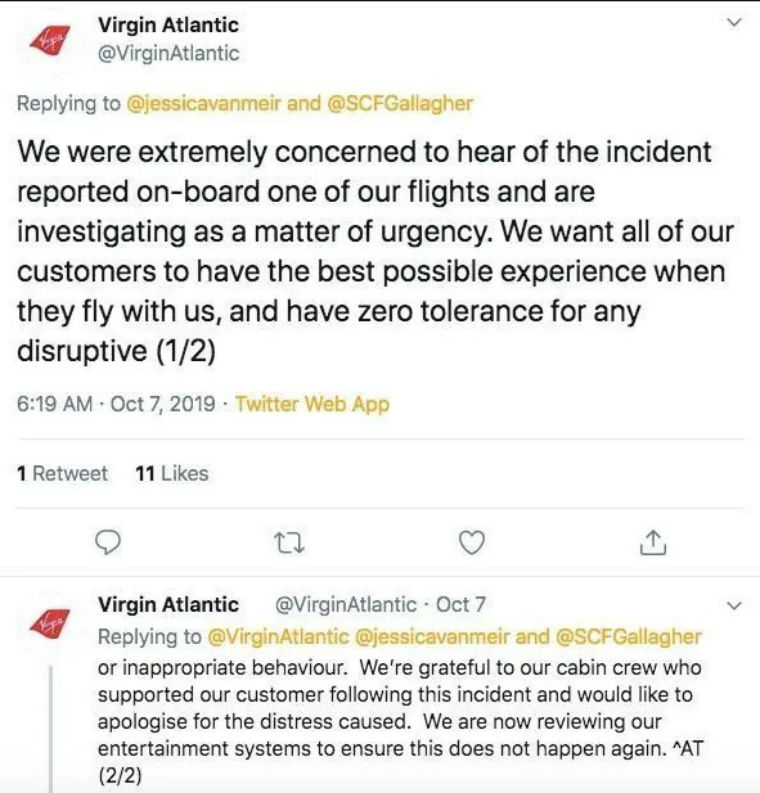 This is what people on Twitter thought about the incident: 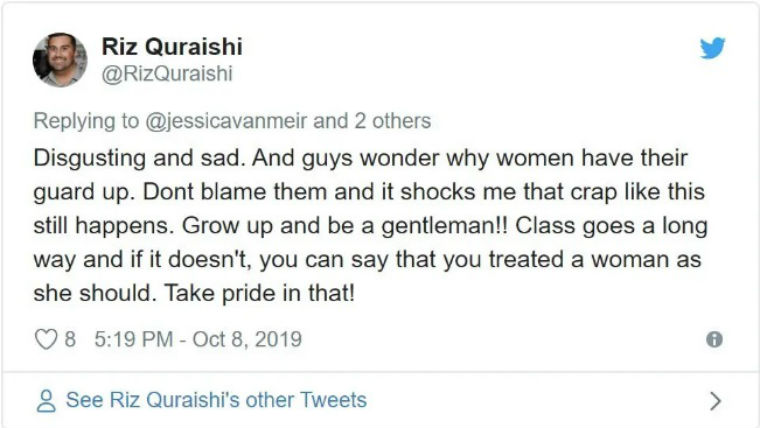