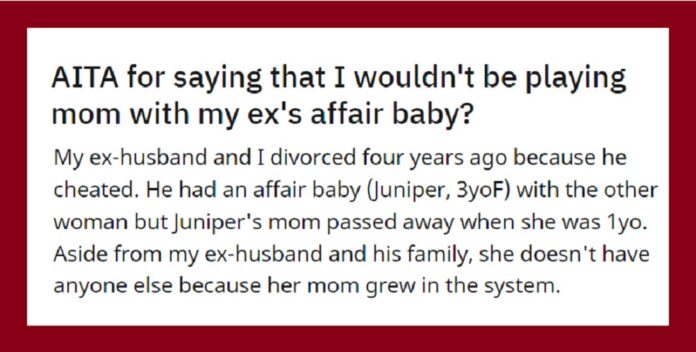 When a marriage breaks apart it’s hard on everyone, especially the kids. Reddit user u/Honest-Wish7885 is a mom of four who thought she had it all until her husband cheated on her with another woman. The marriage ended, but the ex-husband’s affair resulted in him having a baby girl with the other woman.

The woman shared that she’s a mom of four who thought she had it all until her husband cheated on her. She decided to end the marriage, but her ex-husband’s affair resulted in him having a baby with the woman he cheated with.

Unfortunately, the other woman ended up passing, so now the dad is a single dad to the toddler, plus his other 4 kids visit him regularly. However, when the ex-wife drops off their kids for visitation, the affair baby (which is now a 3-year-old) has started calling her ‘Mommy’. The woman doesn’t feel comfortable pretending to be the mom of this kid, so she decided not to play the mom of this kid. So, she asked the court of Reddit, and Reddit responded. 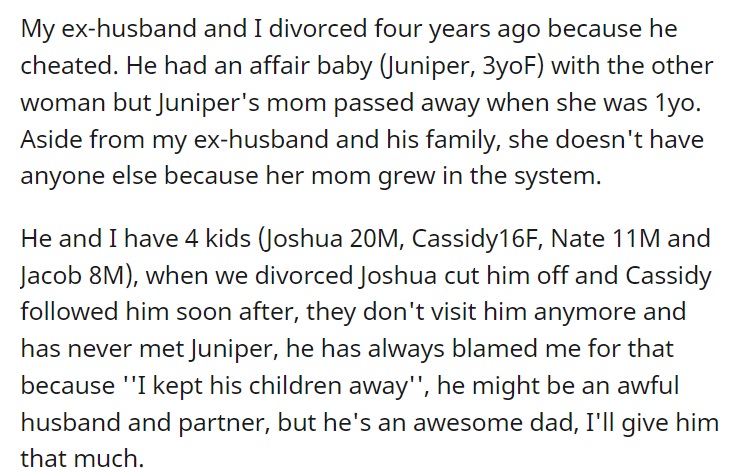 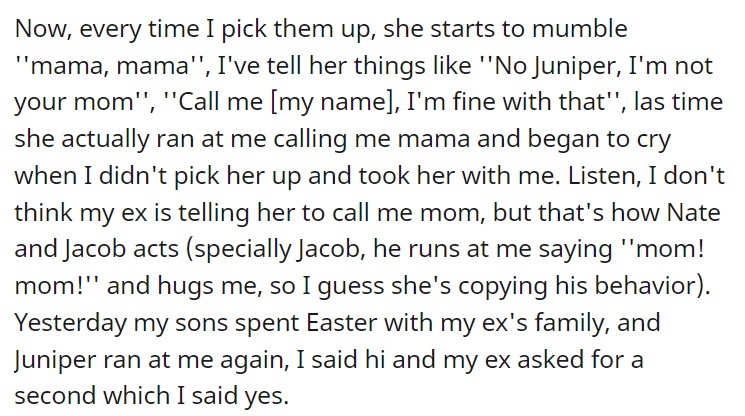 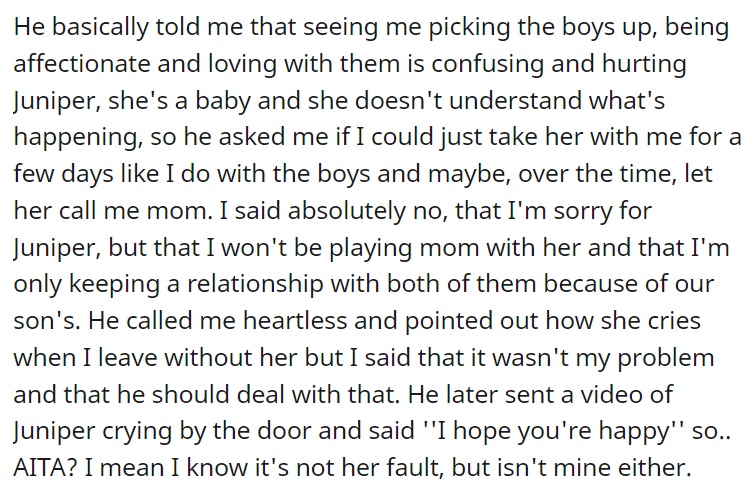 Most Redditors voted that the woman is absolutely not in the wrong, and she should have divorced him twice! Not the a-hole all the way! Case closed. 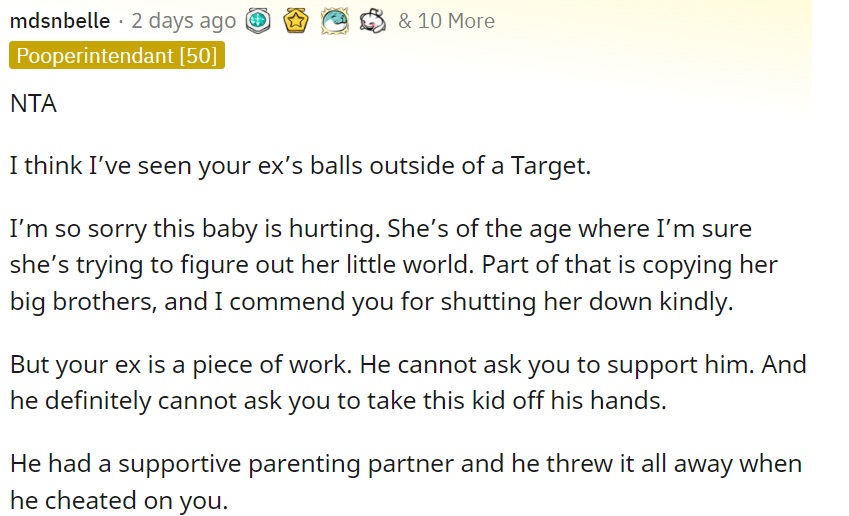