Home Women Woman Scolded By Neighbors For Jogging Bra-Less, Asks If She Did Something... 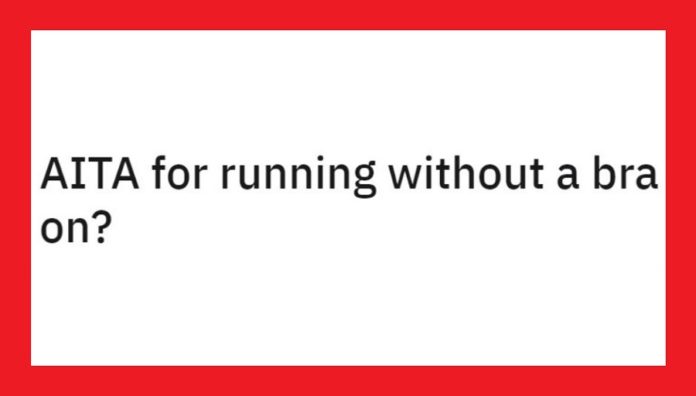 We all hope for a world where people would mind their own business and not give a single care about what women wear. However, as we all know, women’s bodies have been objectified for centuries now, and people have been ‘obsessed’ over ‘ideals of modesty’.

Many people feel like it’s their duty to share their opinion about other people’s choice of clothing, and, in most cases, it’s about what women wear. Our bodies are still ‘policed’ in public spaces, especially when it comes to wearing a bra.

A 27-year-old woman recently decided to ask Reddit if she was in the wrong for running without a bra on. As most of the gyms in the world are closed right now, she decided to go out for a run around 9 pm. However, she was scolded by a family of four over her choice of jogging braless, and she wanted to know if she did something wrong. 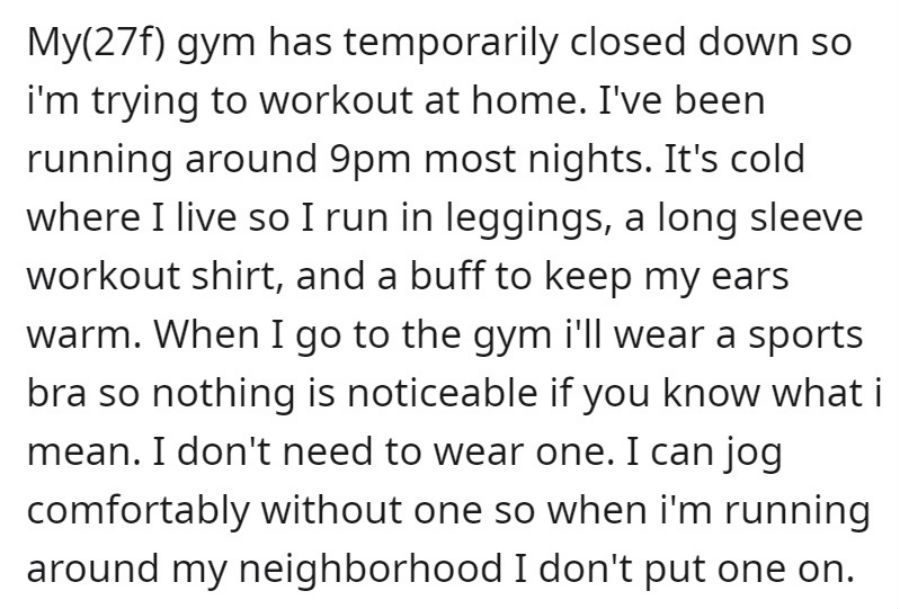 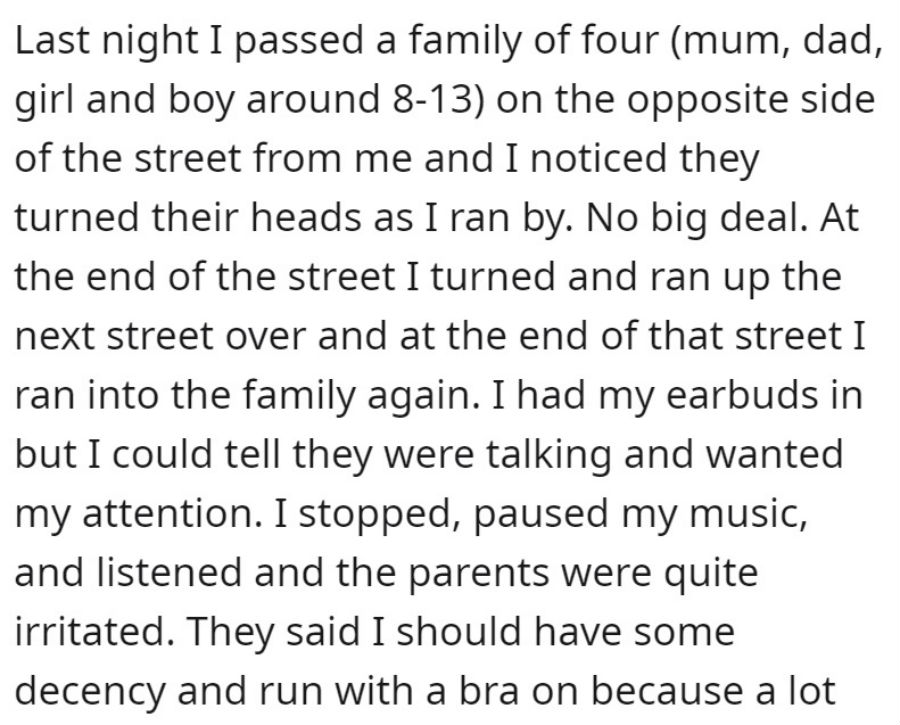 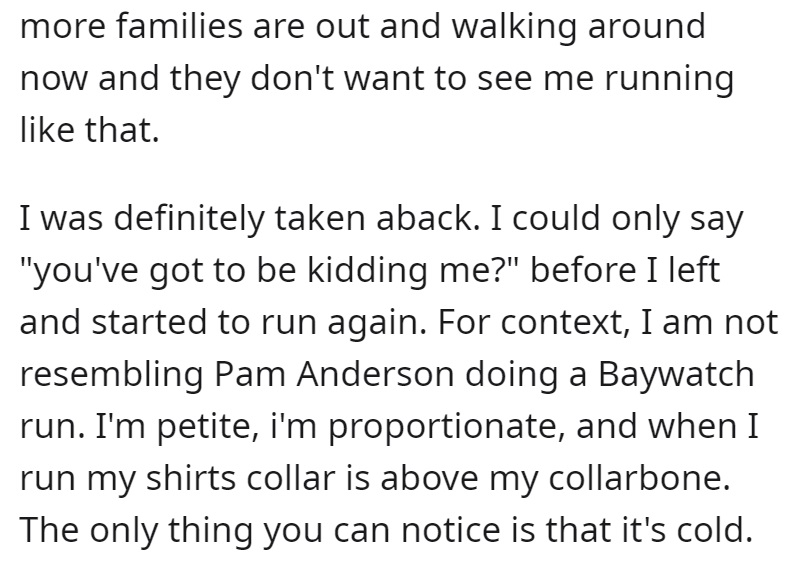 As many people pointed out, she made absolutely NOTHING wrong, and the only people that were in the wrong here were the people that scolded her on the streets: 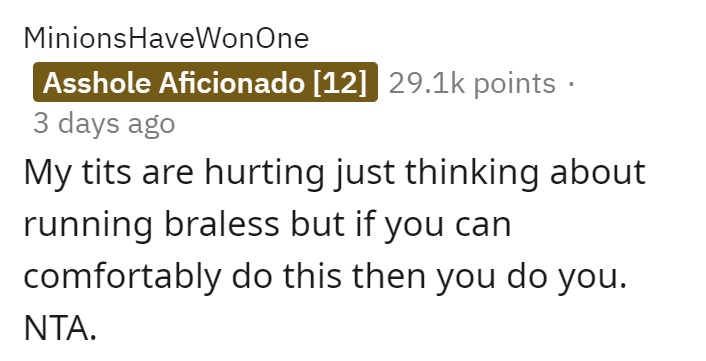 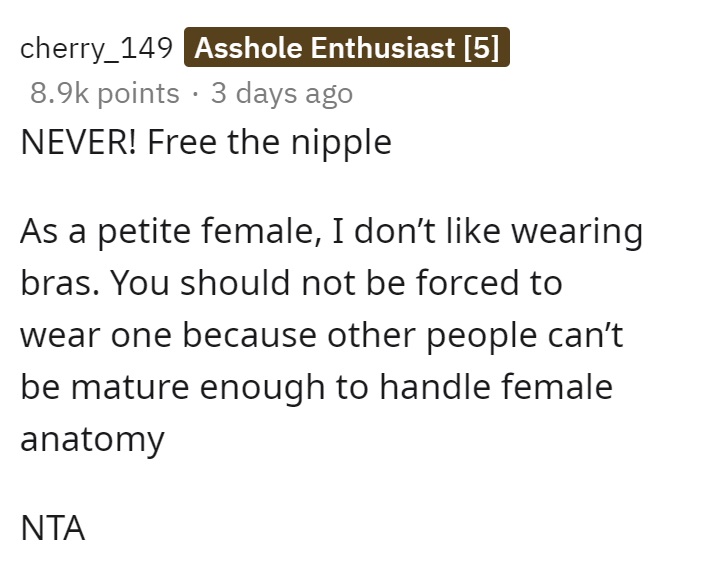 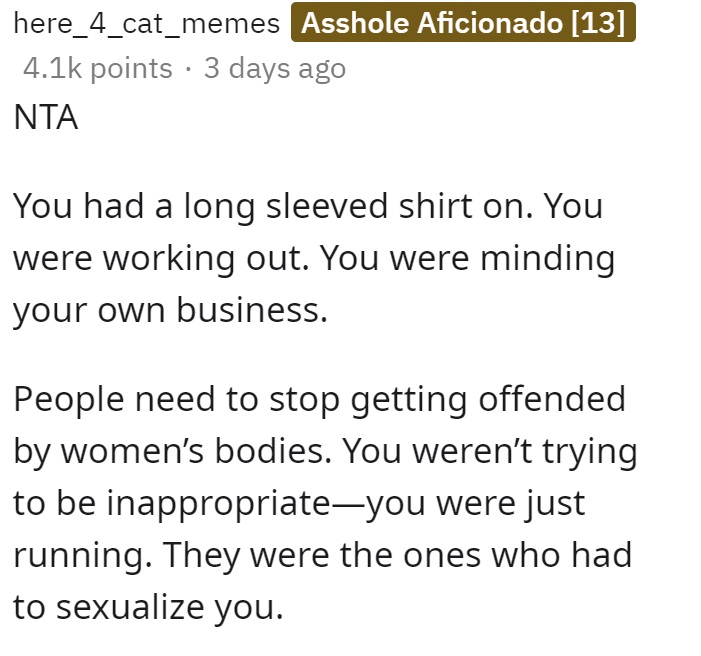