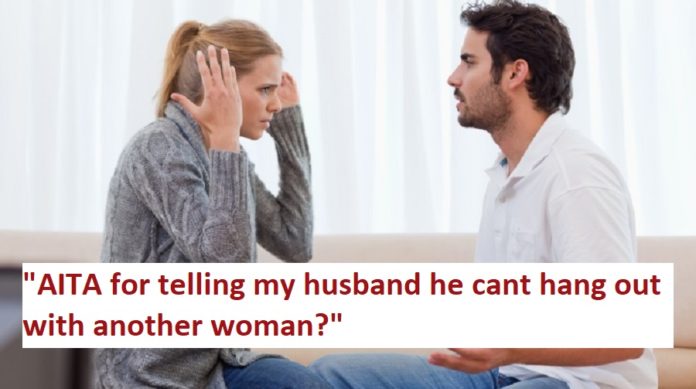 We live in 2020, and so it should be expected that men and women can be friends, even when they’re in romantic relationships. It’s perfectly normal for people to have friends of every other gender, and if you trust the person you’re dating, it shouldn’t be a problem.

Well, Reddit user u/NotThatFamousGirl doesn’t seem to agree with it, and she recently decided to take it to Reddit’s Am I The A-hole sub to ask if she was in the wrong for stopping her husband hang out with another woman – without her. The couple has been married for almost ten years, and have three kids together.

In the post, she wrote that they’ve been together for 10 years, and he has done some shady things like talking to other girls in inappropriate ways. In fact, she caught him texting inappropriate things with another girl twice – and the last time it happened was a few months ago. According to her, he has a lot of female friends, and she has plenty of males friends, and she doesn’t describe herself as the jealous type. However, the texting has been a hump in their relationship, and she now feels that he should be building up trust in their marriage again. 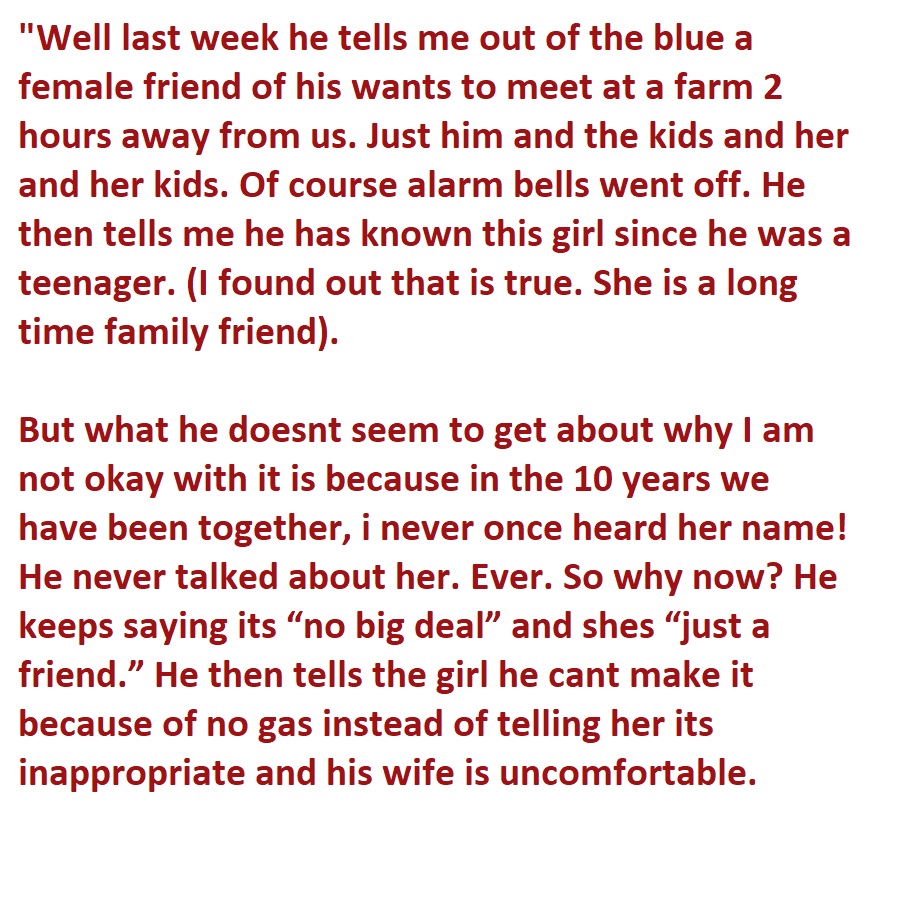 Her husband got angry at her for getting jealous over his playdate plans, and he told her she’s wrong to feel like his plans with his female friend were inappropriate.

She also adds that she’s sick of the constant worry, and she believes he drove her to be an insecure jealous person she never was. She asked the good people of Reddit whether or not she was the a-hole in the situation, and most said that he and his shady behavior is the problem here. 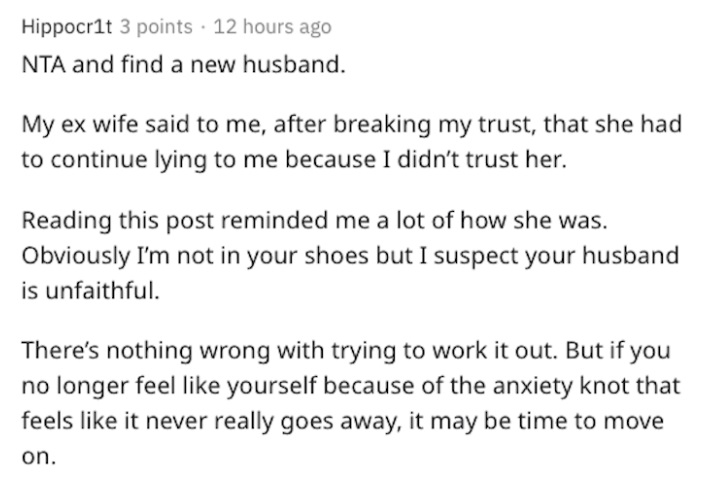 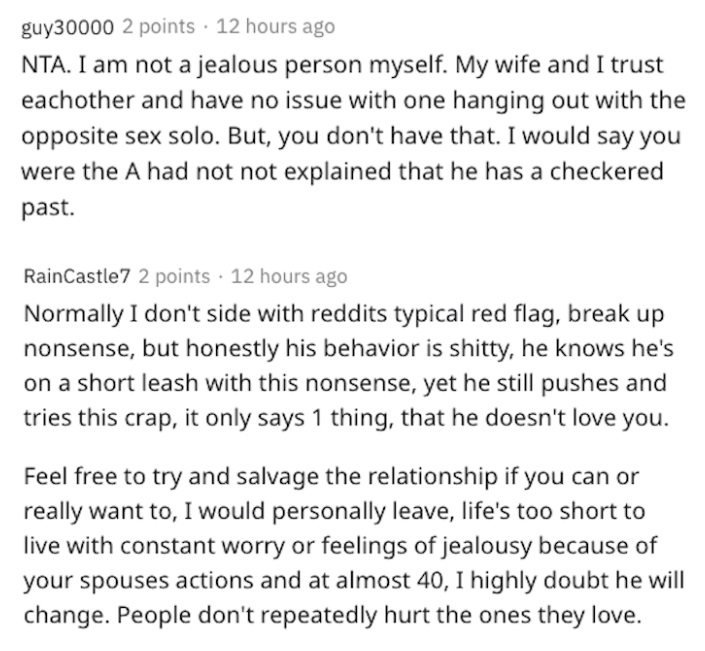 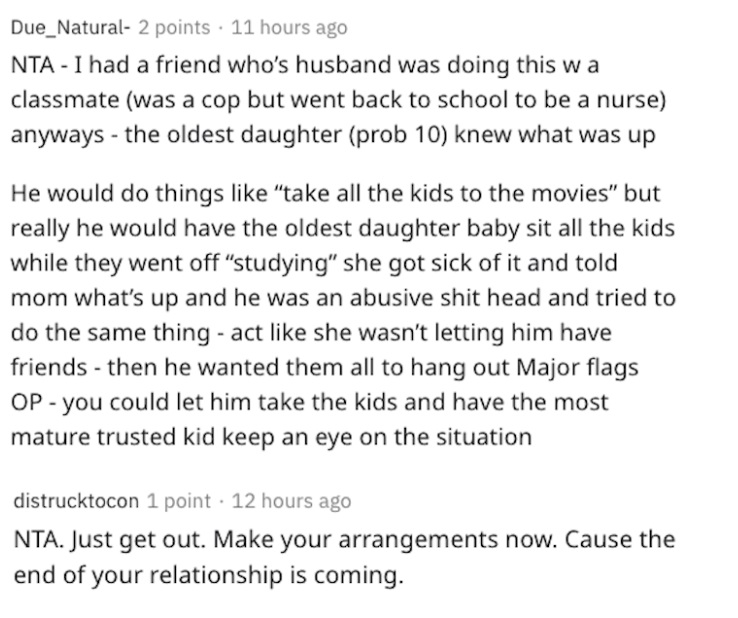 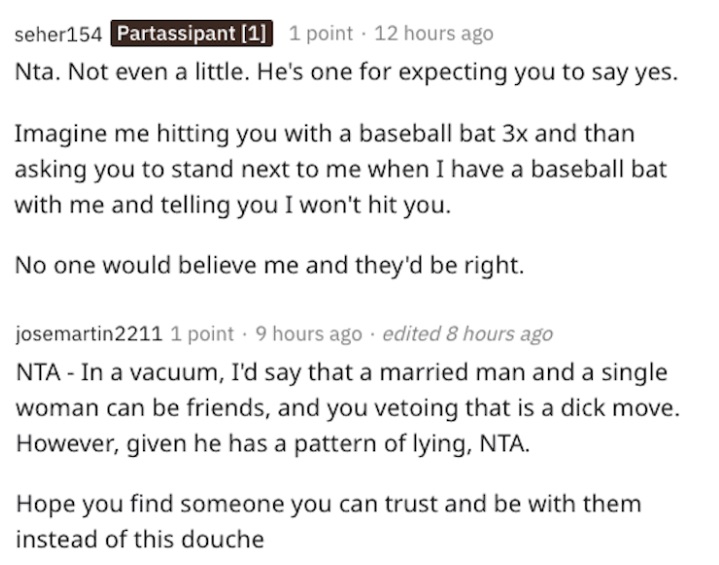