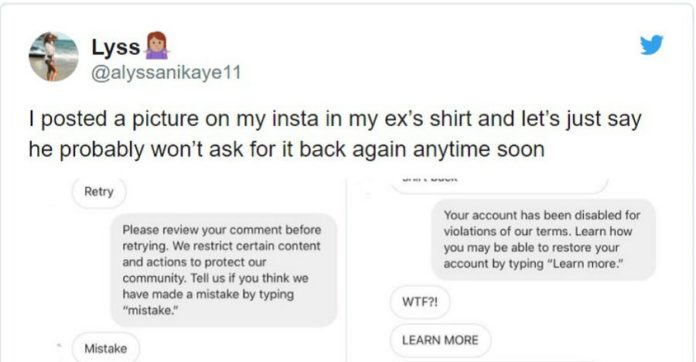 Alyssa is a Twitter user that won the “Internet queen” title for the week after she posted screenshots of a conversation she had with her ex-boyfriend.
She used a simple request and turned it into truly top-class trolling, and she tested the limits of her ex’s reasoning skills when he decided to “slide into her DMs” on Instagram.

You see, she had posted a photo of herself wearing his shirt, and the trolling began when he asked for the shirt back. 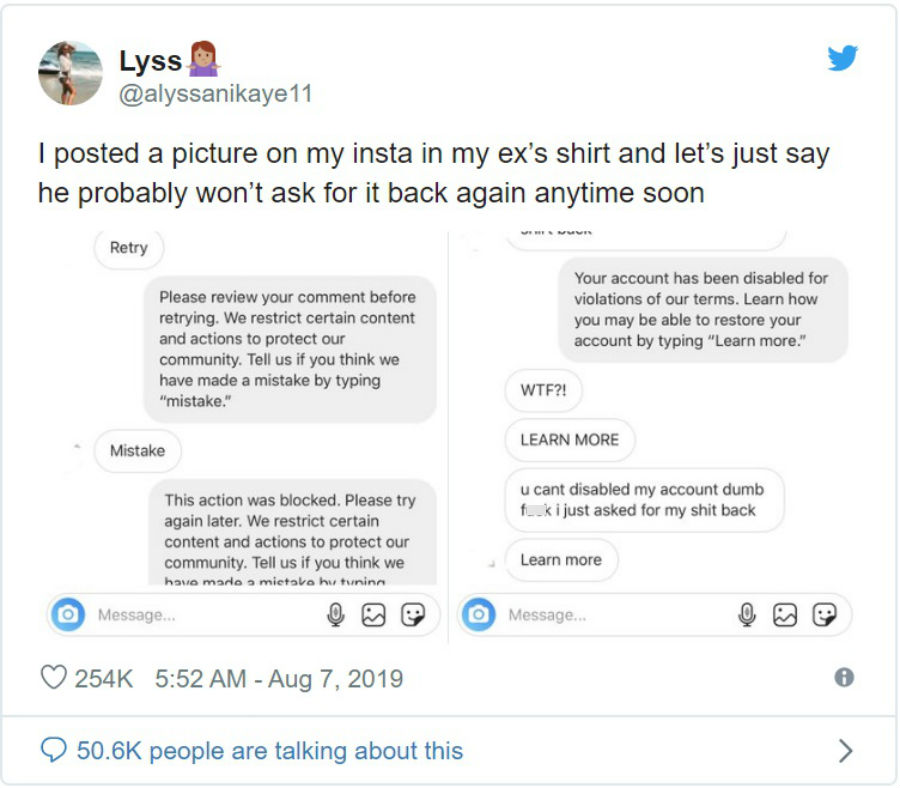 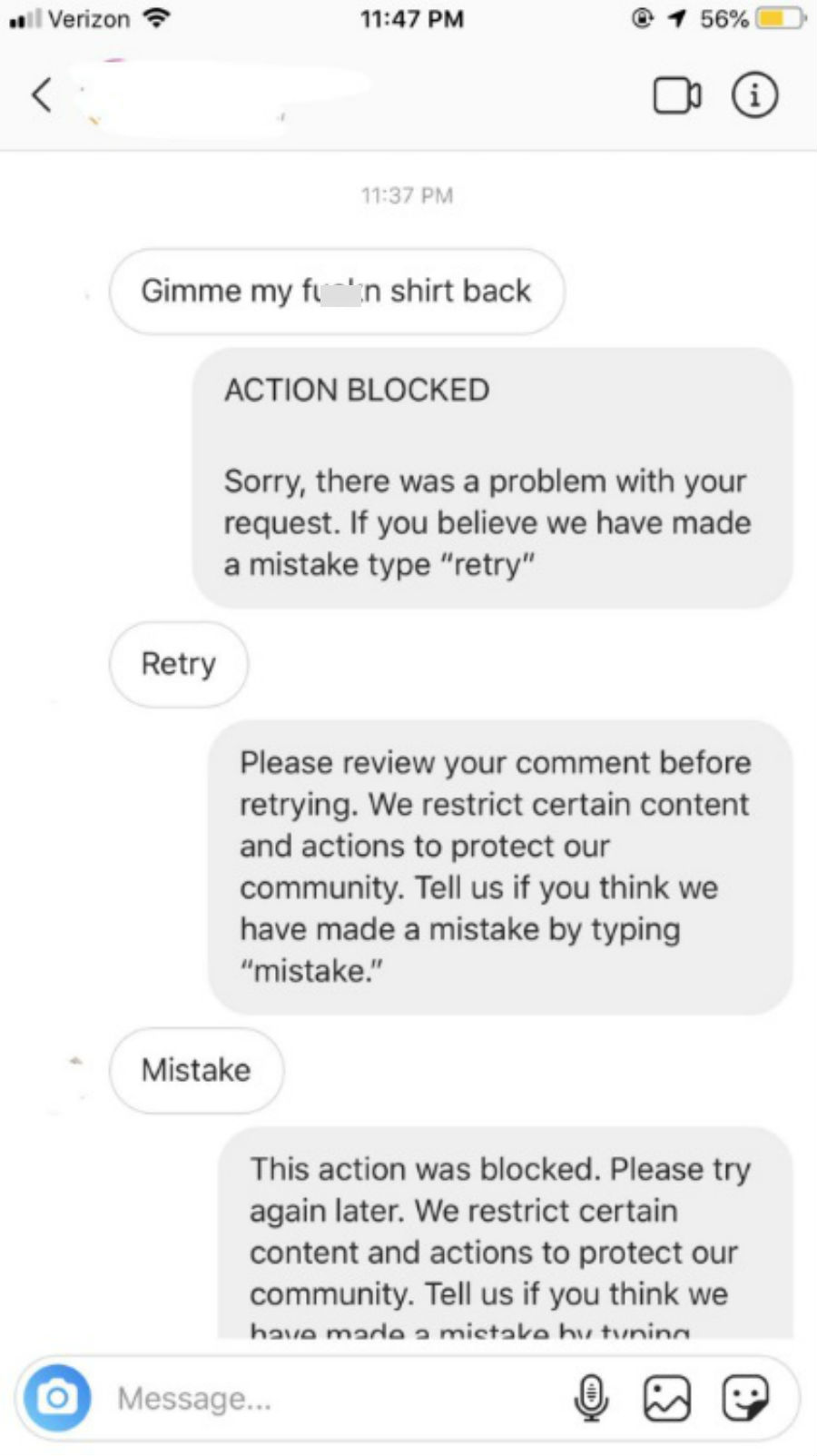 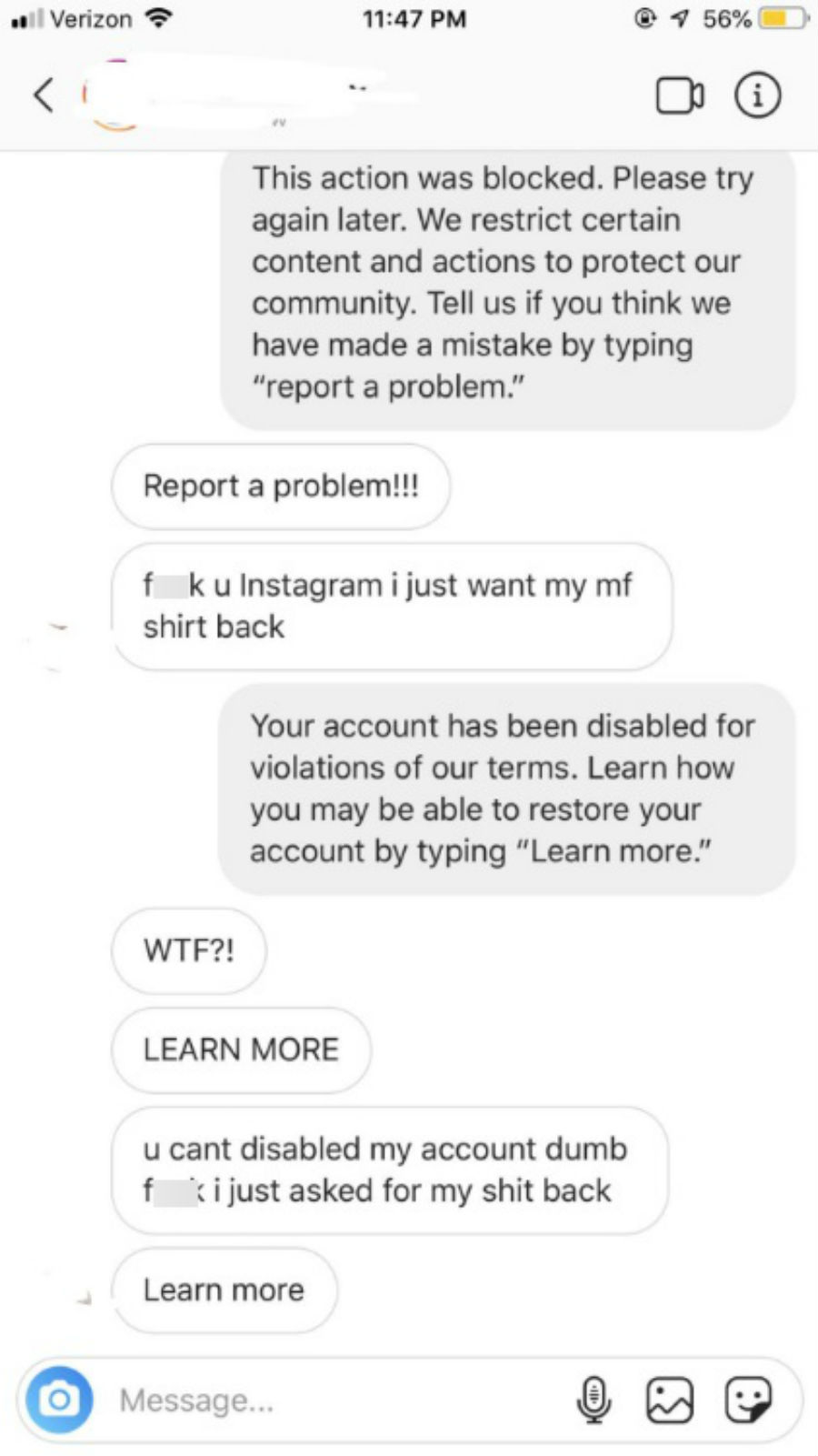 Alyssa’s post was liked more than 254k times on Twitter. However, the opinions of people were split between praising Alyssa for her masterful trolling, marveling at just how gullible her ex was, and not believing the conversation took place at all (or that it was a fake conversation).
What do you think? 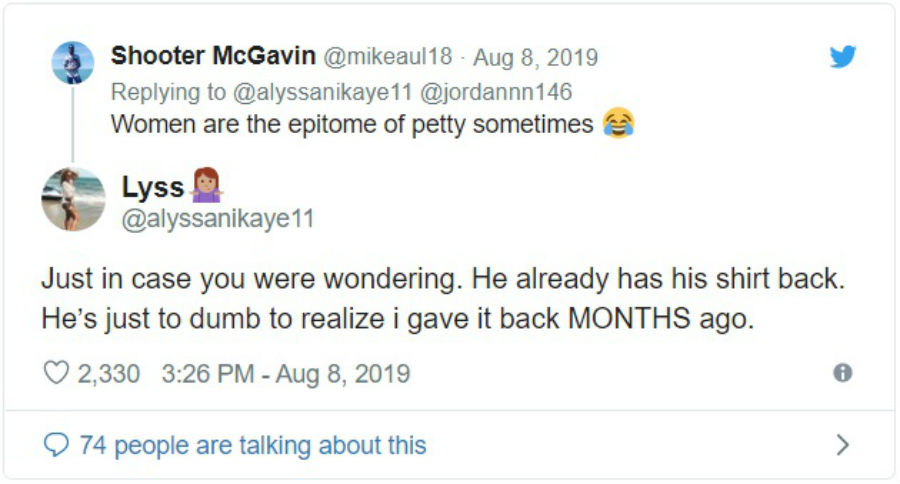 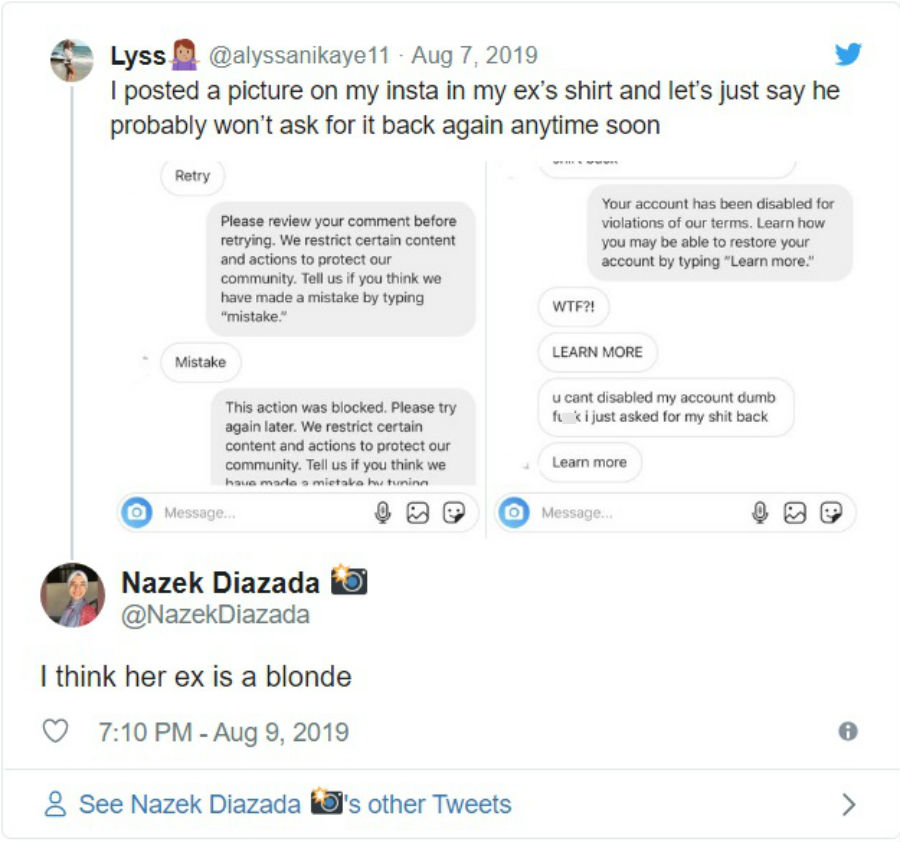 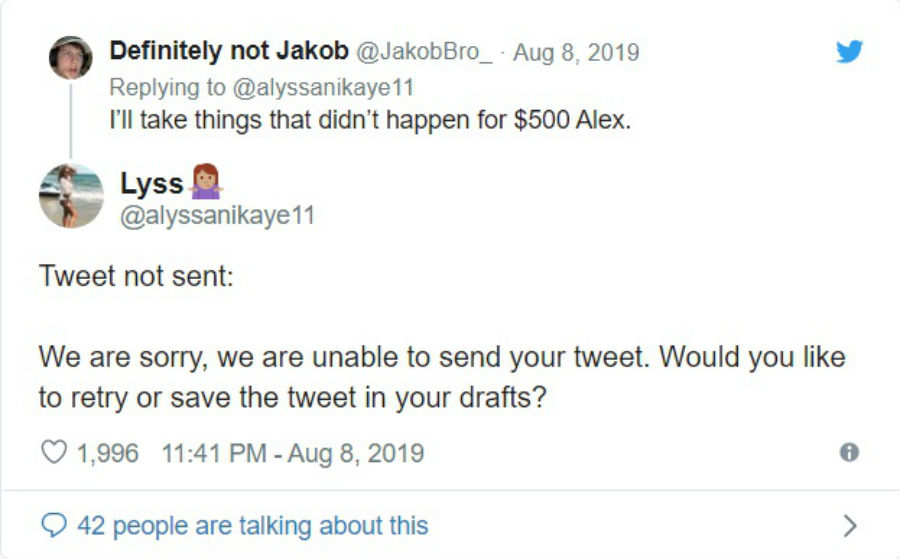