You probably didn’t know they existed for real, but chances are you’ve heard about the so called ‘fat camps’ – or at least you’ve seen them in the movies.

Although their popularity has dropped in recent years, fat camps have been advertised as places where people go to lose a lot of weight quickly. So, Hannah, a 28-year-old HR and content creator from the US, decided to share the story of what actually happens at the fat camps, and how it affected her life.

In a TikTok video, she shared that stuggled with her weight at an early age, and she desperately wanted to fit in with her parents, so she and her parents decided she goes to one of those fat camps.

So, back in 2009, when she was 15, she attended Wellspring Adventure Camp in Haywood County, North Carolina. In the video, she shared her personal experience of attending a fat camp.

Hannah’s TikTok video went viral, and we invite you to check it out for yourselves below:

After her initial video went viral, she talked about a lot of stuff that happens there:

Hannah lost 40 pounds in the 10 weeks she was at the ‘fat camp’, but she left with an eating disorder that would haunt her for life.

Unfortunately, she gained back the 40 pounds she lost in those 10 weeks, and she could never figure out how to ‘eat right’, so she remained on diets for 10 more years after camp.

This is how people reacted to the videos: 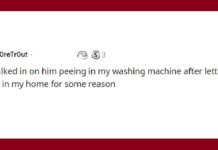 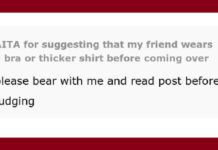 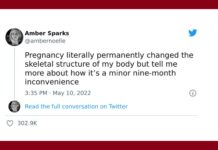 Women Share How Pregnancy Changed The Structure of Their Bodies Forever