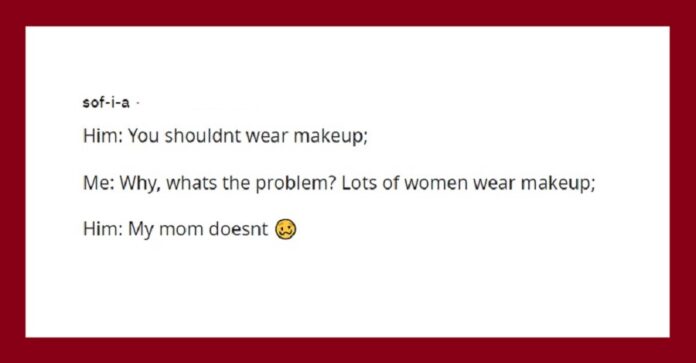 You’ve probably heard the term ‘toxic relationship’, and you’ve either been in one or a close friend or a relative has been in one.
Dr. Lillian Glass defined a ‘toxic relationship’ as any relationship between two people who don’t support each other, there’s a conflict and one tries to undermine the other, where there’s competition, disrespect, and a lack of cohesiveness.

However, toxic relationships are now more prevalent than ever, so it’s no wonder that so many people responded when Reddit user SputtleBug asked women ‘What’s the most ridiculous thing a partner has asked them to change about themselves?’.
Women responded, and we present you with some of the most prominent answers. The list has it all, from genuinely disturbing experiences to some toxic notions that’s make you scream ‘Run, sis!’