Home Women 11-Year-Old School Girl Forced To Bleed Through Clothes After Being Denied A... 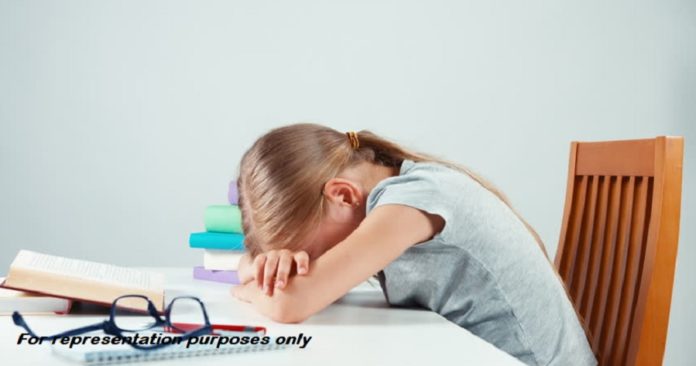 An 11-year-old girl studying at the Cotham School in Bristol, U.K., has been denied access to the toilet at her middle school while on her period, which forced her to bleed through her clothes on two separate occasions.

Yes, you read that right.

The two experiences left the girl traumatized and unable to attend school without feeling nervous and anxious, and her mother has since taken the matter up with the appropriate authorities with the school administration who have failed to protect the girl from the trauma of dealing with such an incident.

The mother revealed in an interview with Bristol Live that the school should not be making young girls feel guilty because she needs to go to the bathroom and sort out her basic care. The girl is not too scared to go to school, according to the mom, in case they won’t let her out of the classroom – and that’s absolutely not what we should be teaching girls!

Young girls are often taught to feel embarrassed and ashamed of their periods, and further enabling the systematic stigmatization of menstruation only makes the problem bigger.

The mother further added that things shouldn’t have gotten as far as her having to bleed through her clothes, not once, but TWICE in the space of a few months. She believes that schools should find ways to help kids, and not traumatize them. 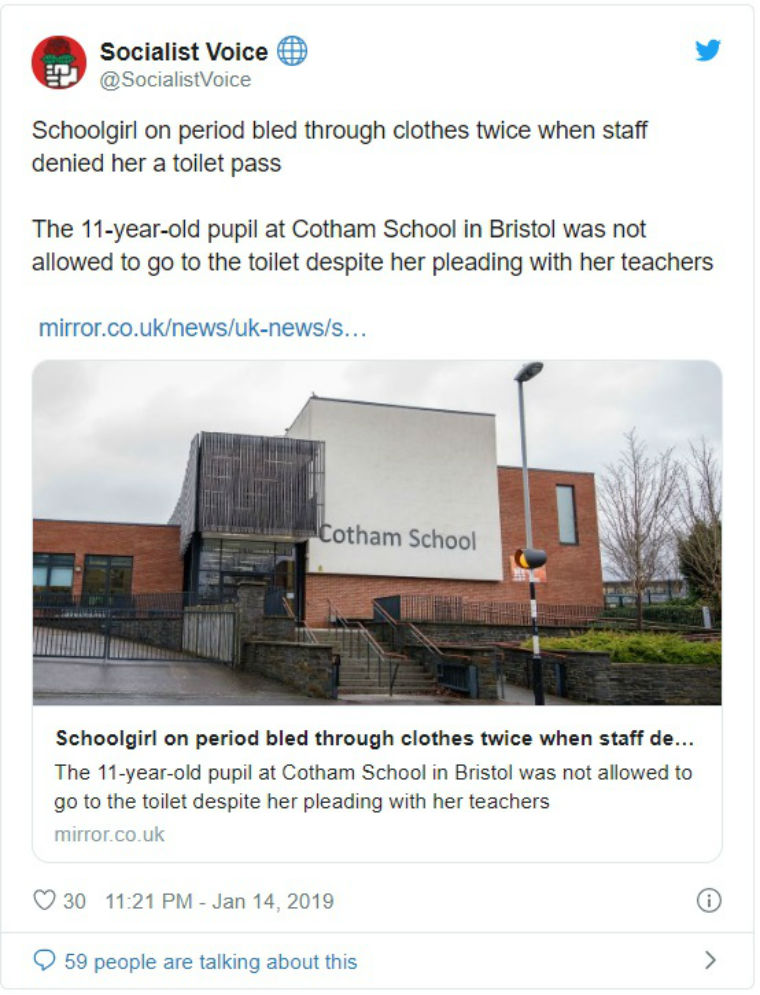 The first incident took place in September, and the second one only a month later. Following the second incident, the mom shared that she couldn’t believe what happened, and she rang the school and complained about it. Even though they seemed sorry it had happened, however, they didn’t tell her how they would make sure it didn’t happen again.

The girl was petrified to go to school, and the mom rang the school and told them that she was keeping her off. The attendance lady told her that she couldn’t keep the girl off school for that reason, and the mother understood that, but was so worried that the incident might happen again. Eventually, she was assured that the teachers would be told and that if there are any problems, they would get in touch with her.

In response to the situation, a spokesperson for the school stated that the school does have a policy not to allow students out of lessons for the toilet as part of their Safeguard procedures. However, they added that they are keenly aware that they have young girls in their care and that, on occasion, they will need to use the toilet outside of the usual break times. They said that it is regrettable that this has happened and that this young girl has felt humiliated and that the media may portray the school in a negative way.