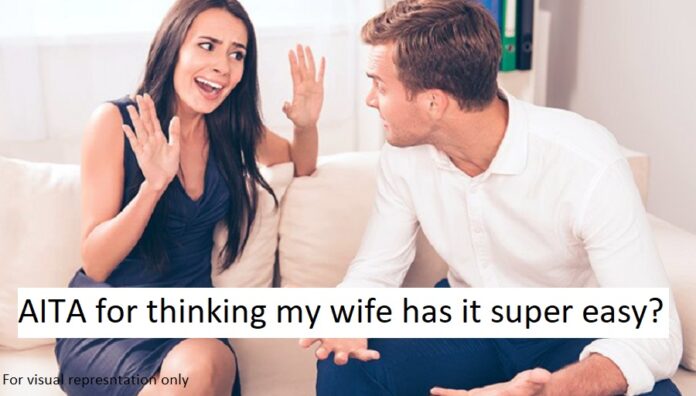 Now with that off the way, let’s get to the story.

One conflicted dad decided to consult his moral compass on the most popular public court – Reddit’s Am I The A-hole subreddit. In his story, the dad wanted to know if he was in the wrong or not for being honest with his wife about her role in the family. Namely, he believes that she has it super easy just because she doesn’t work and she stays home, taking care of the home and the kids. He wrote that they have 4 kids, aged 5, 4, 2, and 8 months, and his wife doesn’t have to work because she has a passive income (rich parents).

Now, the dad got to spend a few days being a stay-at-home dad, and he realized that he loves it. However, he also realized that his wife has it easy – and he told her that. Now, he wanted to know if he was in the wrong or not.

Check out the story below, and decide for yourself. 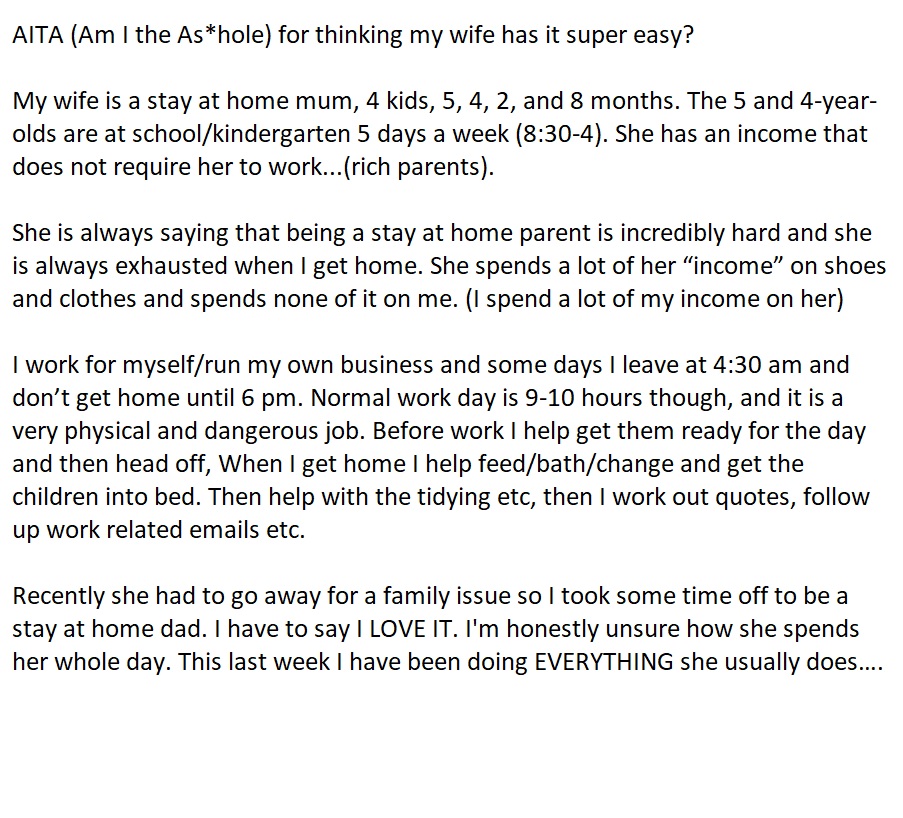 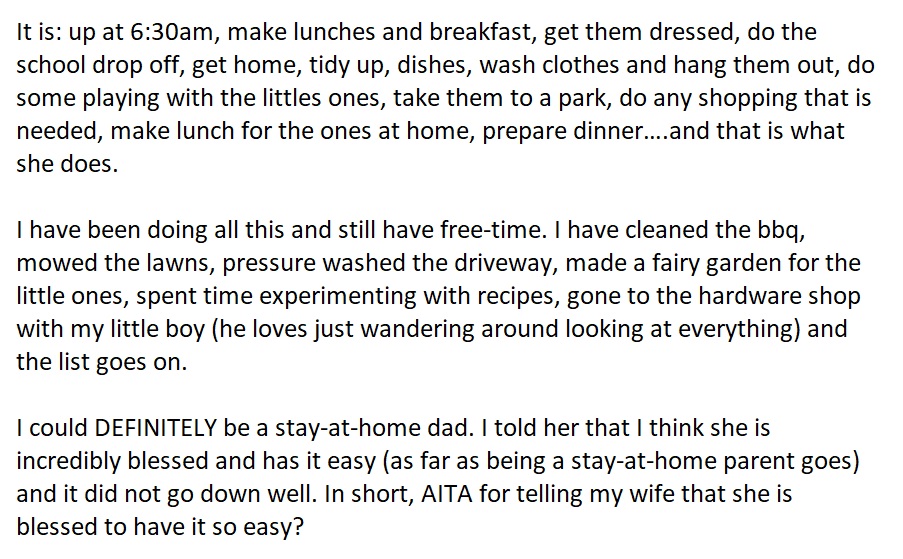 Most people agreed that the dad is, in fact, the a-hole here, and they had valid points towards that: 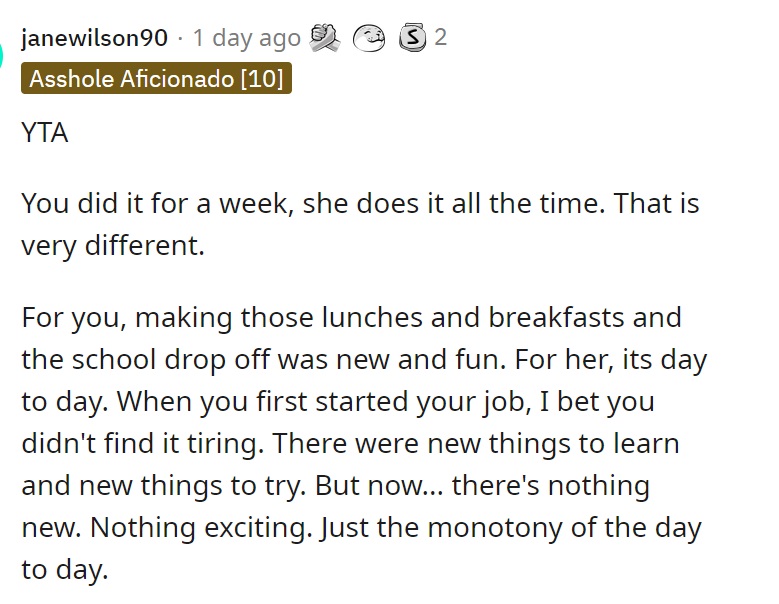 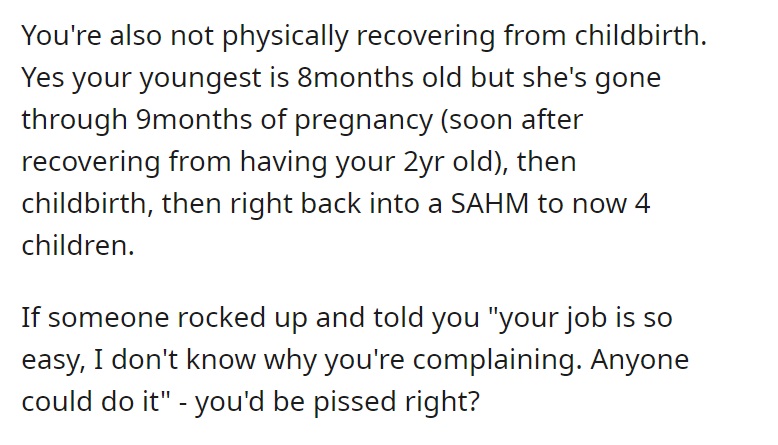 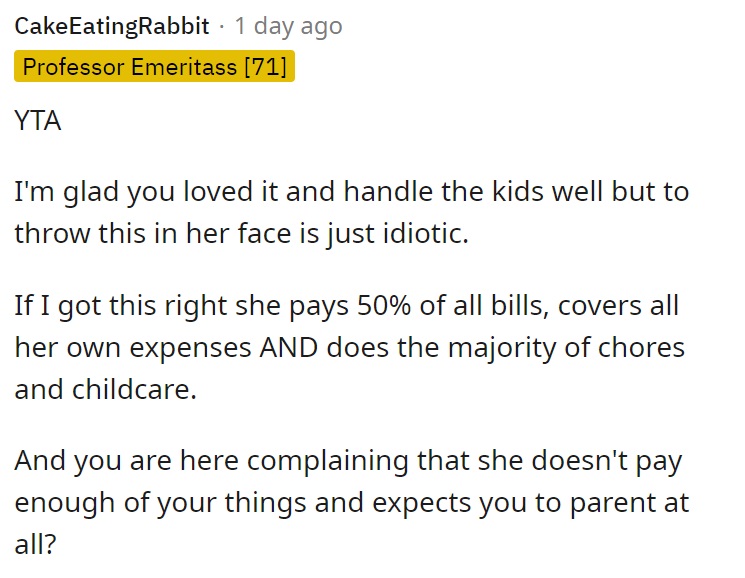 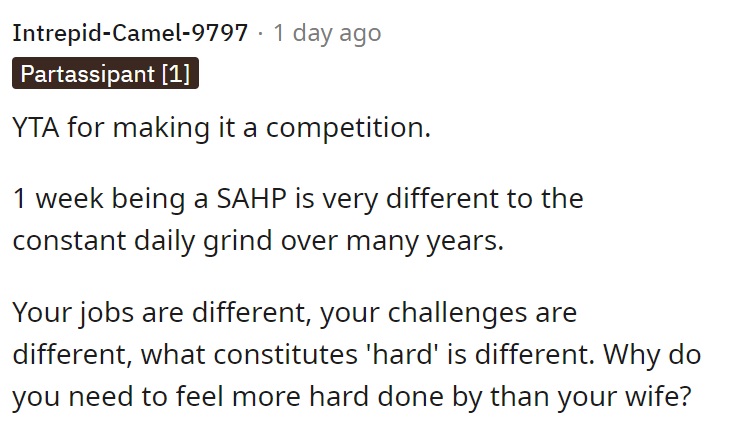 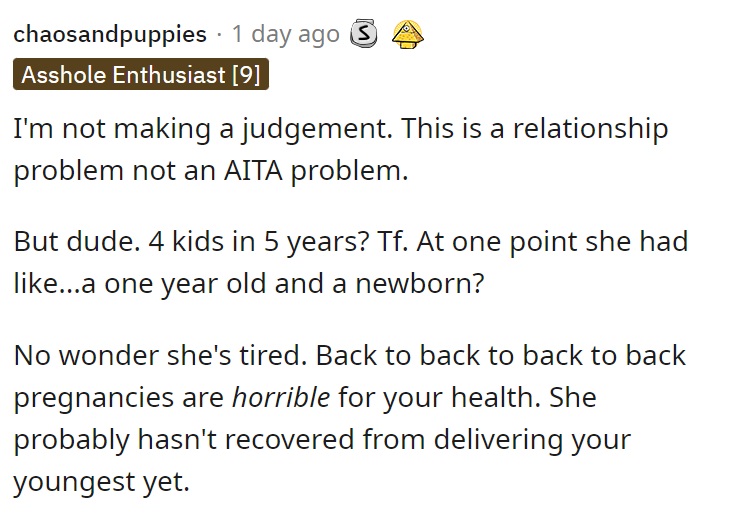