Well, if this woman wanted to get a divorce, she’s got the perfect reason now.

A wife has recently revealed a spreadsheet that her husband sent her, detailing some of his failed attempts and rejections.  Yes, the spreadsheet even includes a column containing her “excuses” for turning him down.

The frustrated 26-year-old fella wrote down each time he was rejected for a month, and he collated the data into an Excel document. He then emailed the spreadsheet to his wife as she arrived at the airport ahead of a 10-day business trip.
She was stunned by his “research” and tried to get in touch with him, but he refused to answer her calls, so she decided to share the spreadsheet on Reddit.

The wife shared that they’d been together for five years and married for two, and they bought a new house five months prior. She explained that their lives have been crazy busy, and they spent all spring renovating their new house. She also added that she was given nearly double her usual workload after some of her colleagues were laid off, and she was also visiting the gym very regularly.

Her husband sent her the message to her work email while she was in a taxi on the way to the airport. 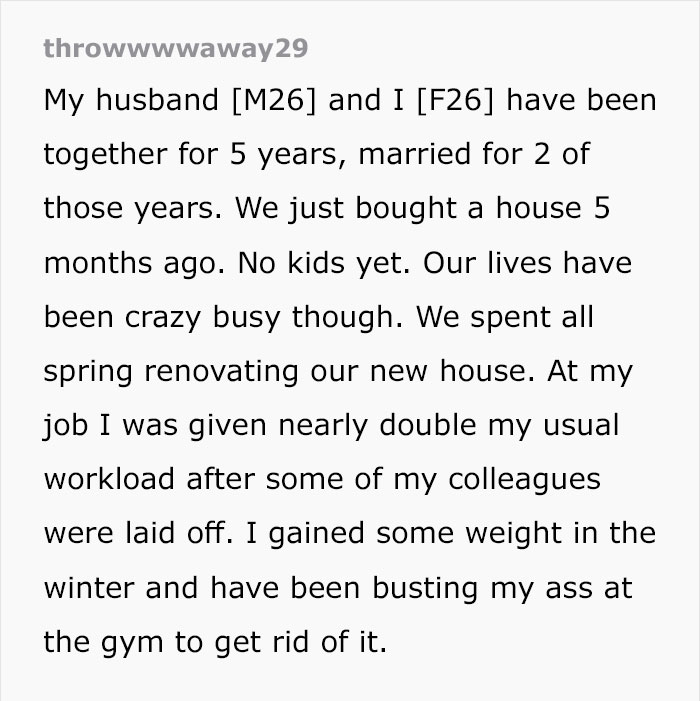 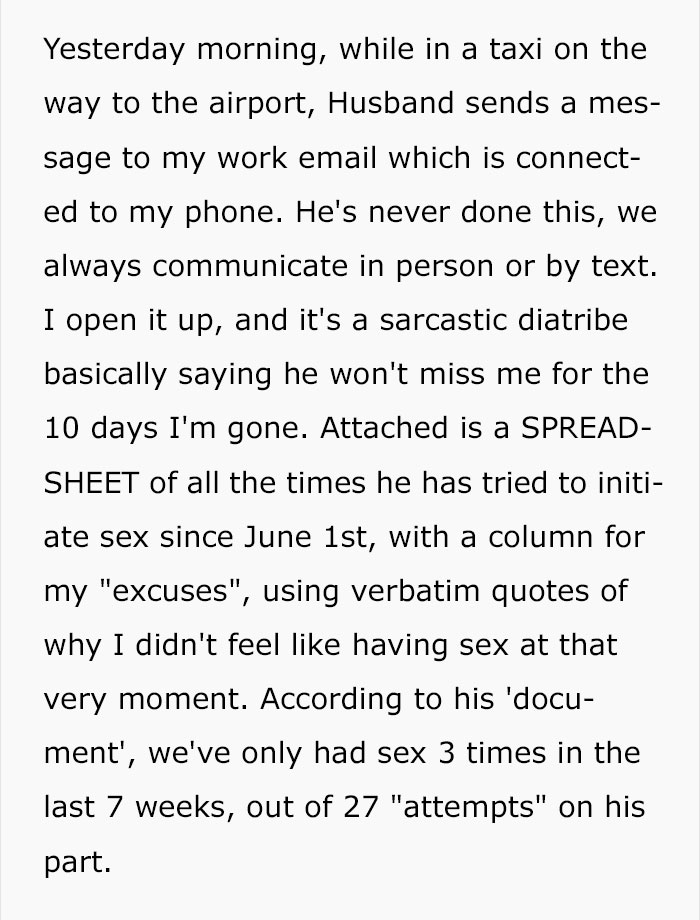 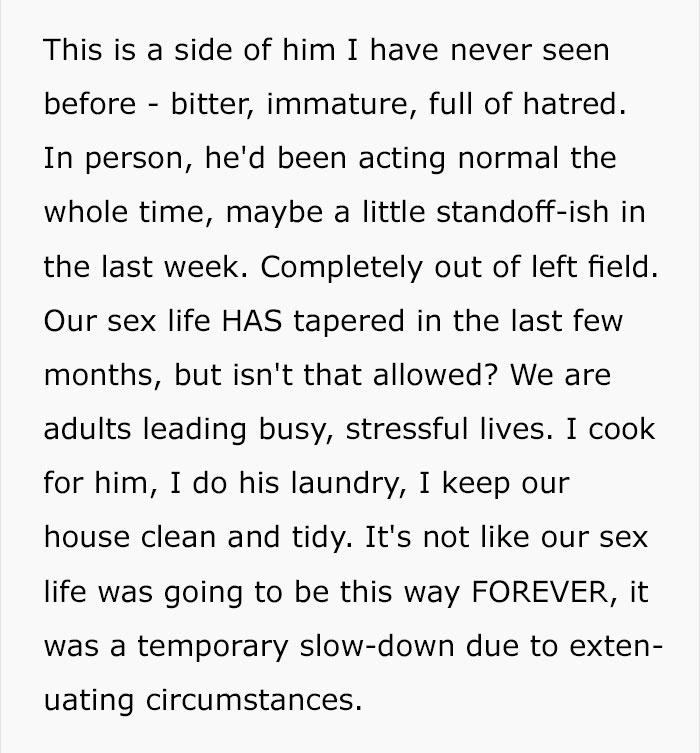 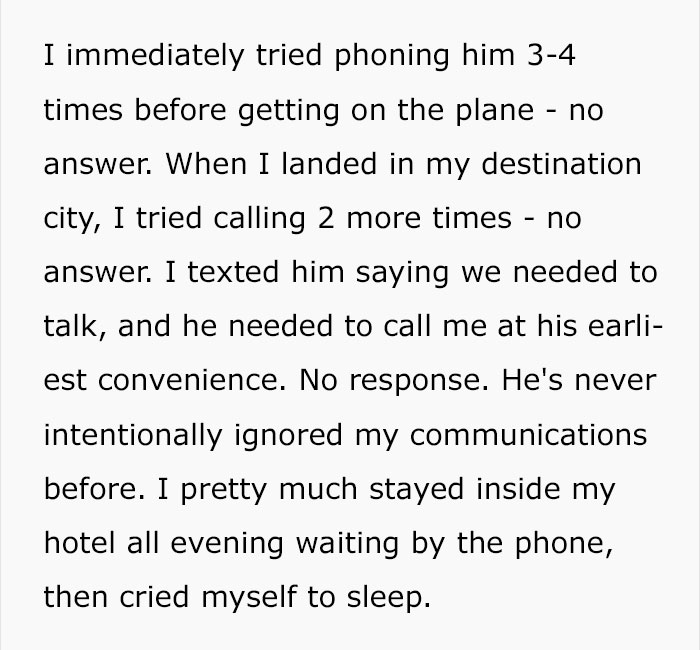 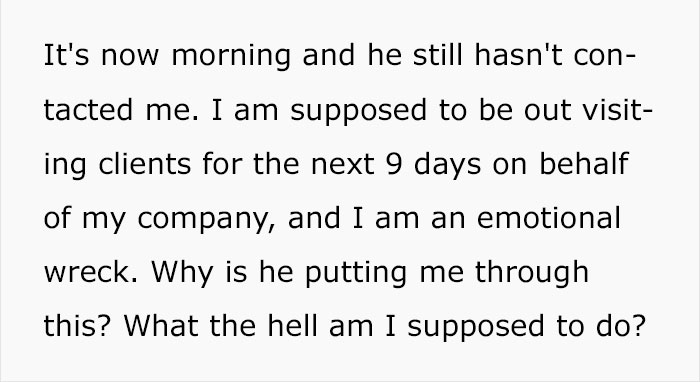 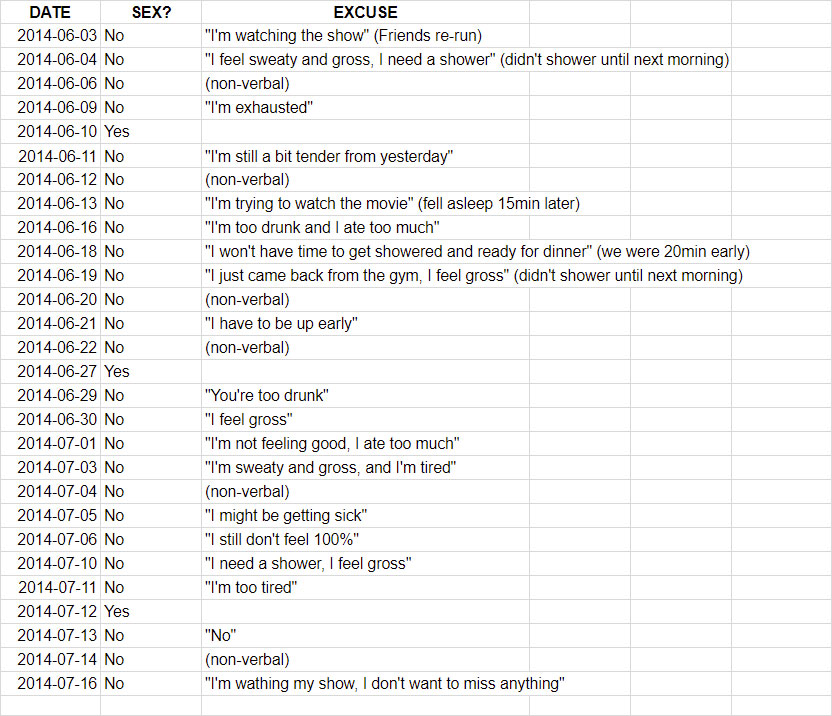 Unsurprisingly, the majority of people took her side, and many criticized her husband’s “immaturity”.