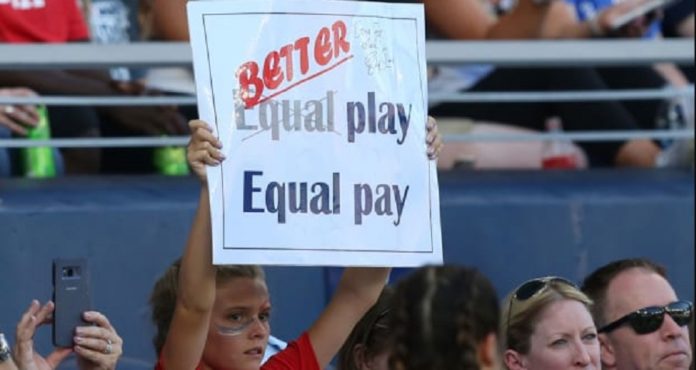 A California district judge issued a summary judgment on Friday in which he ruled against nearly all of the United States Women’s National Team’s claims under the Equal Pay Act and Title VII that their wages create gender-based pay discrimination.

The judge declined to issue a judgment on unequal treatment, and the two players that are listed as plaintiffs in the case, Megan Rapinoe and Alex Morgan, said that they anticipate an appeal.

Even though the United States Women’s National team is one of the most dominant teams in the sport, and the team won the World Cup last year, the biggest soccer tournament in the world, U.S. Soccer is legally supported in their refusal to pay women doing the same job as men an equivalent salary.

“We are fighters and we’ll continue to fight together for this.” @USWNT #WorldCup champions @mPinoe and @alexmorgan13 speak out on the latest setback in their equal pay fight and what’s next. https://t.co/0nOJnS4zxy pic.twitter.com/iJhHszhKyB

According to Judge Gary Klausner, the women’s team made more money than the men’s team, which means (by his logic) that there cannot be pay discrimination. However, the reality is much more complicated than that. The women’s team made the additional money from winning many more games, which allowed them to play even more games, including earning more prize pots from big tournaments.

In reality, though, the men kept losing, and thus got booted from tournaments, while the women won their fourth World Cup, which allowed them to play 23 more games than their male counterparts.

The women’s CBA focused on securing higher base salaries for players and other “small lady things” like child care, paid maternity leave, and medical insurance, while the men’s team was only worried about money during negotiations. The reason behind this is that insurance and other benefits are guaranteed by Major League Soccer. To add to that, U.S. Soccer and the men’s national team included a pay-per-play bonus structure in order to award extra money to the players for each game played, and an additional bonus for tournament wins. The women, on the other hand, already have lower salaries, and they only earn bonuses from prize money, so the reason why the men earned relatively less than the women is because of their poor performance.

According to U.S. Soccer, though, the women rejected a similar paid playing offer during their CBA negotiations.
Megan Rapinoe told Good Morning America that if they were under the men’s contract, they’d be making three times more than they do now. She added that the men’s contract was never offered to them, and certainly not the same amount of money.