More than half of the world’s population is currently in some form of quarantine, and the stories in the Am I The A-hole sub-Reddit are escalating. Recently, one user decided to ask fellow Redditors if he’s in the wrong for not sleeping in the same bed as his pregnant girlfriend. Yes, you read that right.

The user shared that their 23-year-old girlfriend is seven months pregnant, and she has “terrible IBS”, so she has to lay on the floor with hot water bottles, and is often in pain from her condition. However, pregnancy has made it even worse for her, and her pain is somehow annoying him. This is the post he wrote: 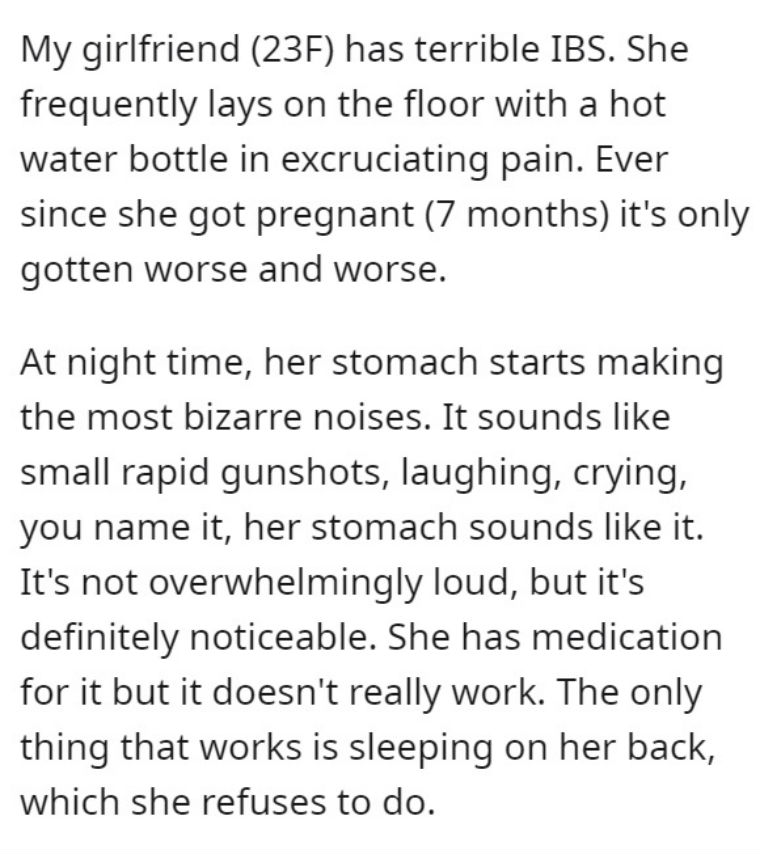 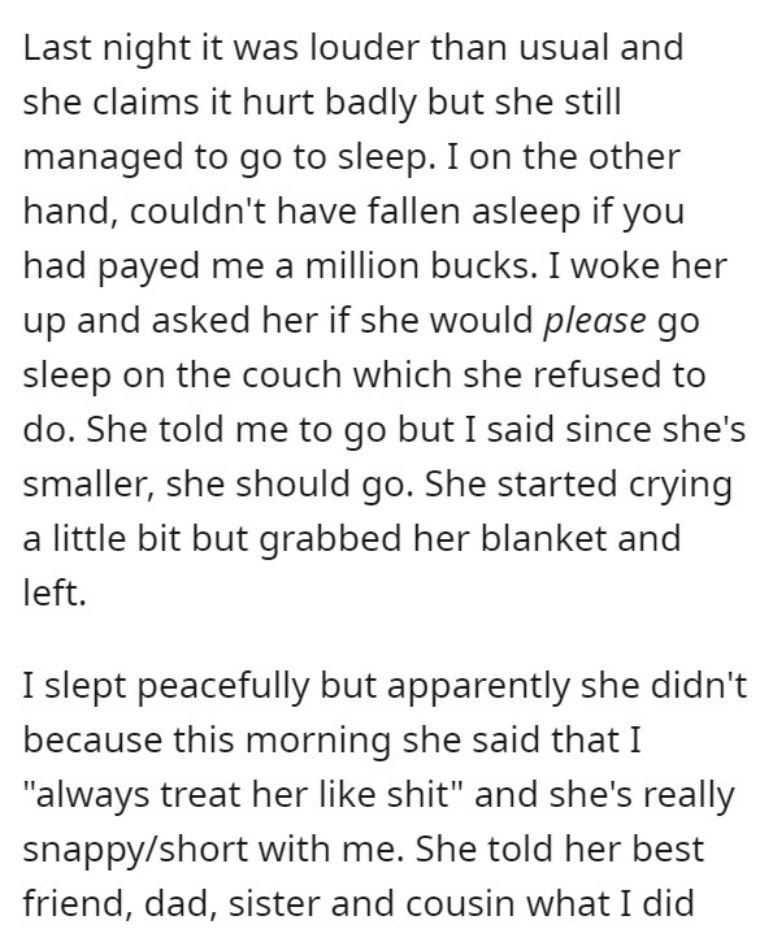 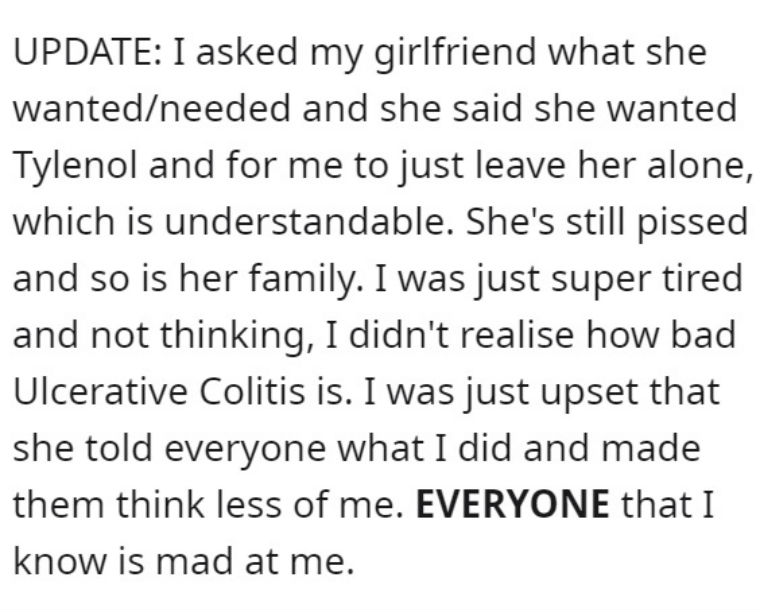 Expectedly, the vast majority of Redditors agreed that he’s absolutely the a-hole in this situation, and they suggested for him to get his stuff together and be there for his heavily pregnant girlfriend. 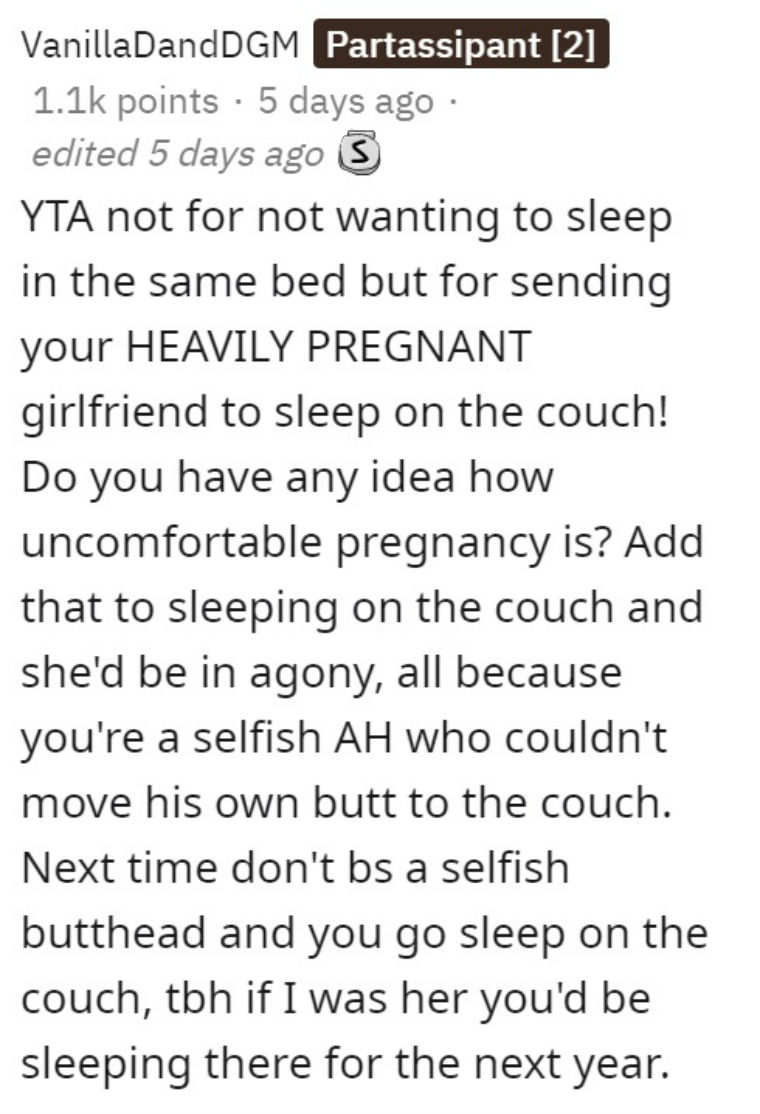 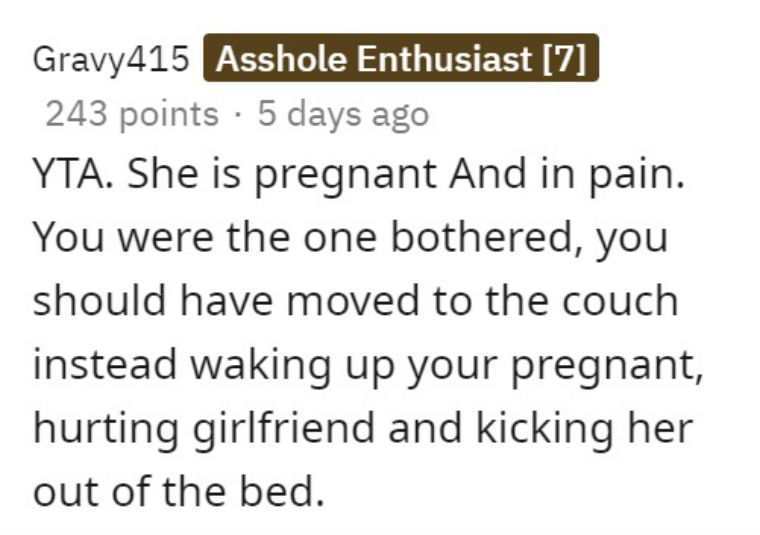