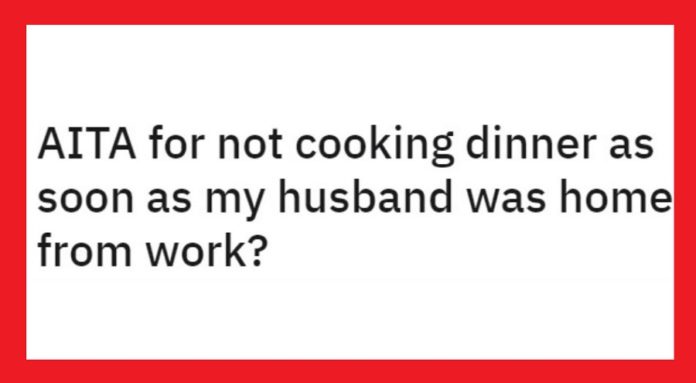 You’ve probably participated in a conversation where the other person expects you to take on their side, but you kind of side with the person they’re complaining about and you see their point. Well, this is exactly what happened when one woman shared her story on Reddit’s AITA sub. She explained that her husband is still working during the quarantine because he’s doing an “essential construction”, and they used to eat takeout “99 percent of the time” before the global pandemic. However, she now writes that they’ve decided that she would start cooking all dinners now since she’s home all day and they need to save money.

So, they decided that they would start cooking their meals during the lockdown, and the husband is now complaining that there’s no dinner ready when he gets home from work. The wife, though, shared that she wants to spend “at least 30/45 minutes talking about their days since she’s got no social interaction until he’s home”, and only then she’ll get up and start making dinner.

She hates the fact that her husband nags her to make dinner right away when he gets home, and she decided to ask Reddit whether she’s in the right or wrong here. Check out the post below and decide for yourself: 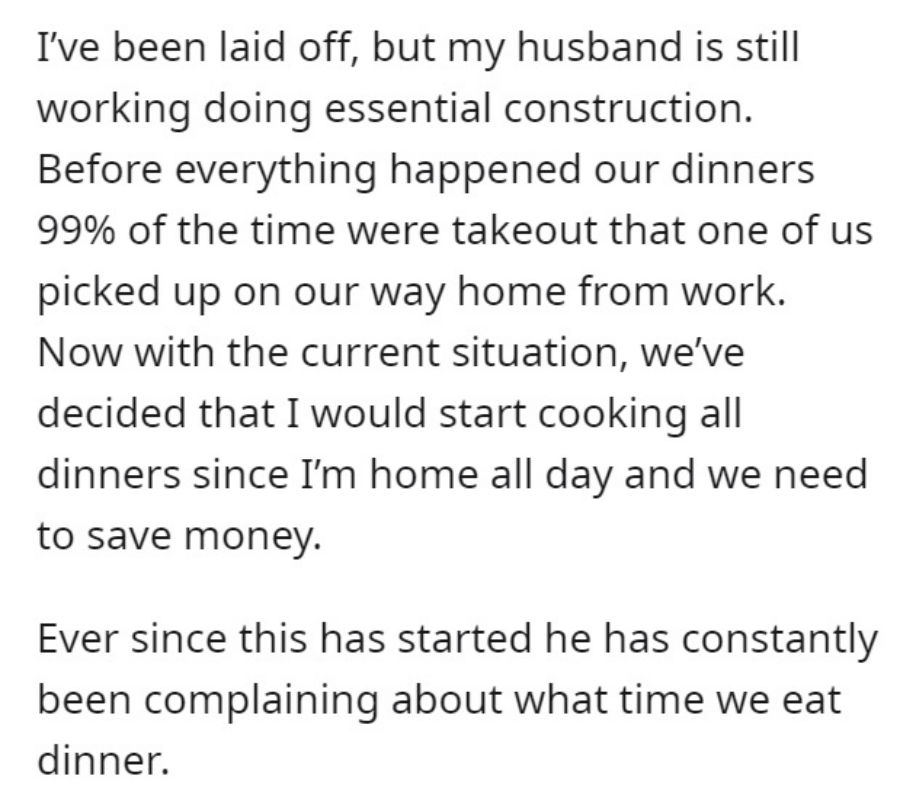 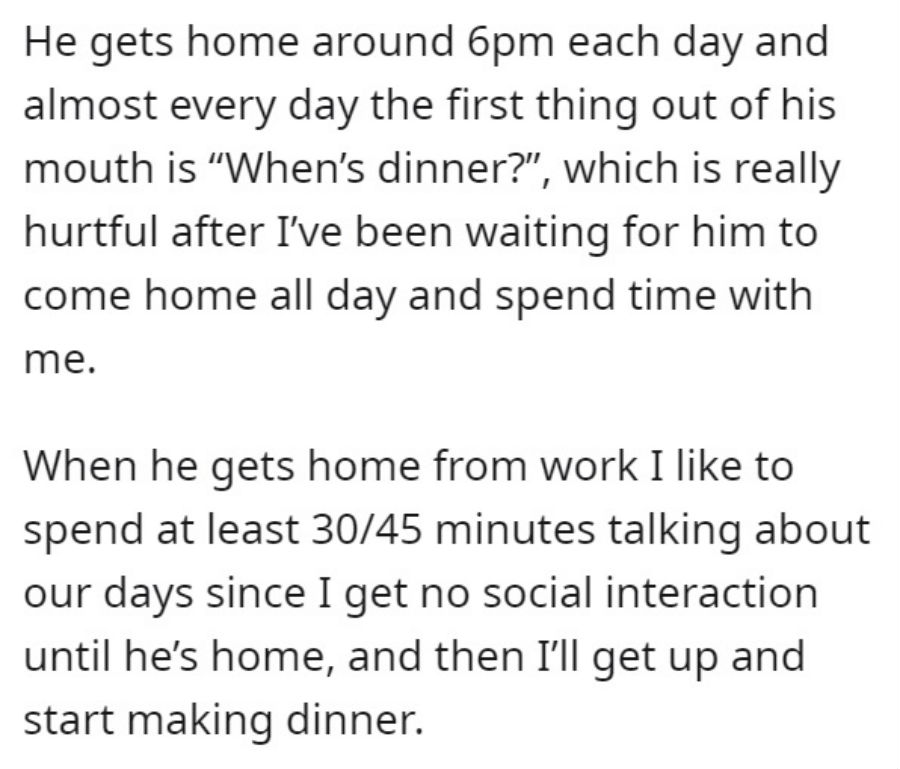 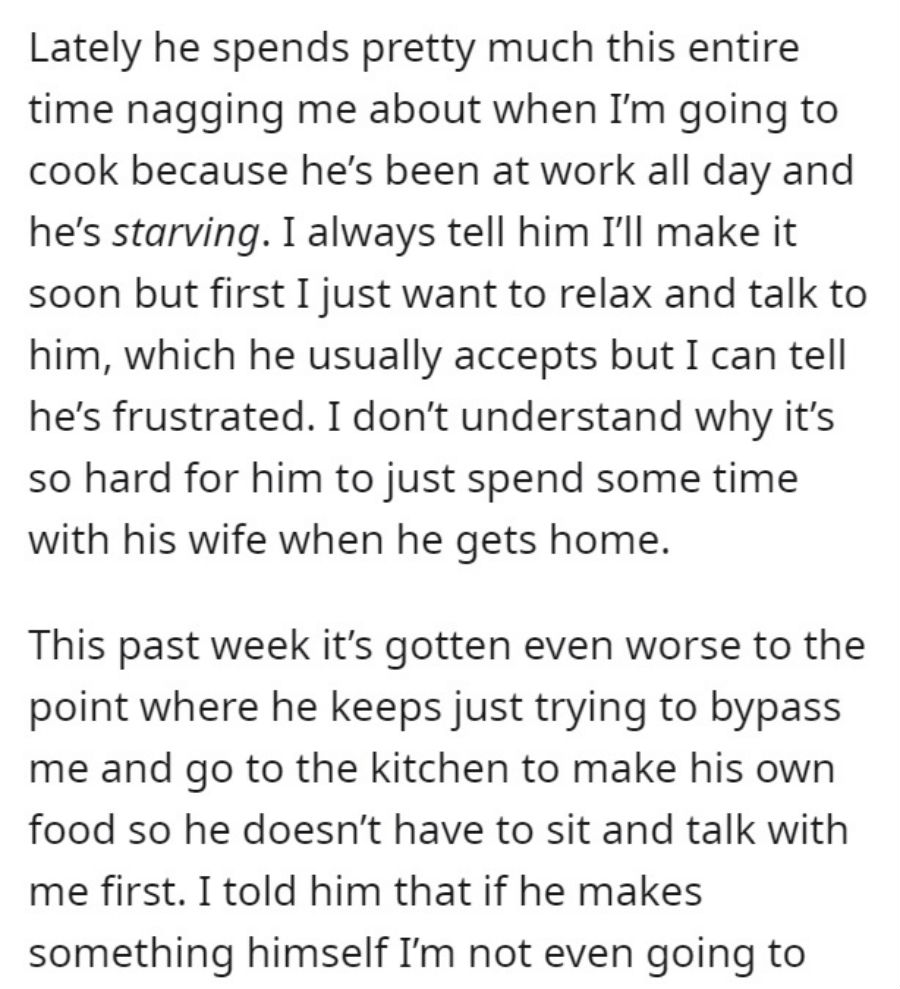 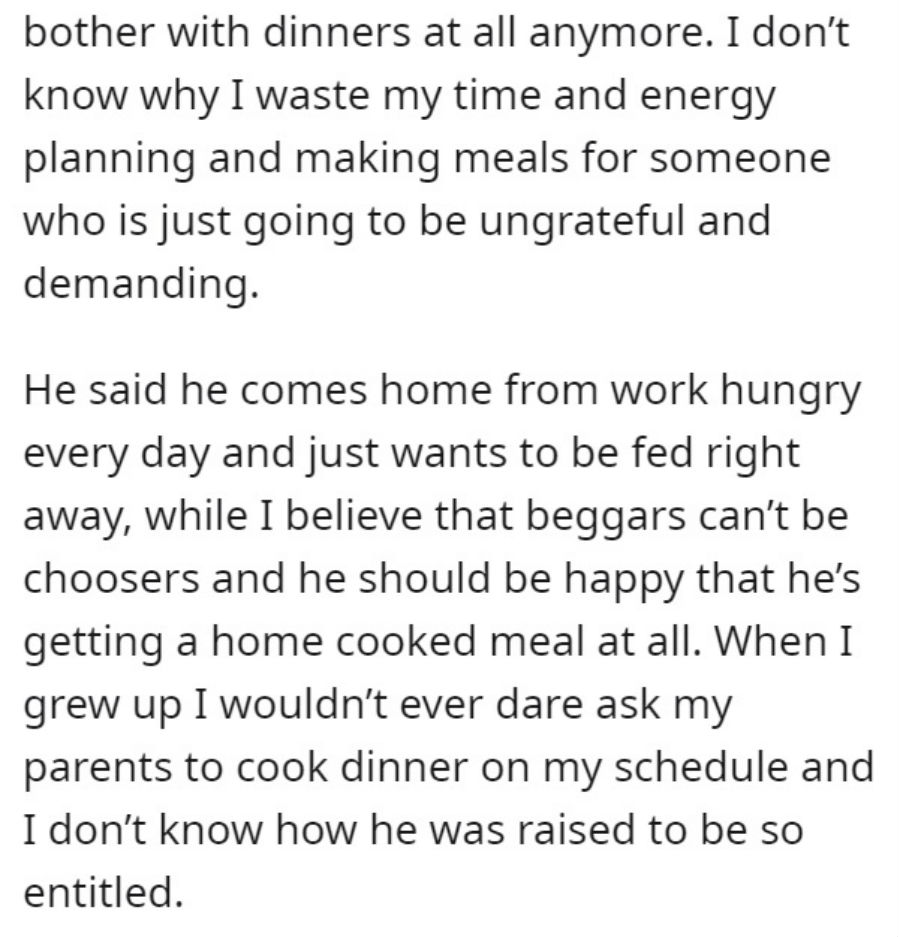 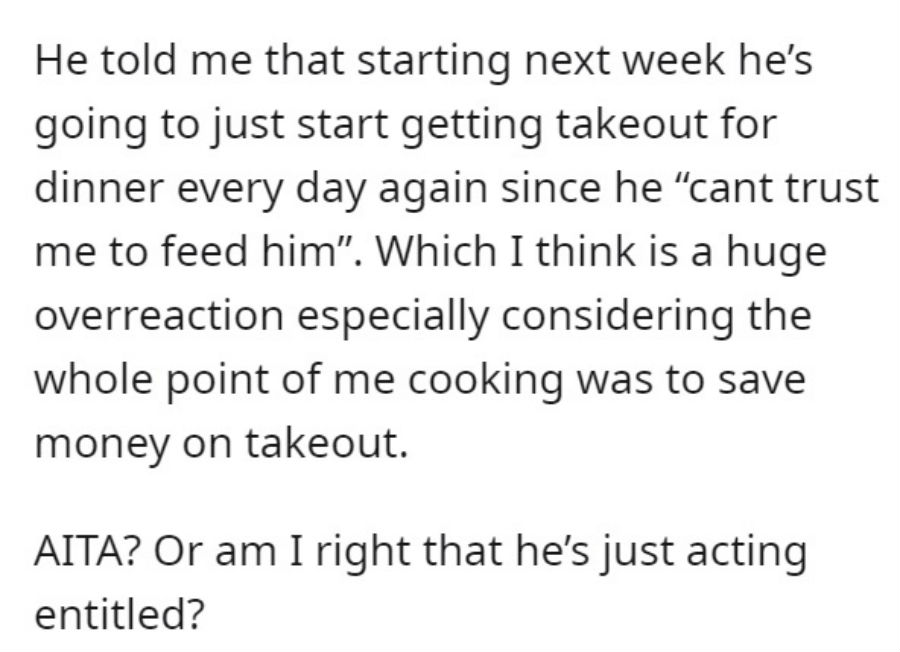 After the post gained popularity on Reddit, most people accused the wife of being in the wrong here, most of all because they agreed that she would be cooking dinner. So, she posted a few updates: 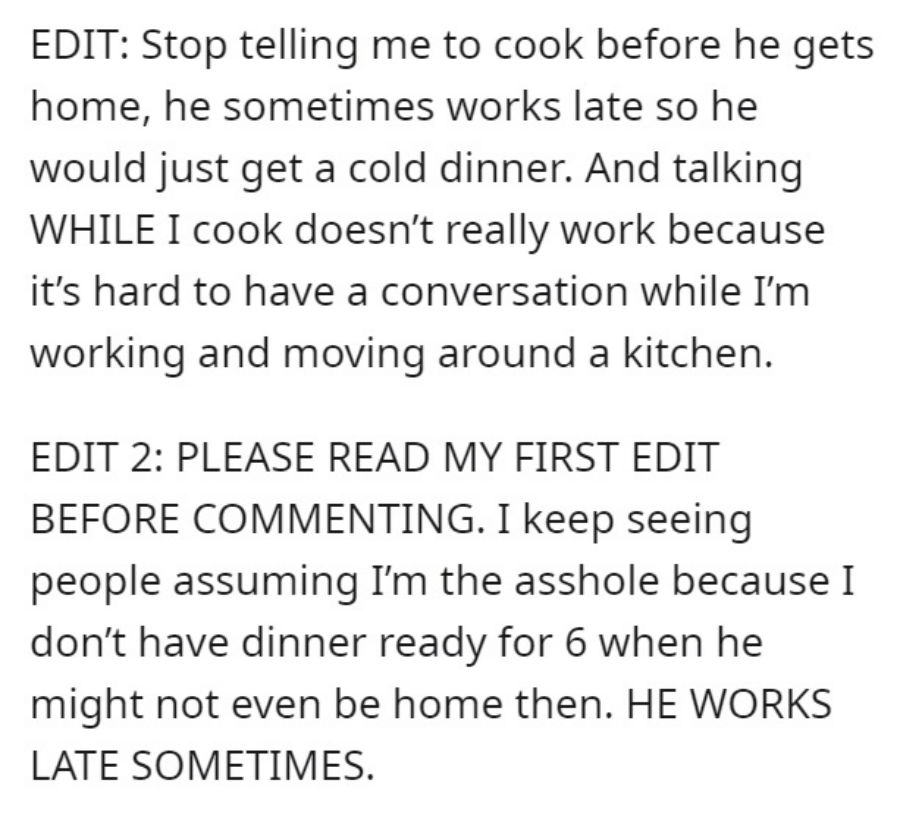 Even though, people still thought that she’s the a-hole here, mostly because they made an agreement. To add to that, someone questioned: How pleasant can talking to a very hungry person be? 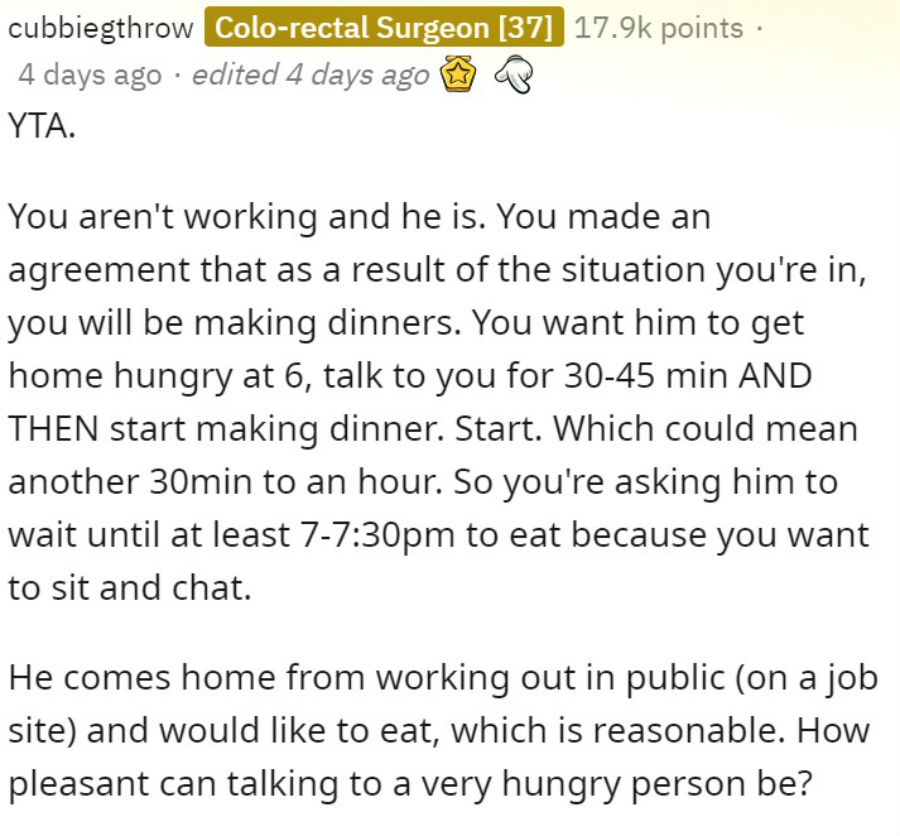 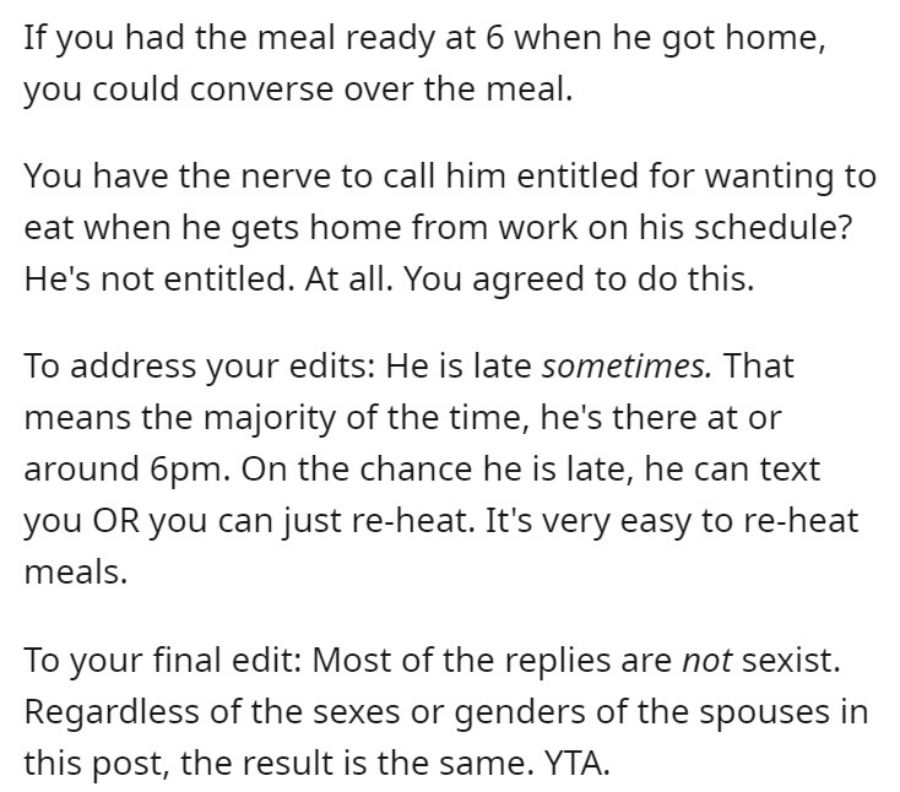 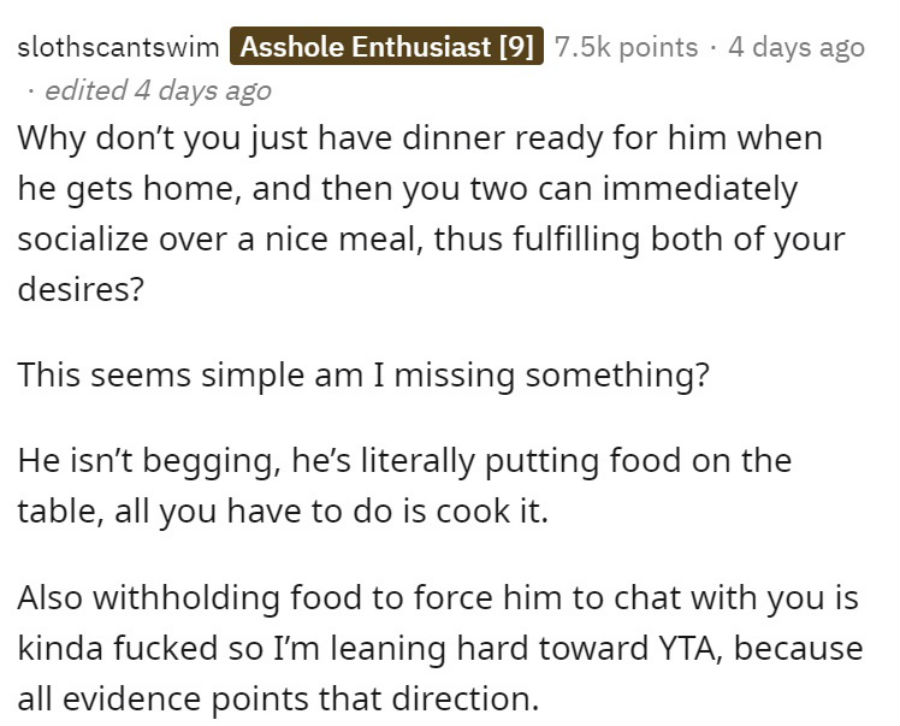 Eowyn’s Line In ‘Lord Of The Rings: The Return Of The King’ Is Still The Most Powerful Line Of All Time

Clothes Don’t Have Genders. Lingerie Brand Claps Back At Haters With Male Model

62-Year-Old Woman Spent Her Life Savings On Husband Half Her Age, Now She “Feels Stupid”