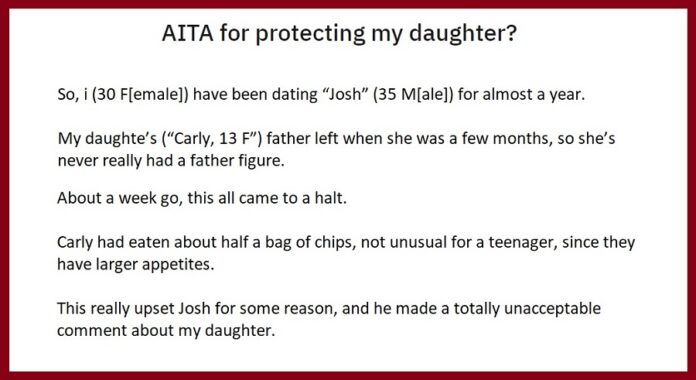 If there’s one thing for certain is that parents will protect their children with whatever it takes. So, rather understandably, some parents are prone to losing control of their emotions if they see that someone is trying to harm their child, emotionally or phyiscally.
Of course, you shouldn’t get physical with someone, but sometimes some parents might make some decisions that other might consider drastic.

Case in point, one Reddit user recently shared the story of how she decided to put an end to her relationship after her boyfriend made some inappropriate remarks about her daughter.

The Original Poster shared that she initially had high hopes for her new relationship, and she genuinely believed that her daughter and her new boyfriend would get along. However, it all changed when he made some remarks about her daughter.

After she decided to dump him, however, her friends and family told her that she did wrong, so she decided to take it to Reddit’s Am I The A-hole subreddit and asked whether what she did was wrong. Check out the story below, and decide for yourself. 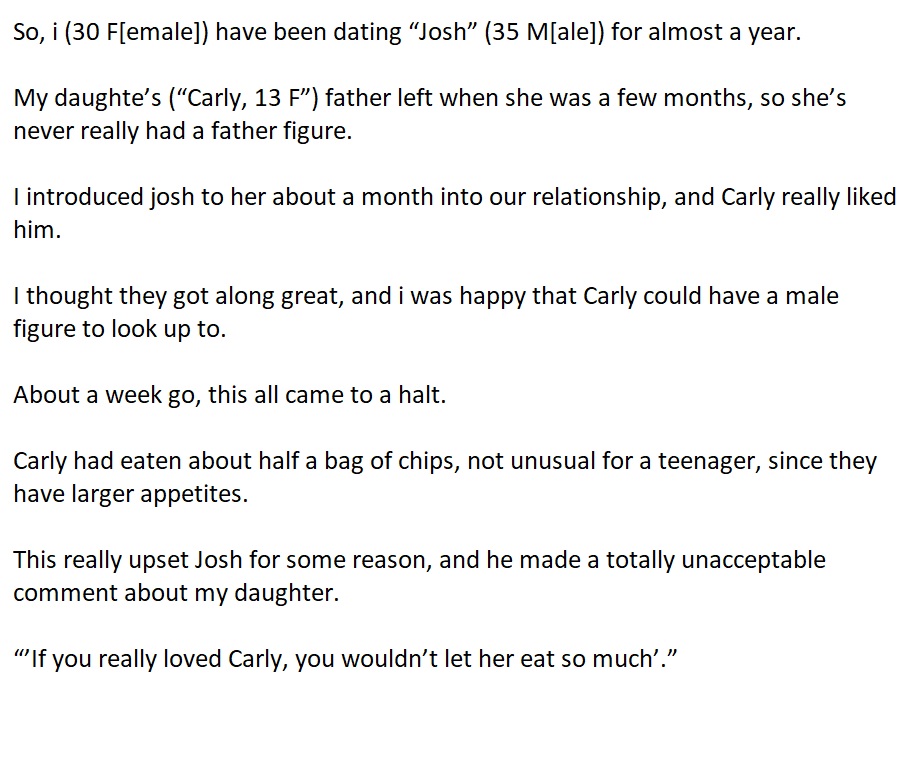 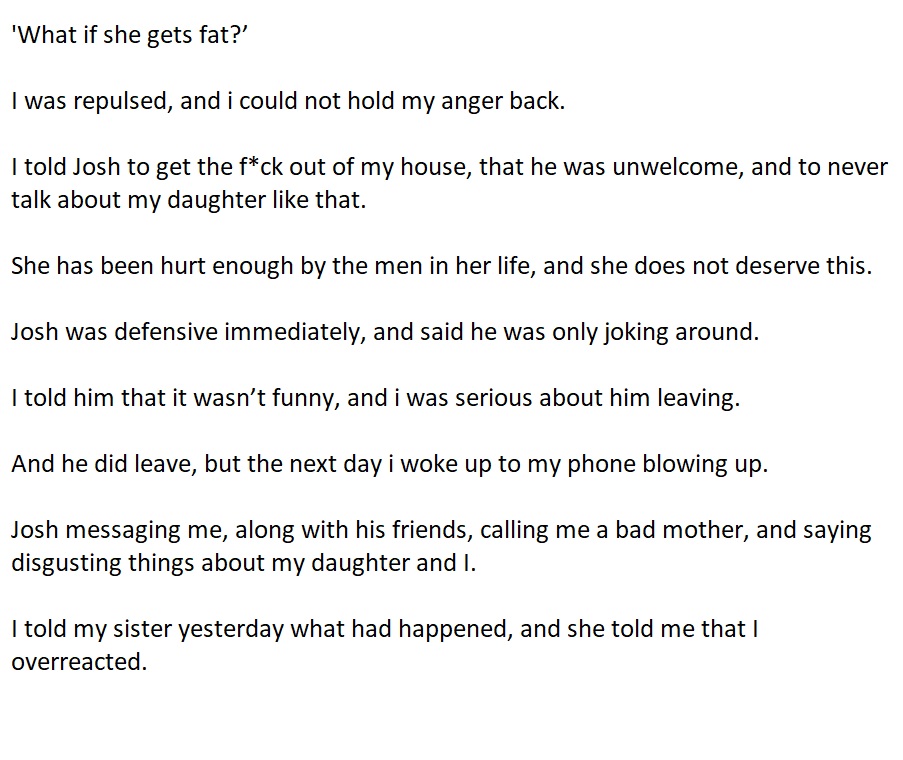 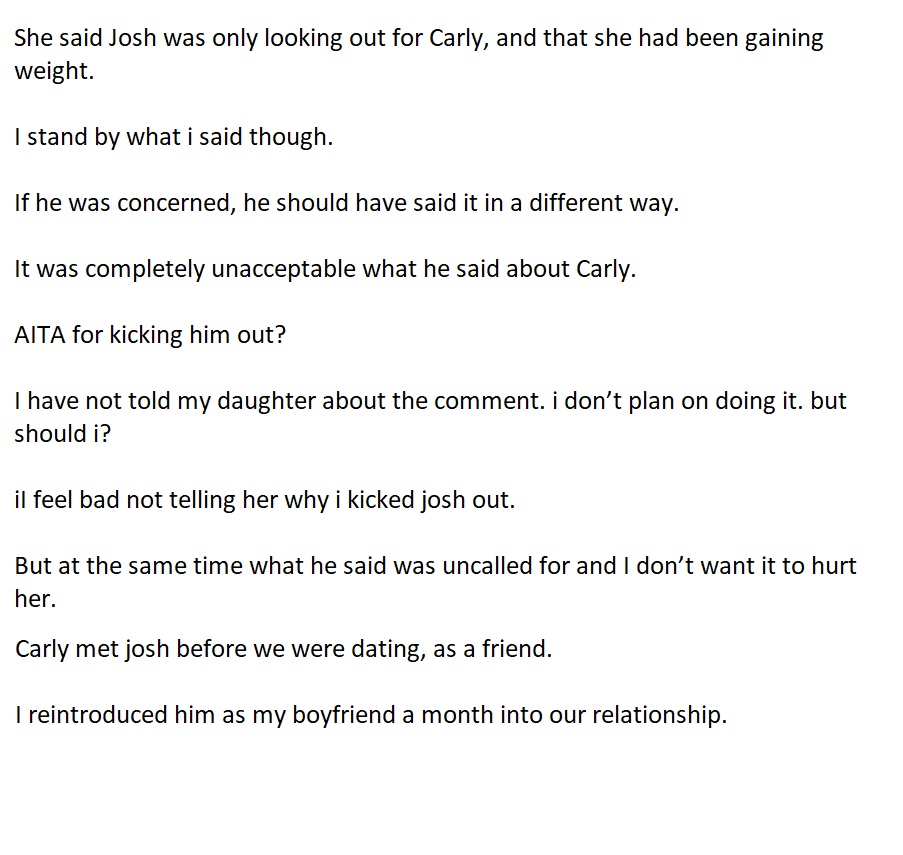 Reddit voted that she wasn’t in the wrong here for ending her relationship with Josh. If anything, they agree that Josh’s remark was a red flag, and he and his friends harassing her after she kicked him out made things even worse. 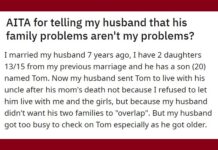 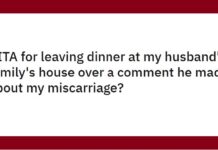 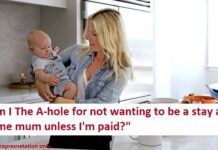 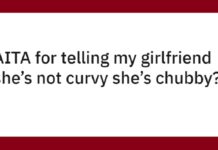