A recent Gallup poll has revealed that more than 54 percent of American men aged from 18 to 49 would prefer their wife gives birth to a baby boy.

Rooting for one gender is very, very wrong, but we’re all aware that it’s still the case – especially in underdeveloped countries. However, one would think that this is long gone in the US, but it turns out it’s not the case.

The following story was shared by a 27-year-old pregnant woman that’s expecting her first baby. However, she shared that her in laws are pressuring her about having a baby boy, even after her doctor’s appointment came and it turned out to be a girl.

To make things worse, her own husband stood behind his family (the woman’s in laws) and told her that she has no choice until the situation cools down. Eventually, they decided to make a baby shower for her, only to bring exclusively blue balloons and boy’s clothes.

Understandably, the mom-to-be was very, very upset, and she walked away from her own baby shower.
Now, she wanted to know if it was the right thing to do, and whether she was in the wrong or not. 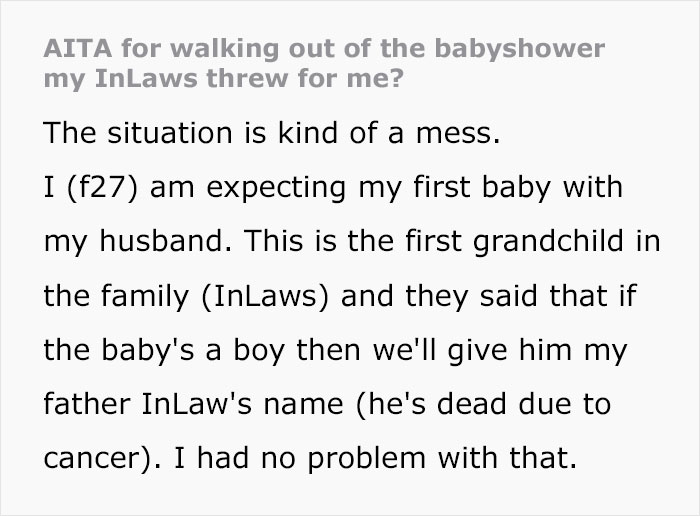 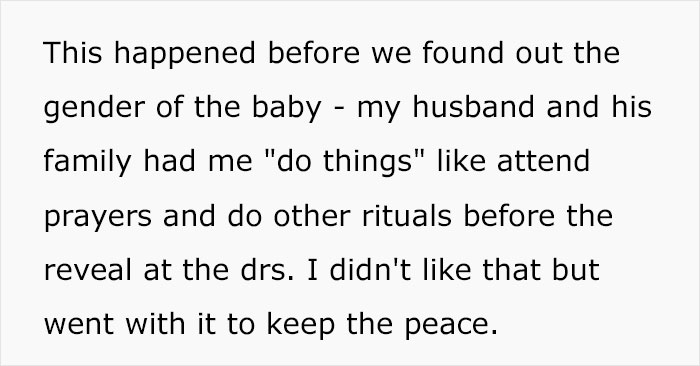 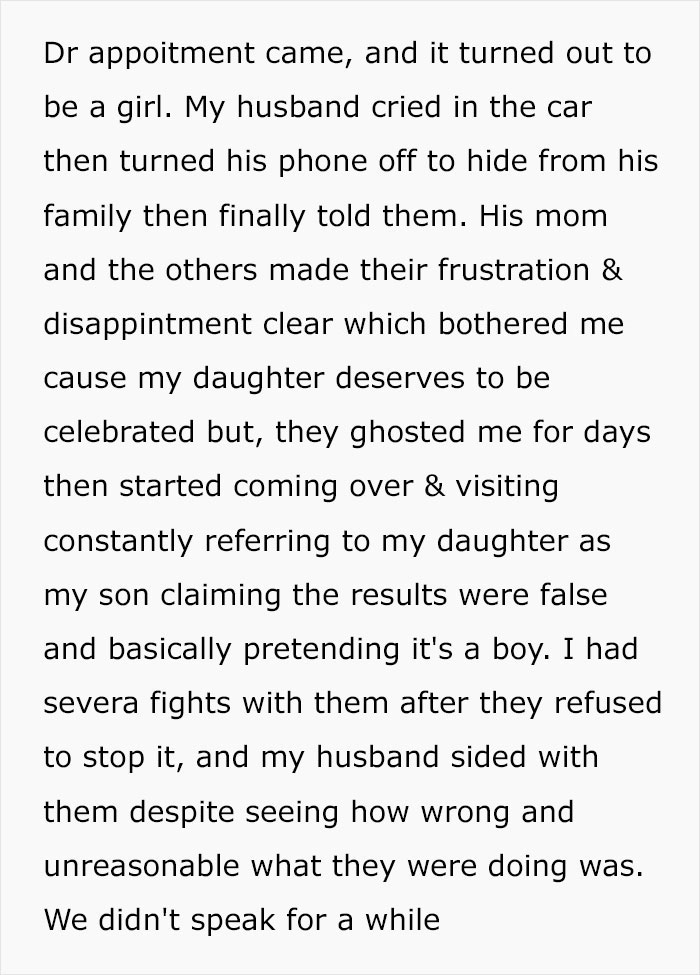 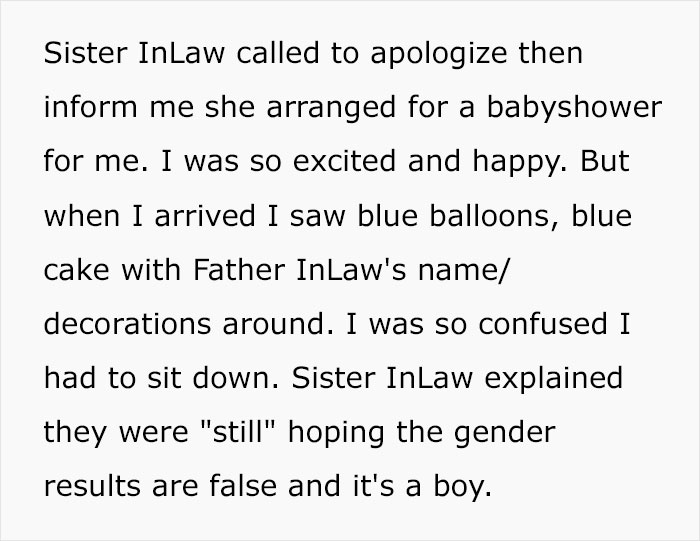 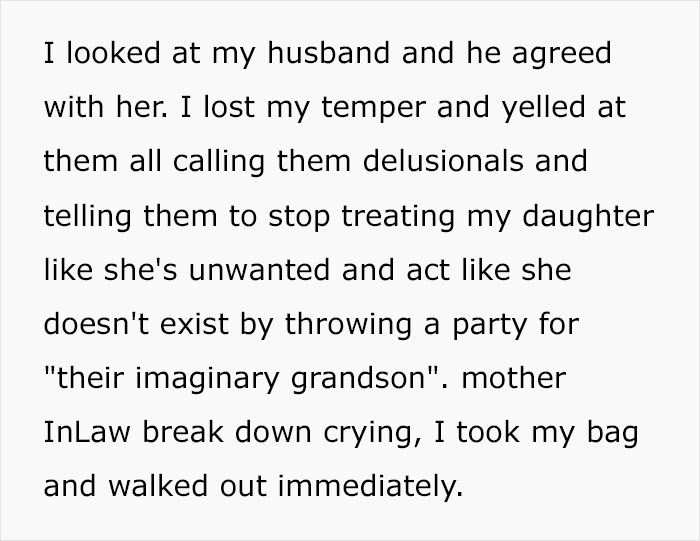 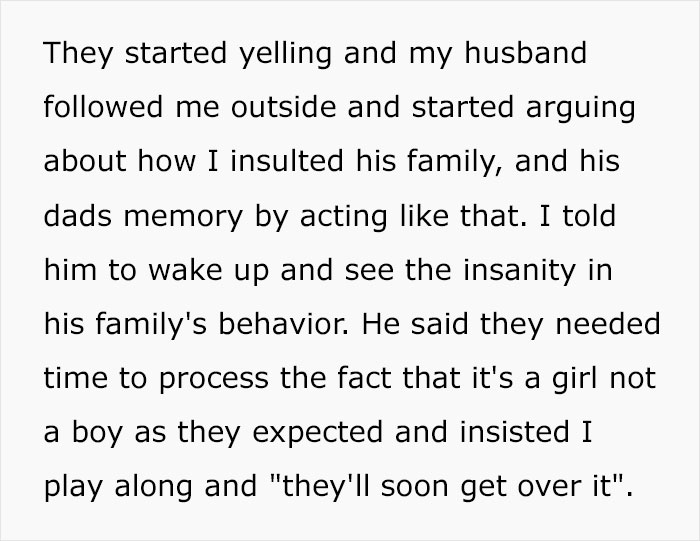 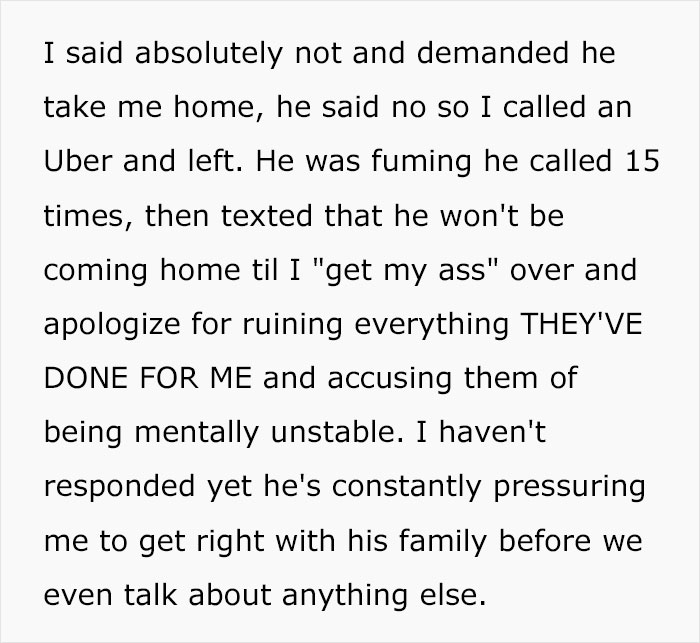 This is how people reacted to the story. Almost everyone voted that she’s not in the wrong here, and she should leave her husband for good! 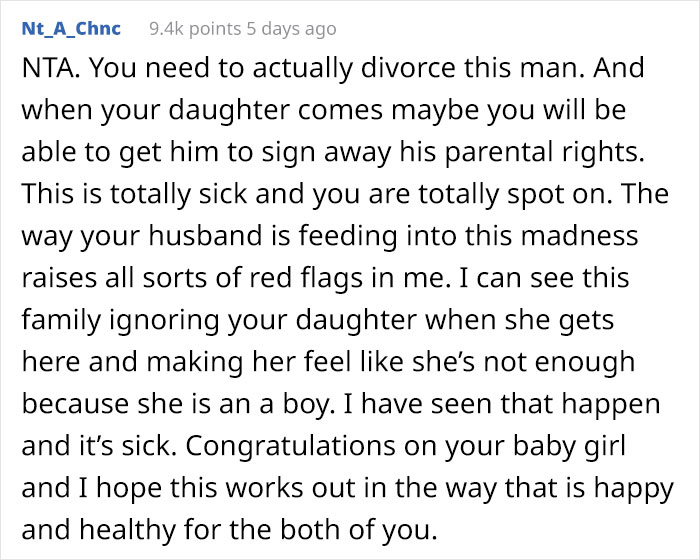 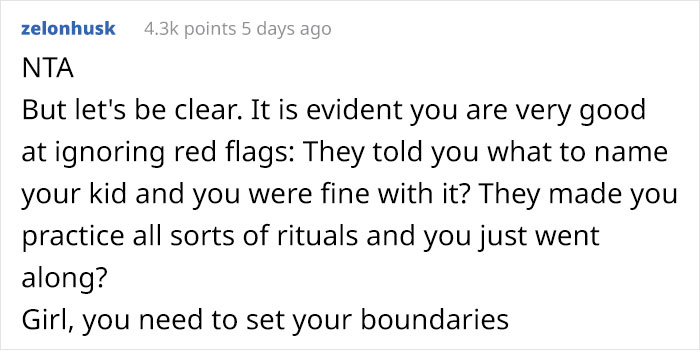